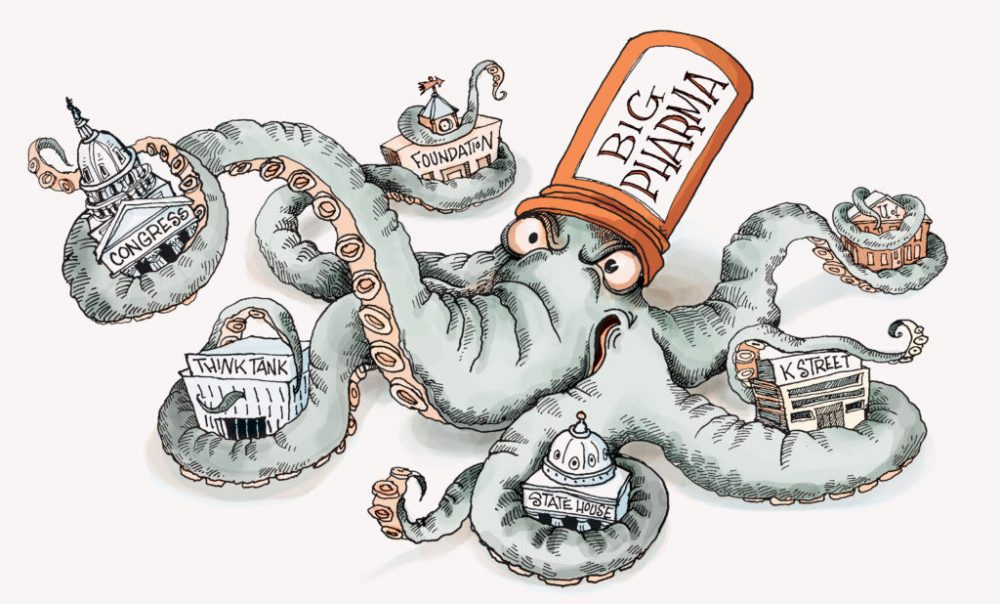 So now we don’t have to listen to what those doctors said in front of the US Supreme Court, because it turns out that one of them has some whacky beliefs about sex with demons causing reproductive disorders. What a relief.

I’m not going to pretend that the things Dr. Stella Immanuel has said don’t sound just a little crazy to me. They do. But I’ve been observing this game long enough to have a pretty good idea of how this works: 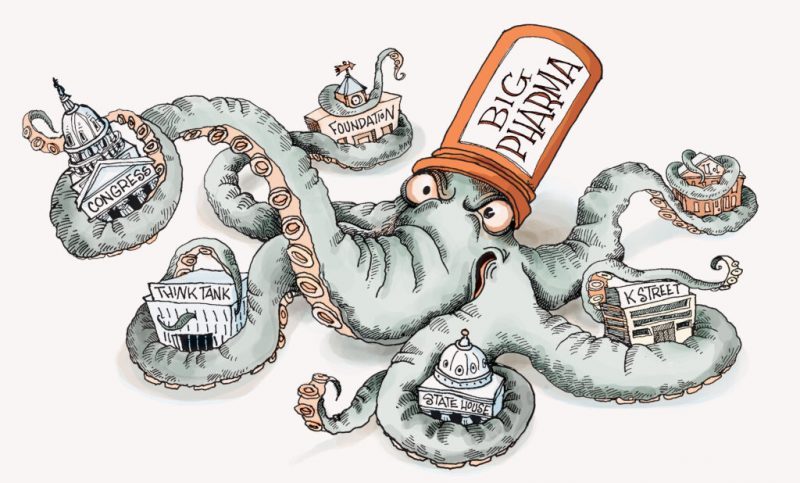 Someone says something that contradicts the dominant narrative (in this case, the narrative about medical science), and the machine that supports that narrative goes into overdrive to discredit them, with whatever information they can dig up – as long as it doesn’t involve discussing the actual substance of what the person has said.

I understand that for some people, maybe even for a great many, that is the end of the conversation. So for everyone who is satisfied with the “fringe doctors promoting hydroxychloroquine also believe demon sex causes fybroids” narrative – please, stop here.

Your ride is over, and you may go on believing that this group of doctors and other professionals has been thoroughly discredited by these statements.

For everyone else, if you are at all interested in why such a coordinated effort has been launched to silence and discredit this group, why – even before the sex demon stuff was uncovered–videos of the group’s press conference were quickly yanked from YouTube, and why their own website was taken down without warning by its host, SquareSpace, (their new website can now be found here) then please keep reading.

What follows is a brief summary of the key points made by the group America’s Frontline Doctors at their press conference last week. I will not comment on the validity of their claims, however founder Dr. Simone Gold has provided support for much of what the group said, in a white paper that can be found here.

1. They believe that hydroxychloroquine is an effective treatment for Covid-19.

This is the claim made by several of the speakers, including Dr. Immanuel, based on their own clinical experience, as well as on multiple published studies. Many of those studies are listed here, and here.

2. State licensing boards are using their power to forcibly prevent people from having access to this drug.

According to Dr. Gold, many states have empowered their pharmacists to not honor prescriptions for hydroxychloroquine to be used in treating Covid-19. This, she says, is unprecedented: “It has never happened that a state has threatened a doctor for prescribing a universally accepted safe generic cheap drug off-label.”

Meanwhile, says Gold, the drug is available over the counter in many other countries, including Iran and Indonesia, where it can be found “in the vitamin section”.

3. There is a coordinated campaign to discredit and suppressinformation about the drug hydroxychloroquine as a possible treatment for Covid-19:

“If it seems like there is an orchestrated attack going on against hydroxychloroquine,” said Dr. James Todaro, “it’s because there is.”

Dr. Todaro is speaking from experience. He was the co-author of a March 13 white paper arguing for the use of hydroxychloroquine against Covid-19. The paper was made public on Google Docs, received a lot of attention, and was then removed – without warning – by Google. (It has since been put back up.)

4. The World Health Organization (the authority upon which YouTube CEO Susan Wojcicki has said she bases her company’s policy on “misinformation”) halted its trials of hydroxychloroquine based on a blatantly fraudulent study that relied on data that it appears never even existed.

The WHO later resumed trials after independent investigators discovered the problems and the study’s authors retracted it.

5. We should be able to have a free and open discussion about this.

Dr. Dr. Joseph Lapado from UCLA, sums it up:

“We’ve been using (hydroxychloroquine) for a long time. But all of a sudden it’s been escalated to this area of looking like some poisonous drug. That just doesn’t make sense…

“At the very least, we can live in a world where there are differences of opinion about the effectiveness of hydroxychloroquine, but still allow more data to come, still allow physicians who feel they have expertise with it to use that medication, and still, you know, talk and learn and get better at helping people with Covid-19.”

WHY THE ALL-OUT MEDIA ASSAULT ON THE FRONTLINE DOCTORS?

The influence that the pharmaceutical industry wields over media outlets is no secret. As of 2018, an estimated 70% of all news advertising in the US came from pharmaceutical companies. I have written elsewhereabout how “reporting” on medical issues can be difficult to distinguish from outright marketing for drug companies.

Social-media platforms are not immune to this influence, whether it comes via advertising dollars; “partnerships” such as that between the CDC Foundation and MailChimp (which like many other platforms, has an explicit policy of censoring content about jjabs that does not align with the positions of the CDC and the WHO); direct investment, such as that of Google’s parent company Alphabet; or indeed at the behest of politicians such as Congressman Adam Schiff, who last year wrote to the CEOs of Amazon, Facebook and Google, requesting that those companies censor information and products that did not conform to the officially sanctioned position on jjabs. All three complied.

So it should come as small surprise that both Google and YouTube have now taken to removing content supportive of hydroxychloroquine, a drug that is no longer covered by patent, and can be made and sold by any generic producer, for a fraction of the price that Gilead, for example, might charge for its still-patented Remdesivir.

Twitter and Facebook have likewise removed posts about the drug, most notably – and with no visible sense of irony – removing posts of the video in which the Frontline Doctors speak out about widespread media censorship of the topic. (You can now see those videos on Bitchute.)

One need not have an opinion on the merits of the drug hydroxychloroquine in order to recognize that something very odd is happening here. Something that doesn’t seem to have anything to do with free and open inquiry or honest scientific discourse.

Many argue that the politicization of this drug is founded in a desire to unseat President Trump, that the opposition to it is primarily because it was endorsed by Trump, and if it is deemed to be a failure (or even better, dangerous to patients) it will be a powerful strike against the president.

That may well be part of what has motivated this. But there is another motivation, having to do with the desire to push a more expensive medication onto the market, and to push a new jjab on the world’s population.

More broadly, it has to do with the narrative that those in the business of selling drugs demand we believe: that we are all in desperate need of their products (but only the ones still under patent) if we are to be healthy–or indeed, if we are to survive at all.

If it turns out that this “new” virus is easily treatable, with hydroxychloroquine or anything else, then the industry’s dreams go up in smoke.

If hydroxychloroquine turns out to be a safe and effective way of treating Covid-19 (as multiple studies and the experience in many other countries outside of the US indicate it may be) then there is much less reason for anyone to receive a jjab for it, let alone the entire world’s population. Likewise, there is no pressing need to develop a new, more expensive treatment.

But even more than that: If it turns out that hydroxychloroquine is after all a safe and effective treatment for Covid-19, then this whole episode – the silencing of dissenting voices, the “fact-checking” on social media, the campaigns against “misinformation ” – will be revealed in plain sight, for what it has always been: Nothing more than a well-funded marketing campaign and damage-control effort on behalf of the industry that wants you to believe that you need to use its expensive products in order to go on living.

So when a group of doctors took to the steps of the US Supreme Court and told the world how they were having success using a cheap anti-malarial that had been in use for 65 years to treat the most deadly contagion of our generation, it was a massive blow to the narrative upon which the pharmaceutical purveyors’ success depends.

And over the next few days, as viewers engaged in a race with the censors, quickly downloading videos before they were removed, to post them on other platforms… it became clear that the censors and the gatekeepers had lost control of the conversation.

This is not only about hydroxychloroquine. Every time media outlets or social-media platforms engage in outright censorship of content, in a way that happens to benefit pharmaceutical companies, both parties lose just a little more credibility. 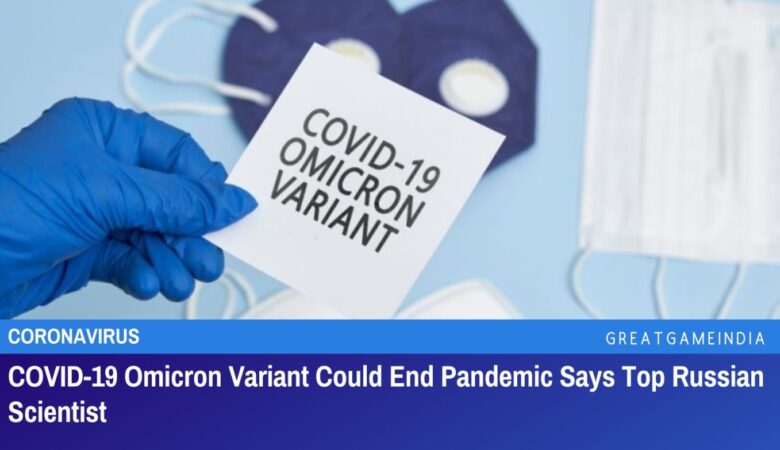 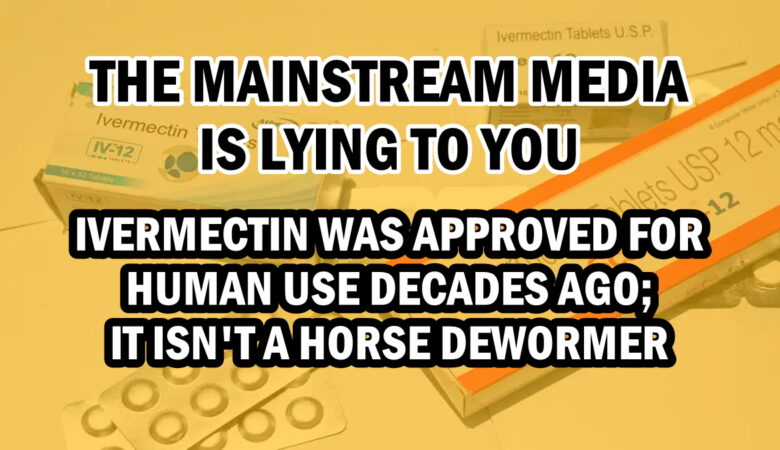 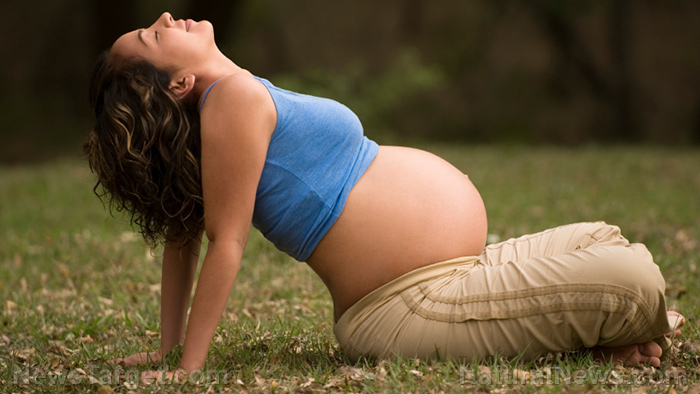