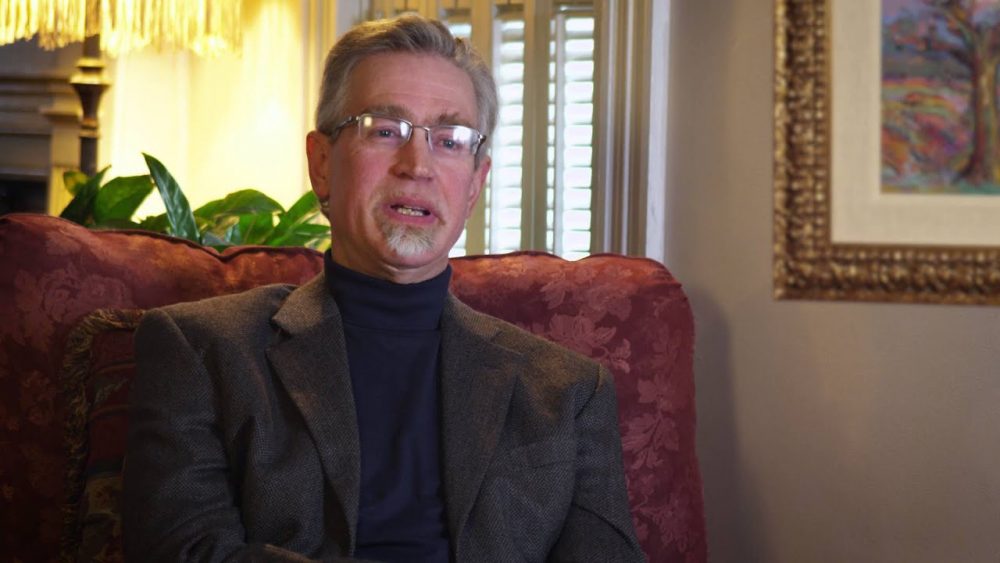 While U.S. media and self-appointed “fact checkers” claim the use of vitamin C against COVID-19 is nothing but fake news and dangerous nonsense, the Chinese have been hard at work looking at vitamin C against this pandemic illness.

One source where you can find pertinent research material is the Orthomolecular Medicine News Service website,1 which has published more than a dozen reports on this topic.

Earlier this year I interviewed Dr. Andrew Saul, editor-in-chief of the Orthomolecular Medicine News Service, about vitamin C against viral illnesses such as COVID-19, in which he reviewed some of its established benefits. 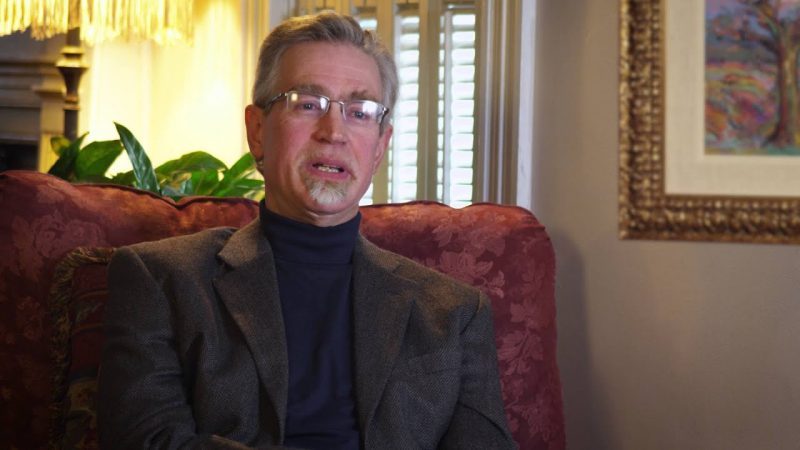 Importantly, vitamin C is an essential component of immune cell function, it has potent anti-inflammatory effects and at high doses even works as an antiviral.

Vitamin C is a foundational component of two distinct and highly effective treatment protocols developed by Dr. Paul Marik — one for sepsis and another, called MATH+, specifically for COVID-19. I’ve reviewed both protocols in previous articles.

COVID-19 Patient Brought From Brink of Death by Vitamin C

An August 10, 2020, MedPage Today article2 highlights a recent case3 history in which high-dose IV vitamin C was successfully used to save the life of an elderly patient.

A 74-year-old woman was admitted to a Flint, Michigan, hospital after suffering with low-grade fever, dry cough and shortness of breath for two days.

She’d recently undergone a knee replacement procedure, and her knee is now red, swollen and painful, suggesting infection has set in.

Over the next 24 hours, her condition continued to worsen, despite treatment with oxygen, antibiotics and other drugs. Her RT-PCR test also came back positive for SARS-CoV-2 infection. As reported by MedPage Today:4

“Clinicians start treatment with oral hydroxychloroquine 400 mg once and then 200 mg twice a day, along with intravenous azithromycin 500 mg once a day, zinc sulfate 220 mg three times a day, and oral vitamin C 1 g twice a day.

When blood and sputum cultures are negative for any organisms, broad-spectrum antibiotics are discontinued. The patient’s dyspnea rapidly worsens, and oxygen requirements increase to 15 liters. She is drowsy, in moderate distress, and her airways remain unprotected …

By day 6 … Bilateral alveolar infiltrates are evident on chest x-ray, due to pneumonia and interstitial edema, consistent with acute respiratory distress syndrome (ARDS).

Given her rapid deterioration, the patient is intubated on an emergent basis and started on pressure-regulated volume-controlled mechanical ventilation.”

By day 7, the woman’s family requested she be placed on high-dose IV vitamin C, and over the next 24 hours, she received 11 grams total.

Two days later, her condition began to gradually improve, and on day 10, a second chest x-ray revealed considerable improvement of both the pneumonia and interstitial edema, at which point she was extubated.

The patient’s breathing continued improving over the following five days.

“During her hospitalization, the patient received a total of 5 days of treatment with hydroxychloroquine and azithromycin along with 4 days of colchicine. Treatment with high-dose vitamin C infusion and oral zinc sulfate were continued for a total of 10 days.”

Take-Home Message: Fight for the Treatment You Want

Remarkably, while suffering from severe COVID-19 infection, septic shock and ARDS — and being on mechanical ventilation — this elderly woman made a full recovery.

According to the doctors who reported the case, she was the first patient to successfully discontinue mechanical ventilation early at that hospital.

The median duration of mechanical ventilation for COVID-19 patients is 10 days, whereas this patient was able to get off it in five.

Vitamin C has been recognized as an essential component of immune cell function with a critical role in numerous immune system mechanisms. Severe vitamin C deficiency is also known to increase the risk for … pneumonia and other infections.

A key take-home message from this story is that the IV infusion of vitamin C was done at the insistence of her family.

It’s an excellent example demonstrating that when things are going sideways, you need to step in and push for the care you want. You have that right.

It’s also an example of why it’s so important to have an advocate to speak up for you when you’re admitted to the hospital. This woman was placed on mechanical ventilation, which means she was sedated and was in no position to make any of her own decisions.

Fortunately, her family knew about the potential benefits of vitamin C and insisted it be tried. In doing so, they saved her life.

As noted by MedPage Today:6

“Vitamin C in­fusion is not approved as a standard treatment for SARS-CoV-2 and thus was not part of the hospital’s COVID-19 treatment regimen.

Nevertheless, the case authors point out that for decades, vitamin C has been recognized as an essential component of immune cell function with a critical role in numerous immune system mechanisms.

Severe vitamin C deficiency is also known to increase the risk for … pneumonia and other infections.

It also promotes the proliferation of B and T lymphocytes and antibody production.

More recent research suggests that vitamin C also prevents the production of pro-inflammatory cytokines, including interleukin-6, a component of the cytokine release syndrome associated with severe COVID-19 that results in lung injury and leads to ARDS.”

While the U.S. media continues to censor claims that vitamin C can be useful against COVID-19, many practicing physicians and medical researchers are taking it seriously, primarily based on previous studies showing benefit against sepsis, viral illnesses and ARDS.

For example, in one 2019 trial7 involving 167 ICU patients with sepsis and ARDS, IV vitamin C at a dose of 50 mg per kilo every six hours for 96 hours significantly reduced mortality and shortened ICU stays.

Back in March 2020, Northwell Health, the largest hospital system in New York, also reported that vitamin C was being “widely used” against COVID-19 within its 23 hospitals, in conjunction with hydroxychloroquine and azithromycin (an antibiotic).

“Identical amounts of the powerful antioxidant are then re-administered three or four times a day, he said … The regimen is based on experimental treatments administered to people with the coronavirus in Shanghai, China …

“‘The patients who received vitamin C did significantly better than those who did not get vitamin C,’ he said. ‘It helps a tremendous amount, but it is not highlighted because it’s not a sexy drug’ …

“Weber … said vitamin C levels in coronavirus patients drop dramatically when they suffer sepsis, an inflammatory response that occurs when their bodies overreact to the infection. ‘It makes all the sense in the world to try and maintain this level of vitamin C,’ he said.”

In China, improvements among COVID-19 patients receiving vitamin C have been so consistently observed that they’re actually looking into it as a stand-alone treatment.9 The trial,10 which began in February 2020, is expected to have results by the end of September 2020.

As detailed in the clinical trial description:

“Vitamin C … has antioxidant properties. When sepsis happens, the cytokine surge caused by sepsis is activated, and neutrophils in the lungs accumulate in the lungs, destroying alveolar capillaries. Early clinical studies have shown that vitamin C can effectively prevent this process.

“In addition, vitamin C can help to eliminate alveolar fluid by preventing the activation and accumulation of neutrophils, and reducing alveolar epithelial water channel damage.

“At the same time, vitamin C can prevent the formation of neutrophil extracellular traps, which is a biological event of vascular injury caused by neutrophil activation.”

Research is also underway at the Cleveland Clinic in Florida.11 Here, they will investigate whether newly diagnosed COVID-19 patients are less likely to require hospitalization when given vitamin C and zinc.

They’ll also assess whether the combo might reduce disease severity and duration. The goal is to enroll 520 patients and start them on the supplements within two days of diagnosis.

For the actual treatment of sepsis and/or COVID-19, the dosages needed generally require IV administration.

That said, Dr. Robert Rowen, whom I’ve interviewed about the use of vitamin C and ozone therapy for COVID-19, suggests taking upward of 6 grams (6,000 mg) per hour for acute illness, to simulate intravenous administration levels.

While doses higher than 20 grams per day of oral non-liposomal vitamin C typically result in loose stools, you can take up to 100 grams (100,000 mg) of liposomal or IV vitamin C without encountering such problems.

Prophylactically, it is not recommended to take such high doses, however.

In fact, I discourage people from taking mega doses of vitamin C on a regular basis if they’re not actually sick, because in high doses it is essentially a drug — or at least it works like one — and doing so could result in nutritional imbalances.

For example, taking large doses of vitamin C on a regular basis lowers your level of copper, so if you are already deficient in copper and take high doses of vitamin C, you can actually compromise your immune system.

So, instead of taking it all the time, simply start mega-dosing at the first sign of symptoms of illness, and continue until symptoms recede.

Yet another alternative that I’m starting to think might be even better than vitamin C is nebulized hydrogen peroxide at 0.1% dilution.

You can find more information about this in “Could Hydrogen Peroxide Treat Coronavirus?” I’ve recently come across examples of people with moderate to severe COVID-19 illness who rapidly recovered after this simple treatment. I’ll be discussing that in a future article.

The only contraindication to high-dose vitamin C treatment is if you are glucose-6-phosphate dehydrogenase (G6PD) deficient, which is a genetic disorder.12 G6PD is required for your body to produce NADPH, which is necessary to transfer reductive potential to keep antioxidants, such as vitamin C, functional.

Because your red blood cells do not contain any mitochondria, the only way it can provide reduced glutathione is through NADPH, and since G6PD eliminates this, it causes red blood cells to rupture due to inability to compensate for oxidative stress.

Fortunately, G6PD deficiency is relatively uncommon, and can be tested for. People of Mediterranean and African decent are at greater risk of being G6PD deficient.

Worldwide, G6PD deficiency is thought to affect 400 million individuals, and in the U.S., an estimated 1 in 10 African-American males has it.13

By Dr. Joseph Mercola, the author of Fat for Fuel: A Revolutionary Diet to Combat Cancer, Boost Brain Power, and Increase Your Energy