The documents claim that the victim, who is only identified as Jane Doe 15, met Epstein in early 2004 after being groomed by the sex offender’s secretary.

The teen, who grew up in a poor household in the Midwest, says in the filing that the well-connected financier had name-dropped Clinton as he trafficked her on his so-called “Lolita Express” private jet and pressured her into being sexually assaulted.

“Epstein made clear to Jane Doe 15 how powerful he was. He made a point of mentioning that he was close with Bill Clinton,” the lawsuit against Epstein’s estate reads.

On the private plane Epstein told the then-teen that he liked to have women sleep at his feet, which “made her immediately think of slaves,” the filing said.

The pedophile flew the child to his New Mexico ranch, where, the accuser claims, Epstein took her “sexual innocence.” 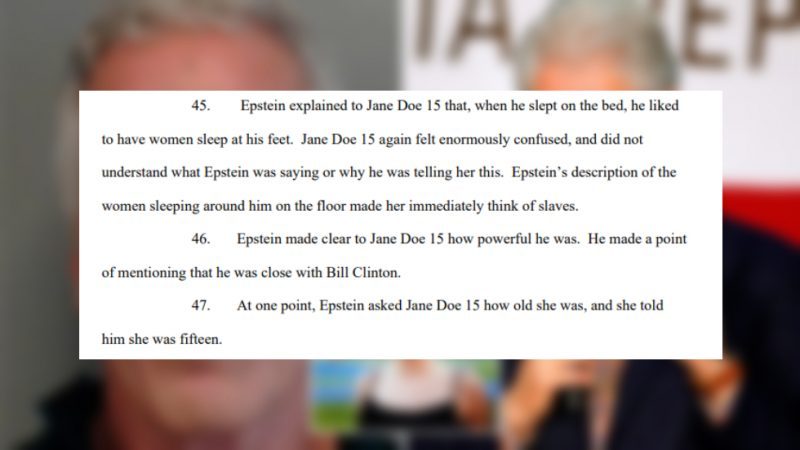 The court documents provide harrowing details of the sexual assault Jane Doe 15 allegedly suffered at the compound in New Mexico.

Throughout their interactions, Epstein repeatedly reminded the teen of his close relationships with some of the world’s most powerful people. The filings also present a photograph of the alleged victim when she was 15-years-old. 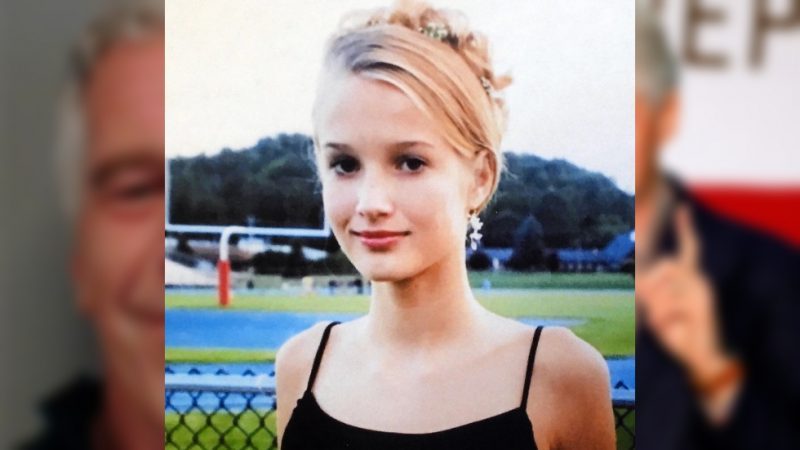 “When I chose a seat on the jet, Jeffrey told me that his good friend, Bill Clinton, always chose to sit there,” the accuser, who is now in her early 30s, had previously said at a press conference.

The lawsuit alleges that mentioning Clinton’s name was part of how “Epstein conveyed to Jane Doe 15 how powerful he was and how helpful he could be in assisting Jane Doe 15 with her future goals, such as paying for college.”

“Using this overwhelming power he had over Jane Doe 15, Epstein subjected her to a vicious, prolonged sexual assault,” it reads.

With the 2020 US presidential election fast approaching, interest in Clinton’s connection with Epstein has reached fever pitch.

It escalated even higher this week after photos of the ex-president receiving a massage from one of Epstein’s victims were unearthed just hours before the 74-year-old addressed the Democratic National Convention.

Clinton previously admitted that he’d traveled with Epstein on multiple occasions, but denied any awareness of the convicted pedophile’s crimes.

Epstein was found dead in a New York jail last August while awaiting trial on sex-trafficking charges. His death was officially ruled a suicide, though intense speculation has surrounded the circumstances. 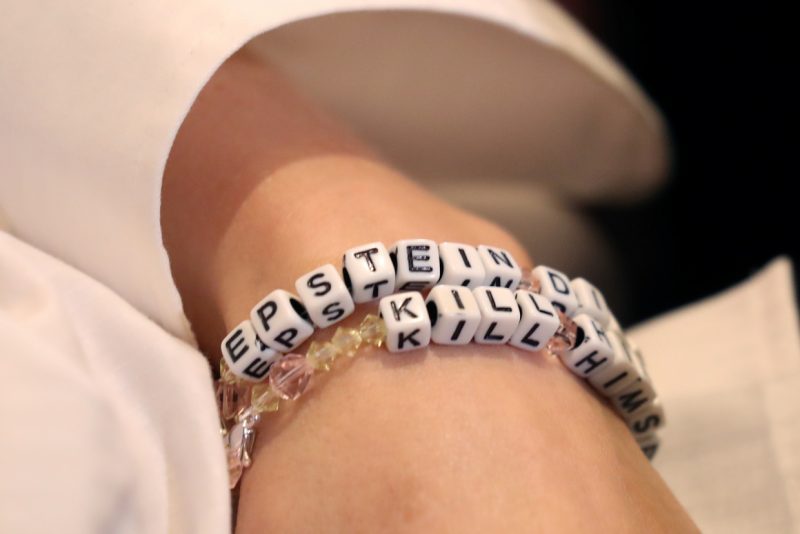 Jane Doe 15 made her feelings clear during her press conference last year when she wore a bracelet reading: “Epstein didn’t kill himself.”

Covid 'Cases' Are Medically Meaningless (Yet They Are Used to Justify Lockdowns and Destroy the World) Previous post
UN Food Chief Warns: ‘Famine of Biblical Proportions’ Due to Covid-19 Response Next post