In new photos recently obtained by the Daily Mail, Bill Clinton can be seen getting a massage from one of Jeffrey Epstein’s young victims.

The victim, Chauntae Davies, was 22-years-old at the time that the photos were taken, and she says that nothing inappropriate happened between her and Clinton, but these new photos certainly cast more suspicion on Clinton and his involvement with Epstein’s crimes. 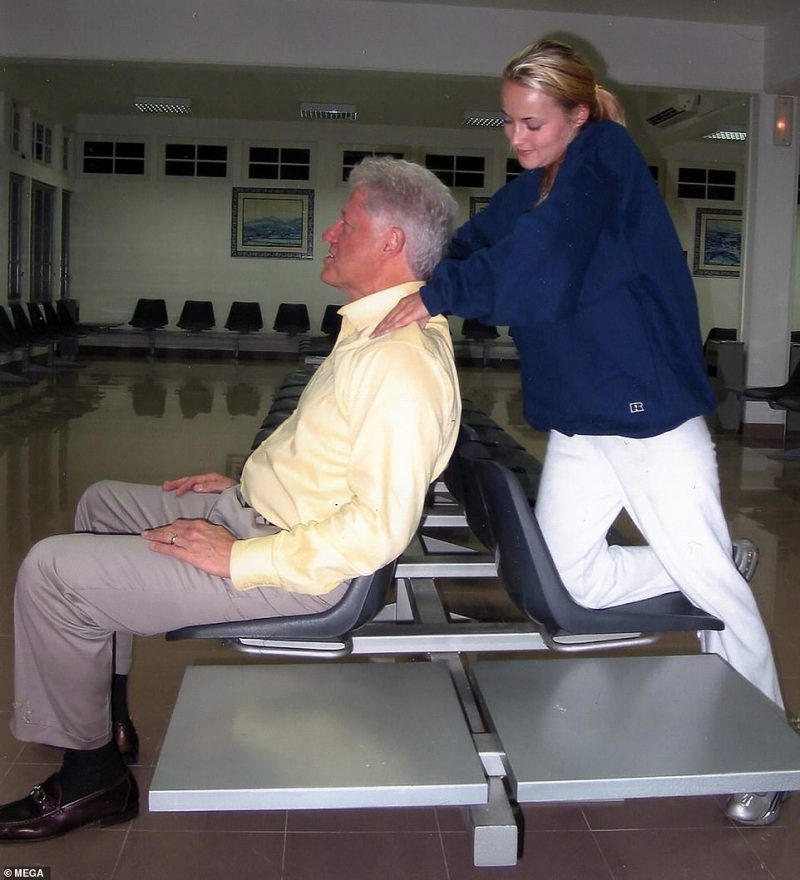 Although Davies was an adult when she was photographed with the former president and claims he was a “perfect gentlemen”, she was initially recruited by Epstein and Ghislaine Maxwell to be a massage therapist and then raped by the couple and their friends, which is a familiar story among their victims.

Many of the victims say that they were initially invited to Epstein’s home by Maxwell under the pretense of giving a rich man a massage, and then found that much more was expected of them behind closed doors.

The photos that were released this week were reportedly taken aboard Epstein’s private jet, during an alleged humanitarian trip in Africa. The trip also included the famous actors Kevin Spacey and Chris Tucker.

Kevin Spacey now has numerous rape allegations against him, many including underage children.

Spacey was photographed in the company of Epstein and Maxwell on numerous occasions, including a photo that was taken sitting in the throne room in Buckingham palace with Maxwell.

In the photos, Clinton can be seen laughing as Davies rubbed his shoulders and neck. Davies says that Maxwell insisted for her to give Clinton a massage, and that he was eager to get to one. 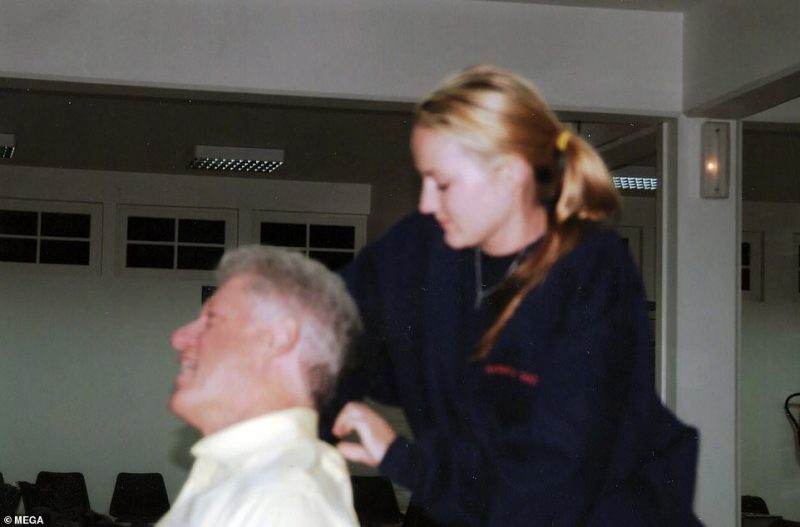 Davies recalled a funny moment with Clinton, where she asked him to “get on his knees” so she could get a better angle on his neck for the massage, entirely forgetting about his scandal with Monica Lewinski.

For a moment the room fell silent. I couldn’t believe I’d said that. The words just shot out before I realized what I was saying or who I said it to.

Then, although his face had turned the color of fire, he laughed. The whole room was laughing too. And, being the good sport he was, he sat down so I could get a better angle, Davies explained.

It is well-documented that Clinton was closely connected with both Epstein and Maxwell, and spent a significant amount of time on Epstein’s island [including with “two young girls”]. 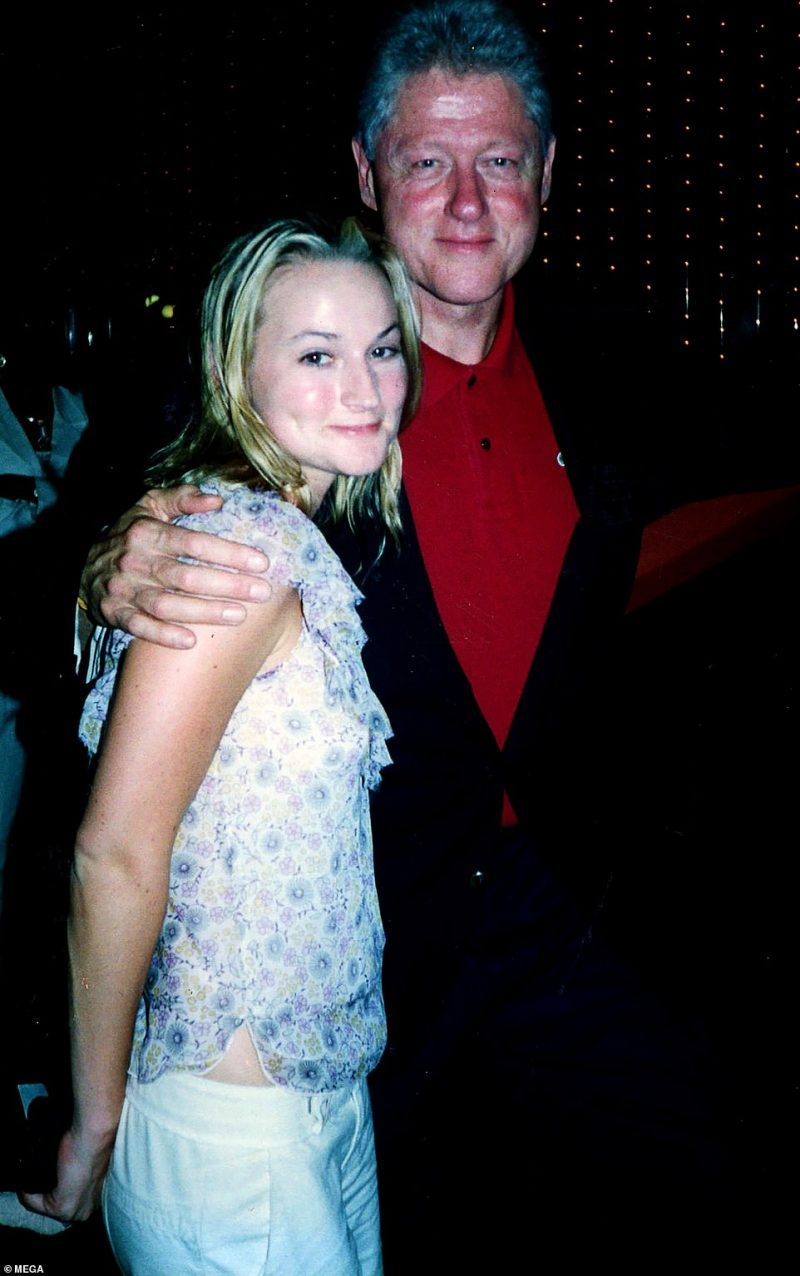 He also continued to hang out with them after they were both exposed as sex offenders.

In fact, Maxwell was served court papers relating to the Epstein trafficking ring in 2009 while she was attending the Clinton Global Initiative at the Sheraton Hotel in New York City.

Just a few months later, Maxwell attended Chelsea Clinton’s wedding, and Bill continued his relationship with both of them for many years despite the public knowledge of their crimes.

After Epstein was arrested last year, The Clinton Foundation was forced to respond to the allegations that the former president was a participant in Epstein’s trafficking network.

The foundation claimed that Clinton:

“Knows nothing about the terrible crimes Jeffrey Epstein pleaded guilty to.”

According to newly released court documents, one of Epstein’s victims says that Clinton flew on the private jet with two underage girls, and spent time with them on the financier’s notorious island…