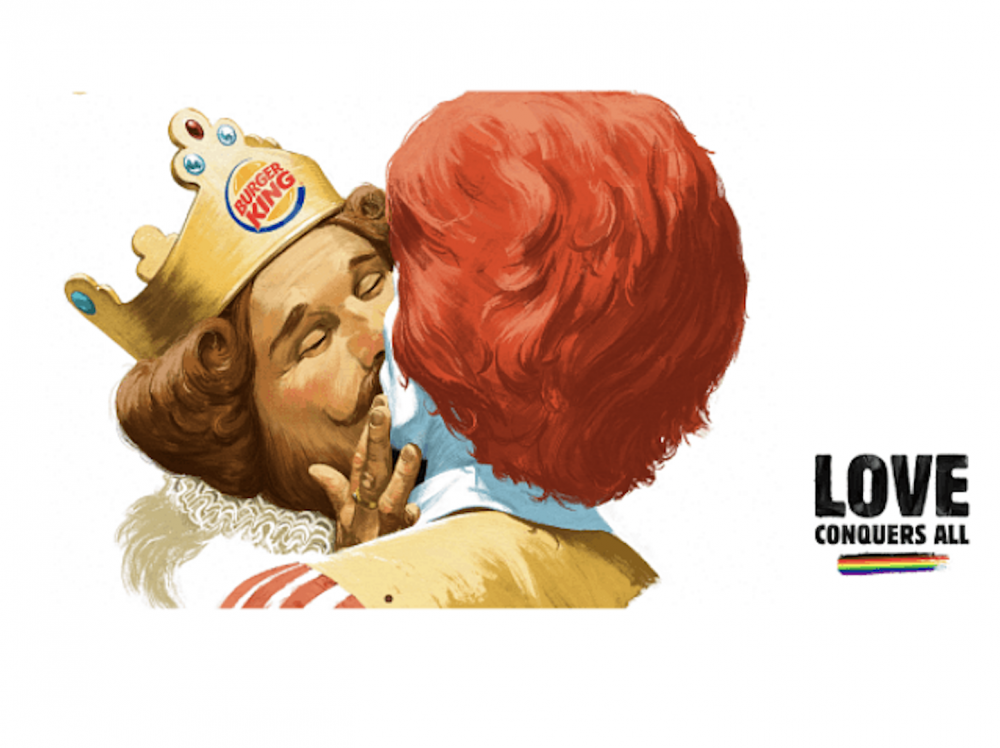 Burger King has launched a new advertising campaign in Finland featuring its eponymous mascot sharing a deep kiss with Ronald McDonald, along with the English slogan ‘Love Conquers All’.

The image is front and centre on the landing page of the fast food chain’s Finnish website, with various outlets with a focus on advertising showing physical posters at locations such as public bus stops as well.

The campaign appears to be in aid of Helsinki Pride Week, which was moved to September from its usual slot due to the Chinese coronavirus pandemic. It also appears to have been influenced by the race politics of the Black Lives Matter movement, featuring the new version of the Pride flag topped with a black and brown stripe in order to “represent” non-white non-heterosexuals specifically. 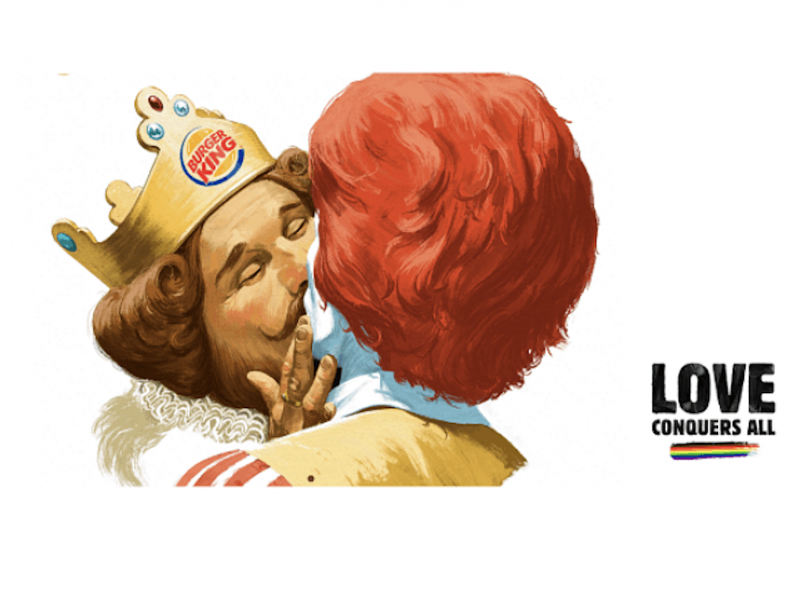 “Burger King has always stood for equality, love and everyone’s right to be just the way they are,” claimed the burger-selling franchise’s brand manager in Finland, Kaisa Kasila.

“The only instance where it might not seem so, is when we’re bantering with our competitor. But we want to be clear – it all stems from the respect we have for them. And we know McDonald’s stands for the values we stand for, too,” Kasila added.

“We thought, what a better way to convey our values than by portraying an all-encompassing kiss between Burger King and McDonald. We wanted to show that in the end, love always wins.”

Burger King is by no means the only multi-national enterprises to indulge in advertising campaigns which have much to do with politics and social justice causes and little to do with their core business in recent years.

Just this August, for example, Unilever-owned Ben & Jerry’s launched into a tirade against the British government on social media for his rhetoric — but not action — against the steadily worsening Channel migrant crisis, which has seen waves of up to 416 migrants a day crossing to England from France in small boats daily.

“[W]e think the real crisis is our lack of humanity for people fleeing war, climate change and torture,” the ice-cream sellers lectured in a lengthy Twitter thread — heedless of the fact that illegal aliens are not facing war or torture in France, and that climate change, such as it is, is the same on both sides of the English Channel.

This fashion for mammoth corporate interests indulging in divisive left-wing political activism has been dubbed “woke capitalism” by critics.