About two years ago, seeing the trend, I took the liberty of renaming the LGBTQ movement to LGBTQP, “P” for Pedophile Movement because all indications were telling me that was the direction that things were going in.

On Monday of this week, the ironically-named Scott Wiener, pro-LGBTQ+ Democrat, proved me to be correct in my previous assertion. SB145 moves the state of California a giant step closer to legalizing pedophilia.

Why is this gay man interested in decriminalising sex with young boys?

Obviously, California even as depraved and unmoral as they are at the moment is not able to pass a full-on bill allowing for pedophilia and pedophiles to have protected status.

Something like that has to be done in stages, SB145 is one of those stages and represents a paradigm shift towards legalizing sodomy with children, which of course has always been the goal.

Should Biden and Harris win in November, you can be guaranteed pedophilia will become legal in states like California, and that the LGBTQ+ will add the P for pedophile to their umbrella, and sooner rather than later.

Scott Wiener says he just wants to “treat everyone equally”, and to that I say a resounding “NO!”, pedophiles are not equal under the law, it should never become a protected category. Pedophilia is a disgusting crime against humanity, and should never be legalized on any level.

Schools across the USA, the UK, and all over the world are already “teaching” (i.e. indoctrinating and sexualising) pedophilia to children.

FROM BREITBART NEWS: According to SB 145, the legislation “would exempt from mandatory registration” as a sex offender “a person convicted of certain offenses involving minors if the person is not more than 10 years older than the minor and if that offense is the only one requiring the person to register.”

“This is such horrific homophobia,” Wiener said, according to the San Francisco Chronicle. “It’s irrational, and it ruins people’s lives.”

In a tweet, Wiener urged his followers to read an Associated Press “fact check” story about the controversial bill that minimizes its impact with the headline, “Bill Would Not Legalize Pedophilia in California.” (Read more)

That means a judge can give a break to a 24-year-old who seduces a same-sex 14-year-old. The law currently and wrongly gives the same judicial discretion to similar statutory rape cases if the victim and perpetrator had vaginal sex. The bill passed the Assembly with a vote of 41-25.

The UN Is Normalizing Pedophilia: The Deep State Is Free To Prey Upon Your Children

I reckon it’s only a matter of time before they turn off comments for this video, as they usually do, so I will include the top comments below: 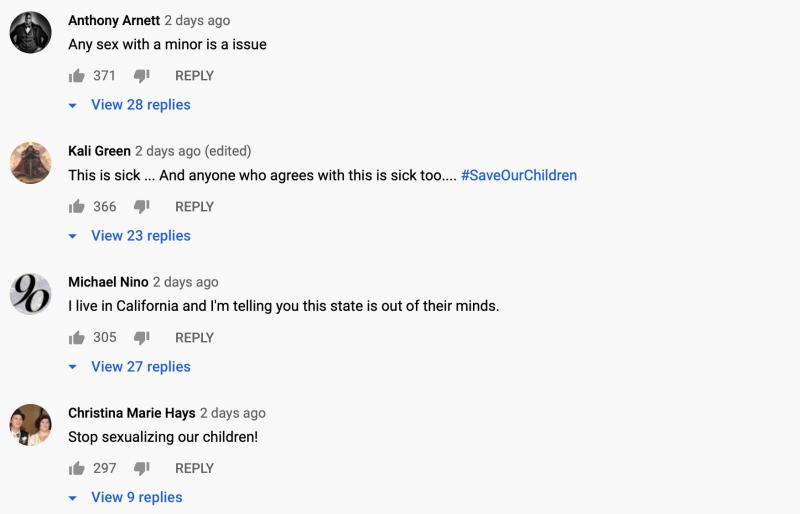 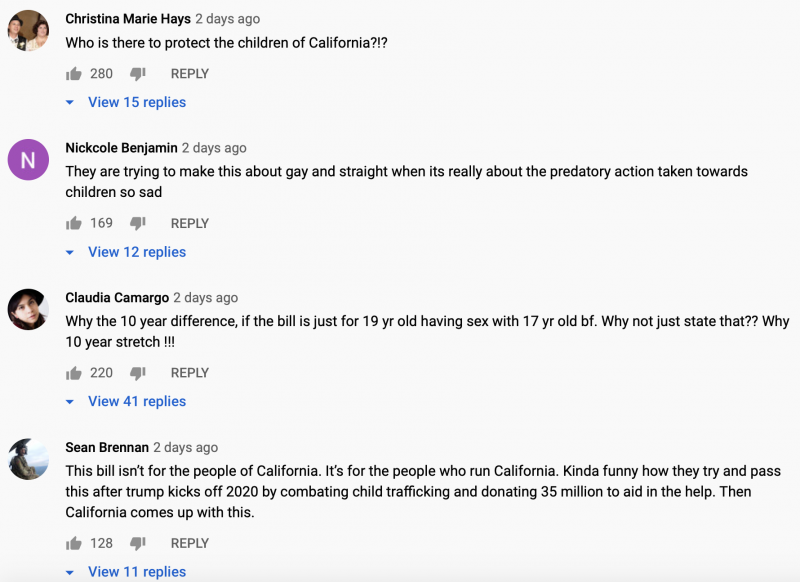