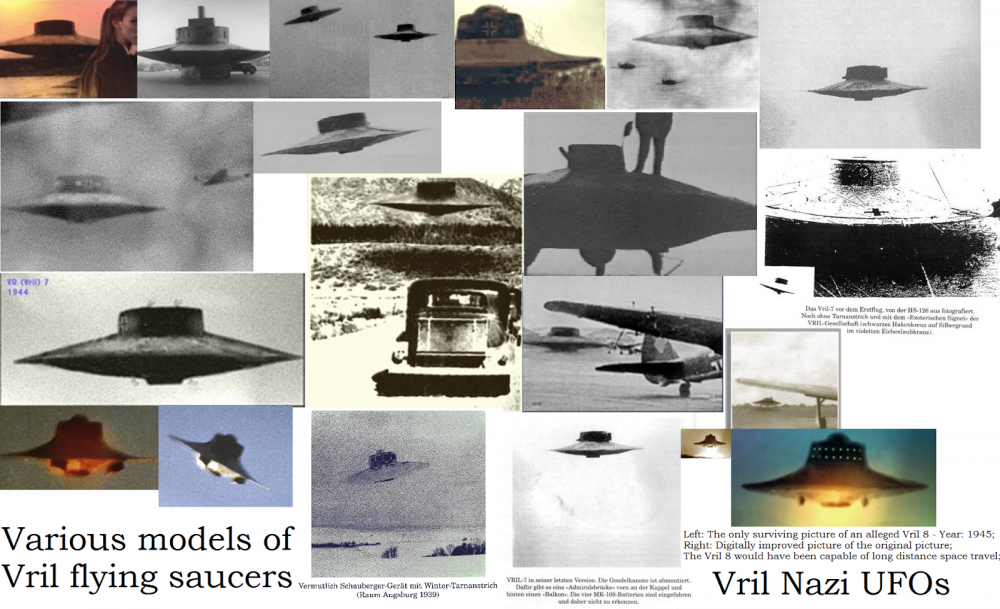 According to a series of war documents, Hitler’s engineers even built flying saucers and strange aerial vehicles described as “light balls” that had the capacity to fly and follow allied fighters to deconcentrate them during the flight.

It’s not a mystery that the Nazi’s searched even the most remote places on Earth for devices, ancient manuscripts describing paranormal energies, and places that would help them in their ultimate goal: World domination.

Some declassified documents exist claiming that the Germans created airplanes shaped like a flying saucer and even incandescent flying spheres to disconcert allied pilots during the war. Their ultimate goal was to create flying saucers. UFOs. 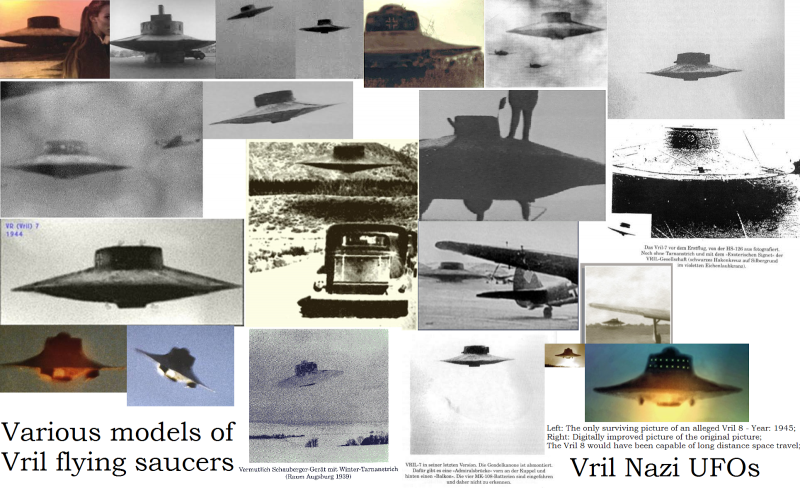 When speaking about the Nazis, their quest for paranormal technologies and Nazi UFO’s we encounter a lot of skepticism, so I want to be as though as possible when describing these mysterious crafts.

The Nazi UFO, fact or fiction?

“[Italian researcher] Renato Vesco argued that Germans had developed antigravity. The disc-shaped and tubular craft were built and tested near the end of the Second World War, which, he argued, was the proper explanation of foo fighters.

“These concepts, he maintained, were developed by the Americans and Soviets and led directly to flying saucers.” – Richard Dolan

The Nazi UFOs also referred to in German as Haunebu, Hauneburg-Geräte, or Reichsflugscheiben) are supposed advanced aircraft or spacecraft that were allegedly developed by Nazi Germany during World War II. 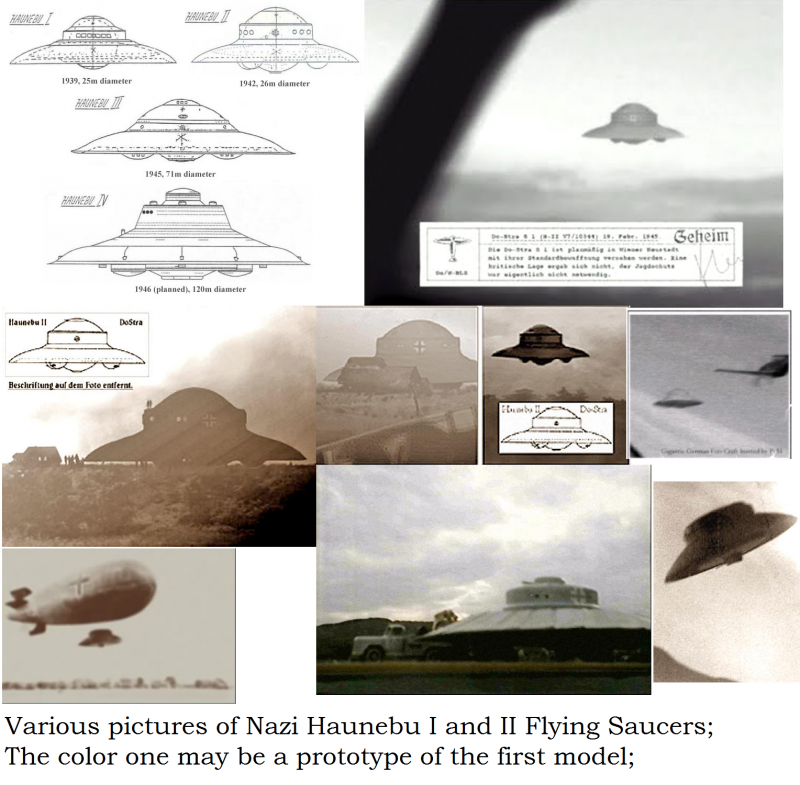 These technologies and super-crafts appear in a number of conspiracy theories.

They usually appear in connection with esoteric Nazism, an ideology that involves Nazi recovery for supernatural or paranormal purposes.

Many authors have made a historic connection with Nazi Germany, their exploratory missions around the globe, and these fascinating UFOs.

Several authors maintain that Nazi Germany explored the territory of New Swabia in Antarctica, where it sent an expedition in 1938, and planned further excursions, and even created a secret base, where many Nazi leaders fled to, after the second world war.

Allied forced though, on numerous occasions, that the so-called Foo Fighters were, in fact, Nazi secret weapons.

But all of this sounds like one massive conspiracy, without any solid evidence to back up ‘wild claims’.

Luckily there is one reference of a few scientists who admitted working on UFOs.

“…types of flying discs were designed and studied in Germany and Italy as early as 1942”.

Belluzzo also expressed the opinion that “some great power is launching discs to study them”.

In an interview with German news magazine Der Spiegel, Schriever claimed that he had designed a craft powered by a circular plane of rotating turbine blades 49 ft (15 m) in diameter.

During the 1950’s, a lot of different countries were into the whole Flying saucer thing, and apparently many countries wanted to develop their very own flying saucer. 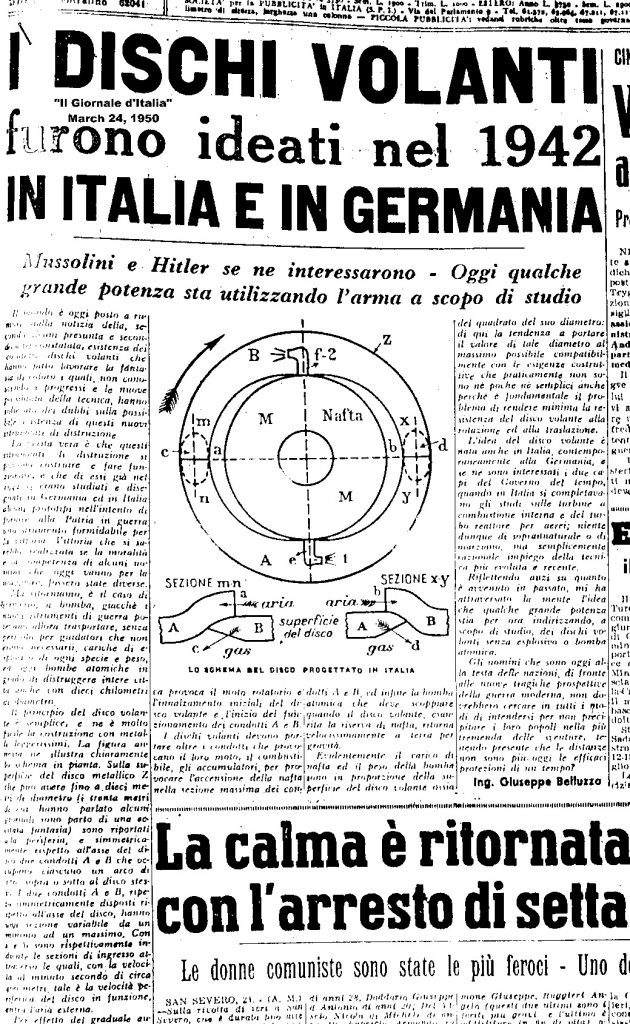 In 1953, Avro Canada announced that it was developing the VZ-9-AV Avrocar, a circular jet aircraft which could reach a speed of 1,500 mph (2,400 km/h) Soon after the announcement by Avro Canada, German engineer Georg Klein claimed that such designs had been developed during the Nazi era. 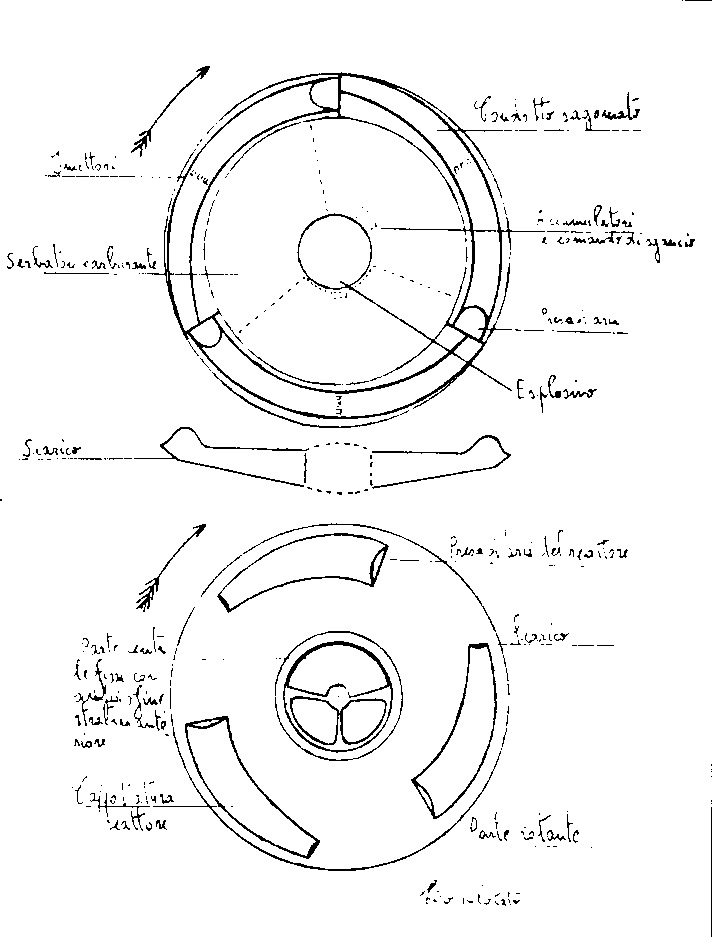 Klein even went on and identified two types of supposed German flying disks:

This document, available in the online archives of the Central Intelligence Agency mentions Georg Klein, who, as the document states, expressed that “though many people believe the ‘flying saucers’ to be a postwar development, they were actually in the planning stage in German aircraft factories as early as 1941.”

The document goes on stating:

One difficulty, according to Klein, was the problem of obtaining the materials to be used for the construction of the “saucers,” but even this had been solved by German engineers toward the end of 1945, and construction on the objects was scheduled to begin, Klein added.

We cannot speak about flying saucers, mysterious spacecraft, and advanced technology without mentioning Hermann Oberth, the founding father of rocketry and astronautics.

“It is my thesis that flying saucers are real and that they are space ships from another solar system. I think that they possibly are manned by intelligent observers who are members of a race that may have been investigating our Earth for centuries.”