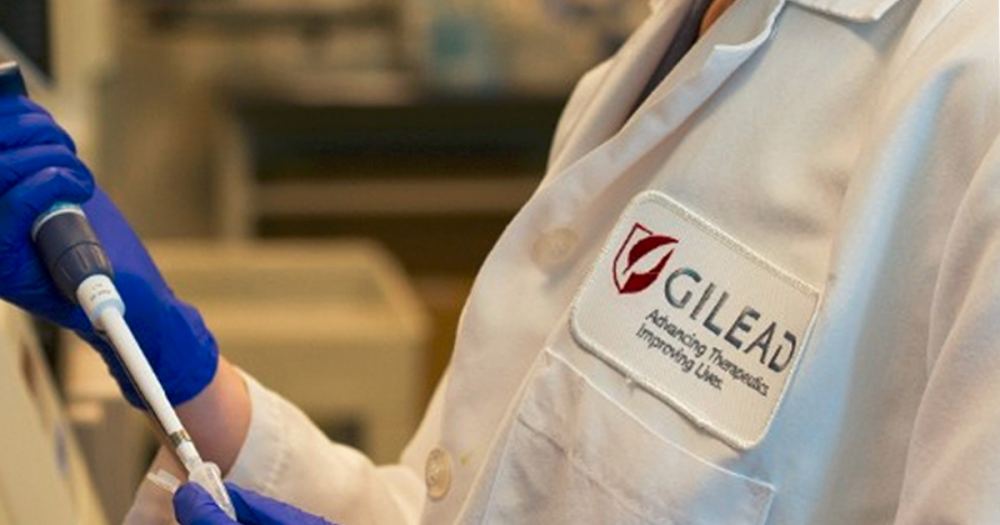 Maker of Remdesivir, Gilead, is Behind the War on Hydroxychloroquine (HCQ) – They Control Covid Response Panel and Stand to Make 10s of $Billions

It was beyond strange when the major media networks began to attack a pharmaceutical, especially in the middle of a pandemic.

When did the major media networks ever criticize a drug?

It turns out that controversial pharmaceutical is a cheap medicine that helps human cells uptake zinc so their immune system can recover from coronavirus infections. 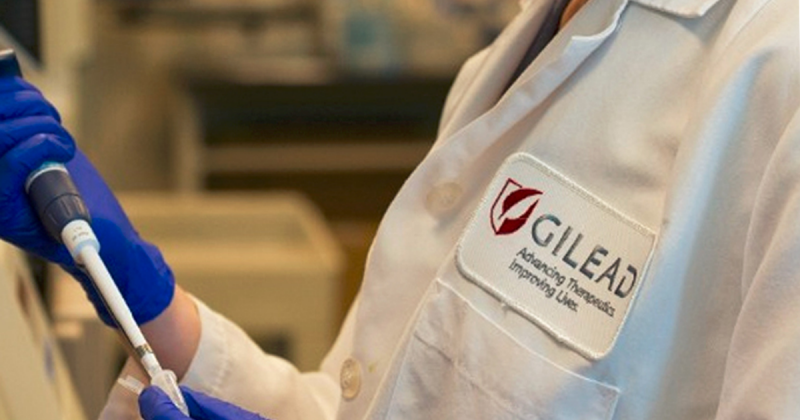 Dr. Didier Raoult of France was using something as simple and cheap as hydroxychloroquine (HCQ) in combination with zinc and an antibiotic to successfully treat coronavirus patients.

The news of Raoult’s success spread like wildfire, and U.S. President Donald Trump ultimately promoted the treatment, which acts as both a prophylactic and a therapeutic.

You can read more on the subject here: This Scientist Suggested A Drug To Treat Covid-19 – ‘Fact Checkers’ Branded Him Fake News and Why France Is Hiding A Cheap And Tested Virus Cure.

But it doesn’t matter how many doctors successfully treat coronavirus patients using HCQ and zinc. It doesn’t matter what people do in the home to help their immune system through the infection. What matters is drug company profits.

There are tens of billions of dollars on the line if doctors are able to use something as cheap as HCQ and zinc to cure patients. Gilead, the maker of Remdesivir, wants to make sure that doctors use their 5-day coronavirus treatment which costs $3,000 per patient. In comparison, a generic dose of HCQ costs anywhere between $10 and $20.

Studies on Gilead’s remdesivir are abysmal, showing adverse events for 102 (66%) of 155 remdesivir recipients. The adverse events were so horrific for remdesivir patients, that 18 (12%) of the patients had to be taken off the drug. As their drug failed, Gilead went to war with a simple treatment protocol that was working.

The first hit job on HCQ came from the Veterans’ Administration hospital system study. One author of the study received numerous grants from Gilead, and in one instance, he collected nearly a quarter of a million dollars from the drug company. The flaws in the study were swiftly exposed, as Gilead tried to influence the results of the study.

The next hit job on HCQ came from Surgisphere, which published a 15,000-patient mega study that allegedly compiled data from hospitals across the world. The data, aimed at discrediting HCQ, was published in the prestigious Lancet and New England Journal of Medicine.

Upon further review, the data was found to be fraudulent and the study was retracted from the journals, but it was too late: The study was used to restrict outpatient use of HCQ in the U.S. Australia, and most of Europe.

The editors of the Lancet declared Surgisphere’s scheme a “monumental fraud” but by then it was too late. These same Lancet editors had already gone out of their way to pressure the World Health Organization to suspend all trials for HCQ. 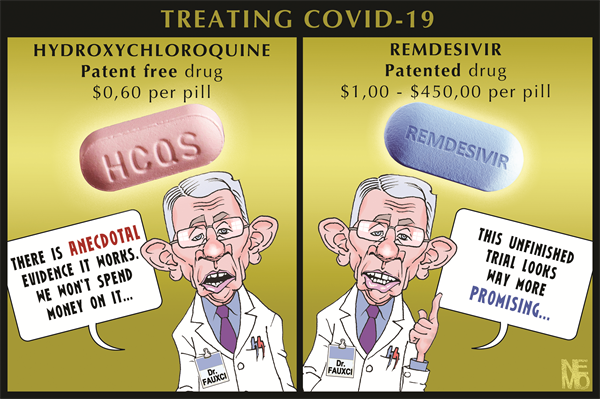 Even though France’s very own Dr. Raoult was successfully using HCQ in his treatment protocol, France was one of the first countries to severely restrict access to the drug. This suppression of treatment was done in a system of socialized medicine, which is supposed to protect patients from the abuses of pharmaceutical companies.

The coordinated lobbying to suppress access to a life-saving treatment is considered a crime against humanity. Dr. Raoult fought hard against Gilead and testified against them during a meeting of the French National Assembly.

Since then, doctors around the world have followed suit and used this simple treatment protocol. A group of U.S. doctors appeared live in front of the Supreme Court to testify on the effectiveness of HCQ, but their success stories were immediately banned by Facebook, whose executives are apparently in on Gilead’s swindle.

Nevertheless, the brave front line doctors are doing everything they can to get the word out to patients that there are physicians who will prescribe HCQ.

According to the NIH, eight out of fifty-five members who are on the panel making suggestions for covid-19 treatment, are currently affiliated with Gilead. At least another twenty-four members of the panel have past associations with this domineering drug company.

Gilead controls both political parties but has three times the financial influence over the Biden campaign, according to campaign donation records. Gilead’s top executives will be trying to save themselves from going to prison by campaigning for Joe Biden, who will gleefully carry out the plot of his handlers.