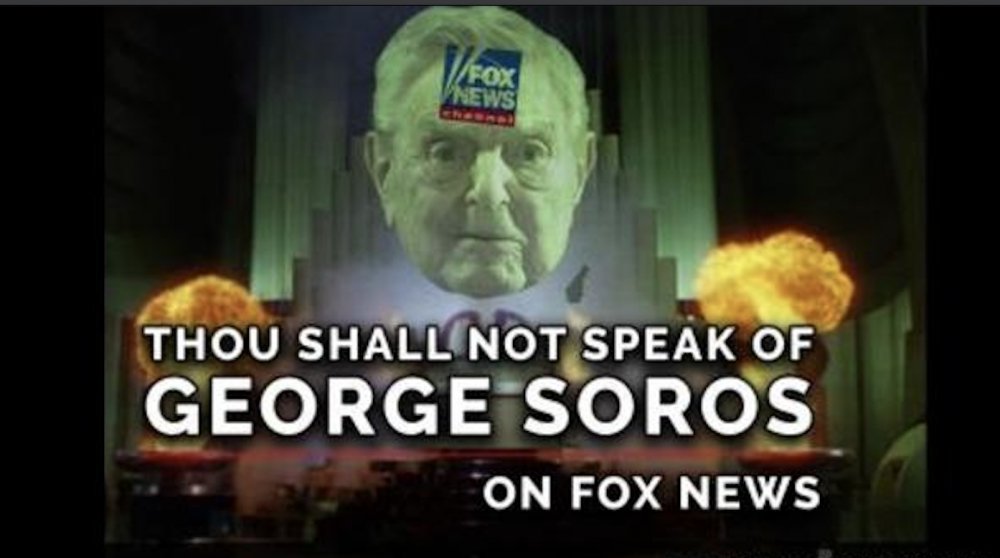 In a very bizarre exchange on Fox News’ Outnumbered, guest Newt Gingrich was essentially censored for bringing up the name of Hungarian-American philanthropist George Soros.

Gingrich, the former House Speaker, mentioned during his appearance how billionaire Soros has been using his substantial wealth to influence local district attorney races throughout the country, who have then been incredibly soft on the leftist thugs behind the violence the nation is seeing.

Gingrich stated: “The Number 1 problem in almost all these cities is George Soros-elected, left-wing anti-police, pro-criminal district attorneys who refuse to keep people locked up,” adding that just the day before, someone wanted for two murders in New York City was put back on the streets.

He then explained what Joe Biden and his running mate Kamala Harris really mean when they talk about “progressive district attorneys,” saying: “Progressive district attorneys are anti-police, pro-criminal and overwhelmingly elected with George Soros’ money, and they’re a major cause of the violence we’re seeing because they keep putting the violent criminals back on the street.”

This seemed to prompt panic mode all around, as commentator Melissa Francis quickly stated: “I’m not sure we need to bring George Soros into this,” although she conveniently failed to mention why she believes that.

Gingrich fired back: “He paid for it! I mean, why can’t we discuss the fact that millions of dollars…”

At that point, another panelist cut him off. Co-host Marie Harf creepily chimed in: “I agree with Melissa. George Soros doesn’t need to be a part of this conversation.”

Then, an awkward silence hung in the air for a few beats too long before host Harris Faulkner said it was time to move on.

This led many to wonder why Fox News was protecting Soros and preventing Gingrich from talking about his record of election meddling throughout the nation.

After saying he agreed with Gingrich, he posed the question: “What does George Soros have on the powers-that-be at Fox News?”

The ire grew so strong that Faulkner apologized the next day on her show, saying the “little incident” was “not smooth” and that the way she sat silently as it played out was “not ideal.”

She added: “Our guest, former House Speaker Newt Gingrich, who is beloved, and needed to be allowed to speak with the openness and respect that the show is all about, was interrupted.”

Faulkner went on to say that “We don’t censor on this show.” – except, apparently, when they stop people from mentioning the name of George Soros.

Earlier this month, Gingrich asked on Twitter why the left is so afraid of his name being mentioned, reiterating the fact that he is funding the district attorneys who are doing so much harm to our nation.

The list of far-left causes Soros has contributed to is quite long, but one of his more recent sizeable donations was $220 million to Black Lives Matter.

His foundation revealed much of his money would be going toward efforts to defund the police, and his son said they are looking to abolish American prisons as well.

We often discuss the rampant censorship of conservative voices by Big Tech, but now even Fox News executives are getting in on the act and inexplicably blocking people from drawing attention to the fact that an evil globalist activist billionaire is pumping millions of dollars into local elections to get far-left progressives into office who are ruining our country.

By Cassie B., Guest writer
Institutions That Control Military, Money, Energy, Government, Medical, Corporate, Media, and Education Are Global Cartels Previous post
Congressional Report: China Could Have Easily Prevented Pandemic & WHO Was Complicit in the Cover-up Next post