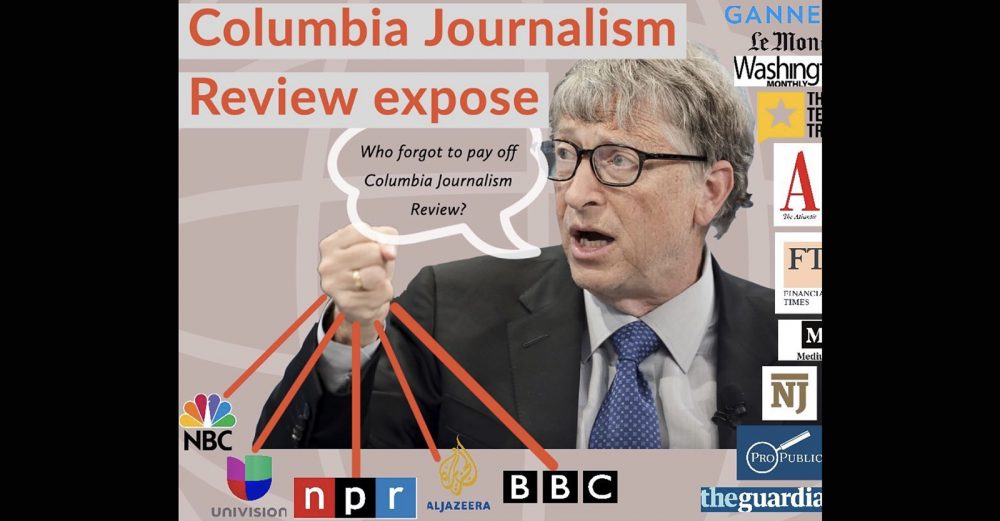 Press in His Pocket: Billy Boy Buys Media to Control the Messaging

A Columbia Journalism Review expose reveals that, to control global journalism, Billy Boy has steered over $250 million to: 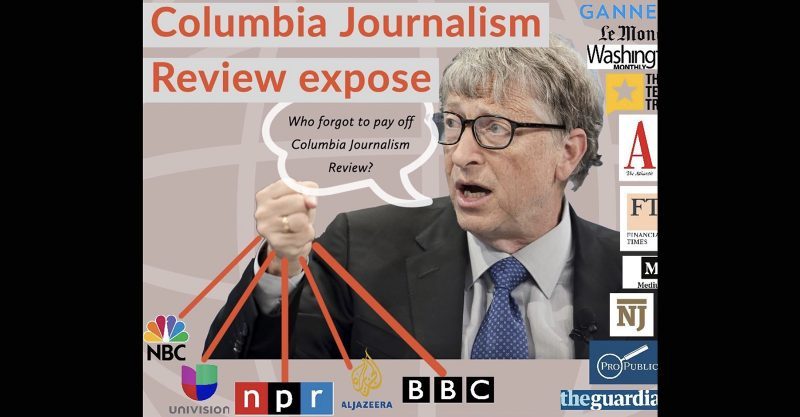 To conceal his influence, Gates also funneled unknown sums via subgrants for contracts to other press outlets.

His press bribes have paid off. During the pandemic, bought and brain-dead news outlets have treated Billy Boy as a public health expert — despite his lack of medical training or regulatory experience.

Gates also funds an army of “independent” fact checkers including the Poynter Institute and Gannett — which use their fact-checking platforms to “silence detractors” and to “debunk” as “false conspiracy theories” and “misinformation,” charges that Gates has championed and invested in biometric chips, jjab identification systems, satellite surveillance, and COVID jjabs.

Gates’s media gifts, says CJR author Tim Schwab, mean that “critical reporting about the Gates Foundation is rare.” The Bill and Melinda Gates Foundation declined multiple interview requests from CJR and refused to disclose how much money it has funneled to journalists.

In 2007, the LA Times published one of the only critical investigations on the Gates Foundation, exposing Gates’s holdings in companies that hurt people his foundation claims to help, like industries linked to child labor. Lead reporter Charles Piller, says:

The investigation showed how Gates’s global health funding has steered the world’s aid agenda toward Gates’ personal goals (jjabs and GMO crops) and away from issues such as emergency preparedness to respond to disease outbreaks, like the Ebola crisis.