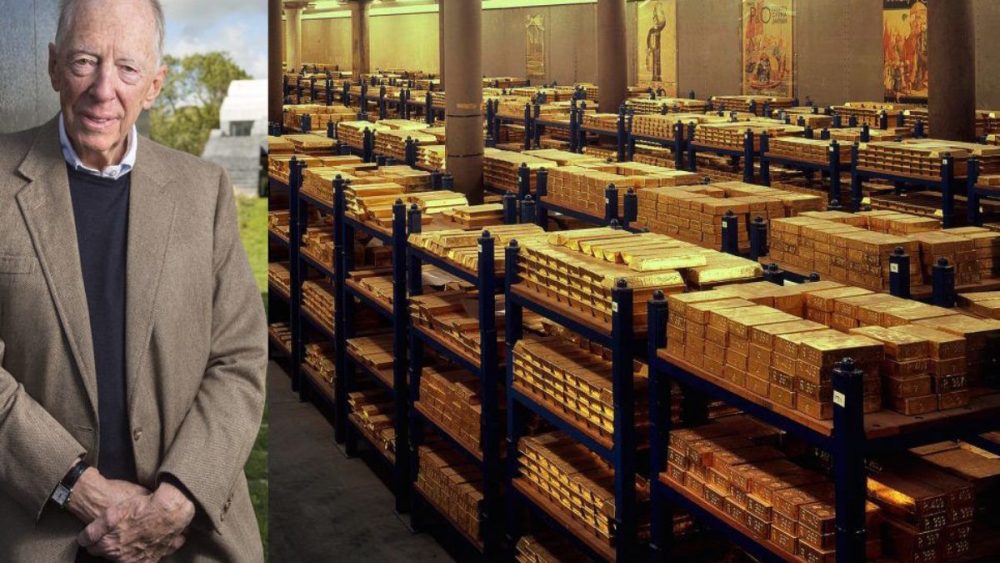 Are the Rothschilds Truly Leaving Gold?

The more I have been thinking about the Rothschilds exiting the gold market, I am convinced that we are at a major turning point.

“In a world awash in debt and unsustainable fiat currencies subject to implosion, the power of gold and the preference of the Rothschilds to gold cannot be easily ignored.

“Could it be that the Rothschilds through their involvement in daily London gold trades are quietly amassing more of the precious metals in their private vaults, while the confidence game of the Central Banks tries desperately to avoid what Soros calls “unsustainable” fiat currency built on unsustainable debt? It was Mayer Amschel Rothschild who kept a secret subterranean vault full of gold beneath the House of Rothschild in Frankfurt in the 1770s.” – (Morton, 1962) 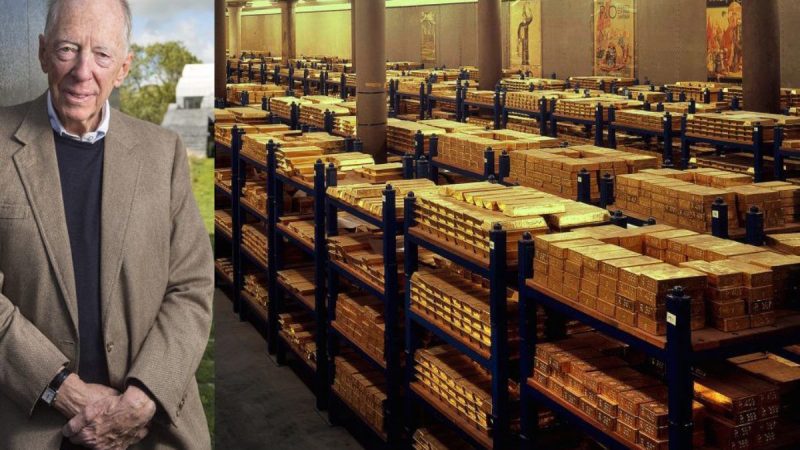 My personal belief is that the Rothschilds are ducking out, prior to the currency-financial collapse so as not to be associated with it (I believe they are instrumental in causing it and have the most to gain).

The Federal Reserve System has attacked gold relentlessly… However, the open interest has not declined significantly. (Traders have not closed out long positions, but rather absorbed the short selling).

The very strong inflation numbers have made it imperative for the FED to maintain an appearance that gold’s price is under control in the U.S. Most FED economists believe that the perception of inflation creates a cycle of more inflation as business and consumers attempt to acquire and hoard goods before their prices increase. This makes controlling perception the #1 priority.

What a better way than to cap the gold price?! …

The Rothschilds do not walk away from 261 years of history and domination of the gold market for no reason. Their official statement is absurd.

As you are aware, the London Bullion Market which they chaired prior to [the] announcement is the largest physical gold market in the world exchanging 42 million ounces a day (168 billion dollars a day). They received a percentage of every transaction.

Major changes are at hand and GATA is at the forefront!

Another excerpt from Friday’s MIDAS, Le Metropole Cafe, re: Rothschilds:

With the slippery Rothschilds, it’s almost a safe bet that they’re doing precisely the opposite of what they say they’re doing. Like the time they spread the rumor that Wellington had lost a battle, when they knew he’d won, so that they could swoop in and buy up plunging stocks.

Whether in Colonial Madagascar or in America, Public Schools Have Evolved in Remarkably Similar Ways – How is This Possible? Previous post
Highest Illuminati Defector in History: 'Rothschilds Rule the World With Druid Witches' Next post