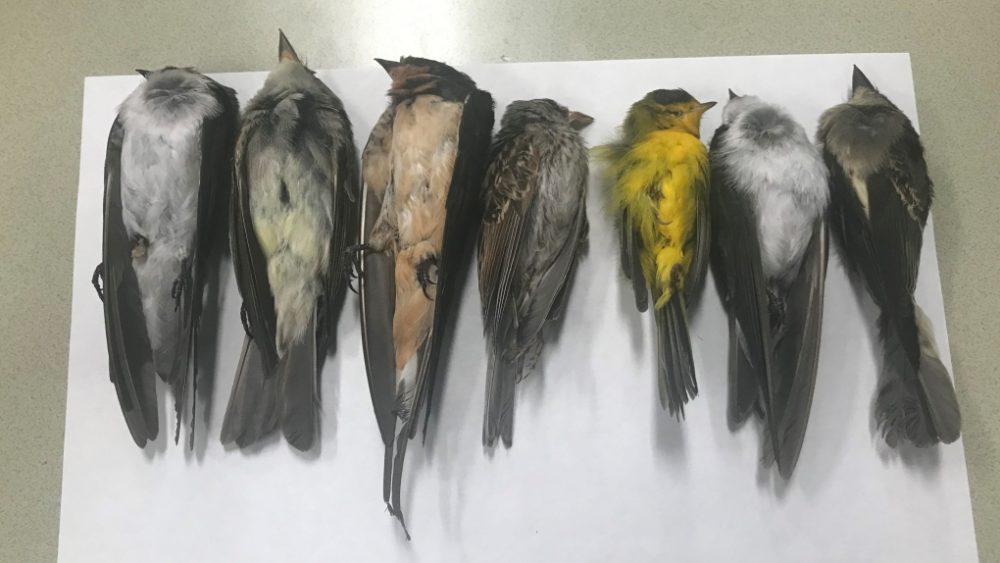 An unprecedented number of migratory birds have been dropping dead in southern New Mexico over the last few weeks.

Wildlife experts are still uncertain what caused the die-off, but it’s posited that the extreme weather conditions in the western United States may have forced birds to migrate before they’re ready. 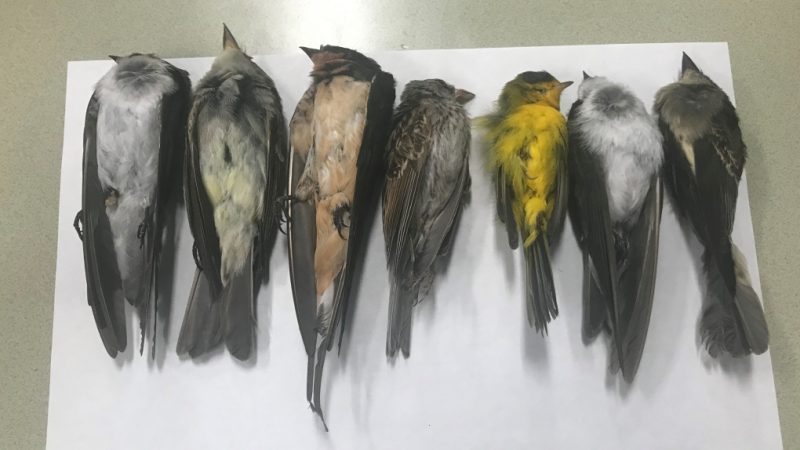 Martha Desmond, an ecologist at the New Mexico State University (NMSU), said that many birds were discovered dead at the White Sands Missile Range and the White Sands National Monument in August.

The discovery was ruled an isolated incident until similar reports came in from other locations statewide, including Doña Ana County, Jemez Pueblo, Roswell and Socorro.

“We’ve never seen anything like this… We’re losing probably hundreds of thousands, if not millions, of migratory birds,” said Desmond.

On Saturday, about 300 bird carcasses were found at Knox Hall at the University of New Mexico in Albuquerque.

Residents also reported the day before that birds were exhibiting odd behavior and gathering in large groups before dying.

Desmond is working with a team of biologists to determine the cause of the deaths, although she suspected that drought conditions and the fires in the West might have forced birds, which were all migratory species, into early migration.

The affected birds include warblers, swallows, blackbirds, sparrows, flycatchers and the western wood pewee. Most of them were insectivores, though some birds were also seed eaters.

Desmond bemoaned the die-off, as the populations of some of these species have already gone down in previous years.

In fact, a recent study found that the number of North American birds declined by three billion in the last 50 years.

About 90 percent of the losses affected 12 bird families, including sparrows, warblers and swallows.

Trish Cutler, a wildlife biologist at the White Sands Missile Range, said that none of the birds dying were local mainstays in New Mexico.

According to Cutler, “We have resident birds that live here, some of them migrate and some of them don’t, but we’re not getting birds like roadrunners or quail or doves.”

She added that several reports described the birds looking sleepy and weak. They also had just molted, in which the birds replaced their feathers in preparation for migration.

She said that the birds likely got in trouble after they started their migratory route; to molt, Cutler explained, birds have to be healthy.

Other biologists also suspected that the birds fled the wildfires and the drought conditions in the western United States but were not yet ready to migrate.

Desmond explained that birds need to store a certain amount of fat to survive each leg of their migration journey.

They usually travel for three straight nights before coming down to feed “like crazy” and put on more fat. Then, they resume their flight.

Furthermore, the birds might have had suffered direct damage to their lungs, according to Desmond. It’s also possible that the cold snap that passed through the state last week contributed to their death.

Desmond is collaborating with wildlife experts from the Bureau of Land Management, the NMSU and the White Sands Missile Range to determine what caused the die-off.

Meanwhile, some carcasses were recently sent to the U.S. Fish and Wildlife Service Forensics Laboratory in Oregon for further analysis.

People who find a group of avian carcasses are encouraged to report their findings through the iNaturalist app. If possible, they can also collect the birds by using gloves or a bag, said Desmond.

“We don’t advocate touching the birds with their hands. Bag them, double bag them and put them in the freezer.”

Sky News: 'Australians Must Know the Truth - This Virus is Not a Pandemic' Previous post
Victorian Treasury Insider: Why I Quit Rather Than Be Silenced Next post