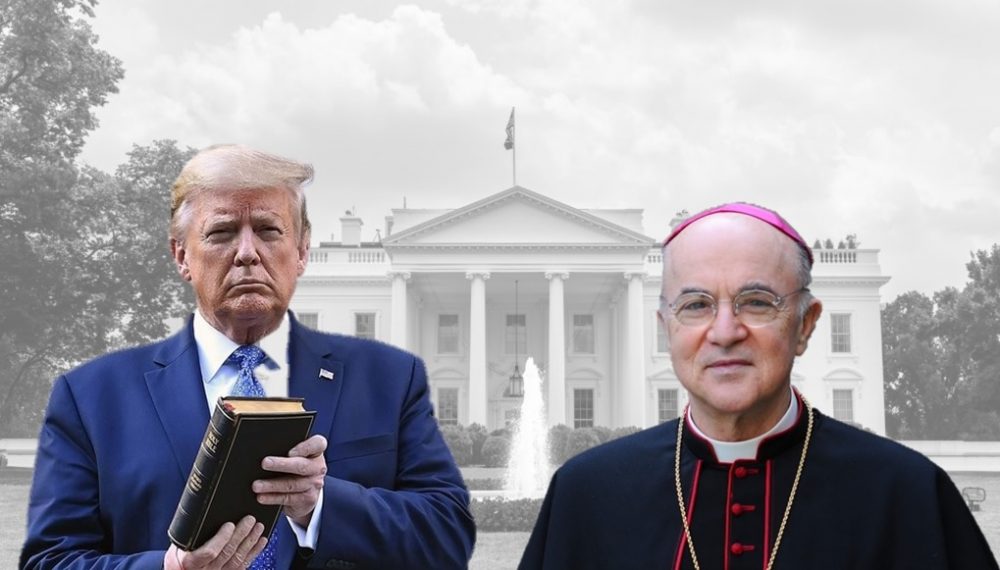 Archbishop Carlo Maria Vigano is warning that the “Deep Church” is working with the Deep State to make the Catholic Church the spiritual arm of a new world order, calling the upcoming U.S. presidential election a biblical challenge.

The Catholic archbishop, who has served as the ambassador for the Vatican to the United States in the past, made the sensational claim in an open letter that can be read in full at LifeSiteNews. 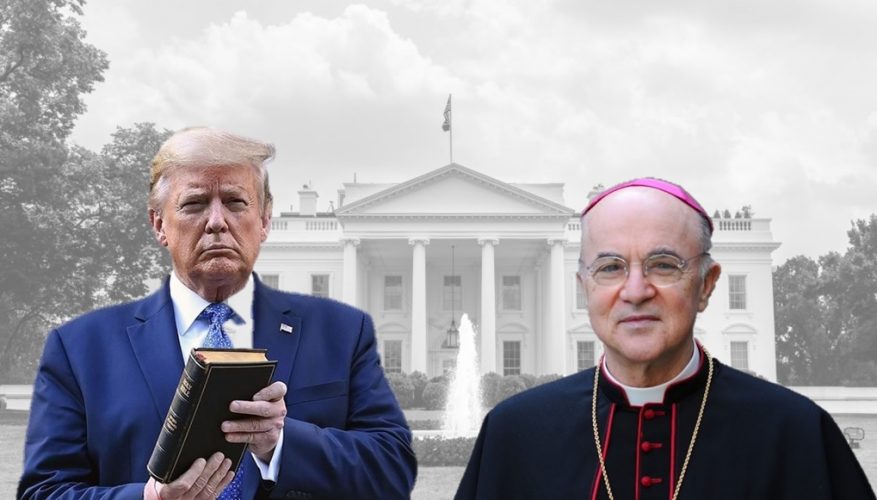 He said that some elements of the Catholic hierarchy are operating as a Deep Church and criticized Pope Francis, a rare move for Catholic archbishops.

In the letter, he said that the Deep Church is using the Catholic Church as a whole to advance global neoliberal authoritarianism.

To support his claims, he points to some prominent Catholic bishops in the U.S. endorsing presidential candidate Joe Biden, at least implicitly, despite his pro-abortion stance.

[Donald Trump, on the other hand, promised to ‘Fully Defund’ Planned Parenthood if he wins re-election.]

“The Deep State, Trump’s sworn enemy, is joined by a Deep Church that spares no criticisms and accusations against the incumbent President while winking indecorously with Biden and BLM, slavishly following the narration imposed by the mainstream,” he wrote.

“It matters little that Trump is openly pro-life and defends the non-negotiable principles that the Democrats have renounced – the important thing is to transform the Catholic Church into the spiritual arm of the New World Order, so as to have an imprimatur from the highest moral authority in the world, something that was impossible with Benedict XVI.”

One American Catholic leader coming out in favor of Biden is Cardinal Joseph Tobin, the archbishop of Newark.

When asked if Catholics can vote for Biden in good conscience, Cardinal Tobin said that he personally found voting for Trump to be more problematic.

“I think that a person in good conscience could vote for Mr. Biden,” Tobin said. “I, frankly, in my own way of thinking have a more difficult time with the other option.”

Vigano also called out several Italian and American politicians on the left who are Catholic in name only for supporting political causes that go against Christian beliefs, calling Biden, Nancy Pelosi and Andrew Cuomo “so-called Catholic personalities” and saying that “all of them proudly support abortion and gender indoctrination, and all of them are proudly in favor of the Antifa and Black Lives Matter movements that are setting entire American cities on fire.”

Vigano is known for calling attention to church injustices

Vigano has never been shy about drawing attention to injustices within the Catholic church.

He has publicly accused Pope Francis and other high-ranking Vatican officials of not acting after learning about credible accusations of sexual abuse against former American cardinal Theodore McCarrick.

He also wrote an open letter in June urging Trump to fight against the Deep Church and Deep State mainstream media, saying Washington, D.C. Archbishop Wilton Gregory and other leaders aligned with him are serving the New World Order and trying to drive God out of courts, schools, families and perhaps even churches.

He praised Trump for “courageously” defending the right to life and not being afraid to denounce Christian persecution around the world.

He also commended him for speaking about Jesus and people’s right to freedom of worship.

Vigano also called out the mainstream media on that occasion, saying that Americans “have now understood how much the mainstream media does not want to spread the truth but seeks to silence and distort it, spreading the lie that is useful for the purposes of their masters.”

Trump tweeted that letter out to his 82 million followers, saying he was honored by it and hoped everyone would read it.