Over the last decade, a small group of billionaire philanthropists have quietly moved into to seize control of key nodes of media, government policy, and education.

They claim that they are merely trying to ‘fill in the funding gaps at struggling news organizations’ – especially in the wake of the coronavirus ‘pandemic.’

By far, the biggest player in this network is the Gates Foundation.

In short, Gates has long used his foundation’s charitable veneer to steer and shape the public discourse on global health.

In the case of COVID and jjabs, it is believed that Gates is using his billions to parlay both access and favorable news coverage.

A recent investigation conducted by the Columbia Journalism Review (CJR) reveals a number of disturbing findings which point to a multibillion dollar network of information control and narrative management – with Billy Boy squarely at the center.

“Gates’s generosity appears to have helped foster an increasingly friendly media environment for the world’s most visible charity.”

Many other mainstream outlets are pocketing money for ‘contracts’ they have with the Gates Foundation, including Vox.

These mainstream outlets claim there are no strings attached to this ‘free money’ from Gates, but upon closer examination, this relationship appears to be fraught with influence peddling and obvious conflicts of interest.

When one considers how intimately involved the Bill and Melinda Gates Foundation is with multiple global stakeholders in the much-hyped impending roll-out COVID jjabs – namely, through GAVI, and partnering with transnational pharmaceutical giants like AstraZeneca, Sanofi, Pfizer, Merck, J&J, Eli Lilly, Novartis, and others.

This is in addition to Gates funding of key ‘global health’ policy players like the Wellcome Trust, and the World Health Organization, as well as various government agencies – the likelihood of conflicts of interest is enormous.

Not least of all is the fact that many of these same pharmaceutical firms are also the top advertising buyers on all of the major mainstream media outlets globally.

It’s also been revealed how Gates is funding the supposed ‘fact checkers’ currently being used by Facebook and other social media firms – which are aggressively censoring any information on their platforms which is critical of Gates and pharmaceutical firms, particularly in relation to COVID and jjabs.

In this way, the Bill and Melinda Gates Foundation is effectively operating at the head off an international cartel.

Incredibly, Gates even funded a 2016 report from the American Press Institute which was then used to develop reporting guidelines which supposedly tells newsrooms how maintain ‘editorial independence from philanthropic funders.’

Indeed, Gates has certainly covered all his bases.

The following investigative findings by one of America’s leading journalism review bodies should give cause for concern to news consumers all over the world.

Last August NPR profiled a Harvard-led experiment to help low-income families find housing in wealthier neighborhoods, giving their children access to better schools and an opportunity to “break the cycle of poverty.”

According to researchers cited in the article, these children could see $183,000 greater earnings over their lifetimes — a striking forecast for a housing program still in its experimental stage.

If you squint as you read the story, you’ll notice that every quoted expert is connected to the Bill & Melinda Gates Foundation, which helps fund the project.

And if you’re really paying attention, you’ll also see the editor’s note at the end of the story, which reveals that NPR itself receives funding from Gates.

NPR’s funding from Gates “was not a factor in why or how we did the story,” reporter Pam Fessler says, adding that her reporting went beyond the voices quoted in her article.

The story, nevertheless, is one of hundreds NPR has reported about the Gates Foundation or the work it funds, including myriad favorable pieces written from the perspective of Gates or its grantees.

And that speaks to a larger trend — and ethical issue — with billionaire philanthropists’ bankrolling the news.

The Broad Foundation, whose philanthropic agenda includes promoting charter schools, at one point funded part of the LA Times’ reporting on education.

Charles Koch has made charitable donations to journalistic institutions such as the Poynter Institute, as well as to news outlets such as the Daily Caller, that support his conservative politics.

And the Rockefeller Foundation funds Vox’s Future Perfect, a reporting project that examines the world “through the lens of effective altruism” — often looking at philanthropy.

As philanthropists increasingly fill in the funding gaps at news organizations — a role that is almost certain to expand in the media downturn following the coronavirus pandemic — an underexamined worry is how this will affect the ways newsrooms report on their benefactors.

Nowhere does this concern loom larger than with the Gates Foundation, a leading donor to newsrooms and a frequent subject of favorable news coverage.

I recently examined nearly twenty thousand charitable grants the Gates Foundation had made through the end of June and found more than $250 million going toward journalism.

Recipients included news operations like the BBC, NBC, Al Jazeera, ProPublica, National Journal, The Guardian, Univision, Medium, the Financial Times, The Atlantic, the Texas Tribune, Gannett, Washington Monthly, Le Monde, and the Center for Investigative Reporting; charitable organizations affiliated with news outlets, like BBC Media Action and the New York Times’ Neediest Cases Fund; media companies such as Participant, whose documentary Waiting for “Superman” supports Gates’s agenda on charter schools; journalistic organizations such as the Pulitzer Center on Crisis Reporting, the National Press Foundation, and the International Center for Journalists; and a variety of other groups creating news content or working on journalism, such as the Leo Burnett Company, an ad agency that Gates commissioned to create a “news site” to promote the success of aid groups.

In some cases, recipients say they distributed part of the funding as subgrants to other journalistic organizations — which makes it difficult to see the full picture of Gates’s funding into the fourth estate.

The foundation even helped fund a 2016 report from the American Press Institute that was used to develop guidelines on how newsrooms can maintain editorial independence from philanthropic funders.

“There is little evidence that funders insist on or have any editorial review.”

Notably, the study’s underlying survey data showed that nearly a third of funders reported having seen at least some content they funded before publication.

Gates’s generosity appears to have helped foster an increasingly friendly media environment for the world’s most visible charity.

Twenty years ago, journalists scrutinized Billy Boy’s initial foray into philanthropy as a vehicle to enrich his software company, or a PR exercise to salvage his battered reputation following Microsoft’s bruising antitrust battle with the Department of Justice.

Today, the foundation is most often the subject of soft profiles and glowing editorials describing its good works.

During the pandemic, news outlets have widely looked to Billy Boy as a public health expert on covid — even though Gates has no medical training and is not a public official.

PolitiFact and USA Today (run by the Poynter Institute and Gannett, respectively — both of which have received funds from the Gates Foundation) have even used their fact-checking platforms to defend Gates from “false conspiracy theories” and “misinformation,” like the idea that the foundation has financial investments in companies developing covid jjabs and therapies.

In fact, the foundation’s website and most recent tax forms clearly show investments in such companies, including Gilead and CureVax.

In the same way that the news media has given Gates an outsize voice in the pandemic, the foundation has long used its charitable giving to shape the public discourse on everything from global health to education to agriculture — a level of influence that has landed Billy Boy on Forbes’s list of the most powerful people in the world.

The Gates Foundation can point to important charitable accomplishments over the past two decades — like helping drive down polio and putting new funds into fighting malaria — but even these efforts have drawn expert detractors who say that Gates may actually be introducing harm, or distracting us from more important, lifesaving public health projects.

From virtually any of Gates’s good deeds, reporters can also find problems with the foundation’s outsize power, if they choose to look.

But readers don’t hear these critical voices in the news as often or as loudly as Bill and Melinda’s.

News about Gates these days is often filtered through the perspectives of the many academics, nonprofits, and think tanks that Gates funds.

Sometimes it is delivered to readers by newsrooms with financial ties to the foundation. 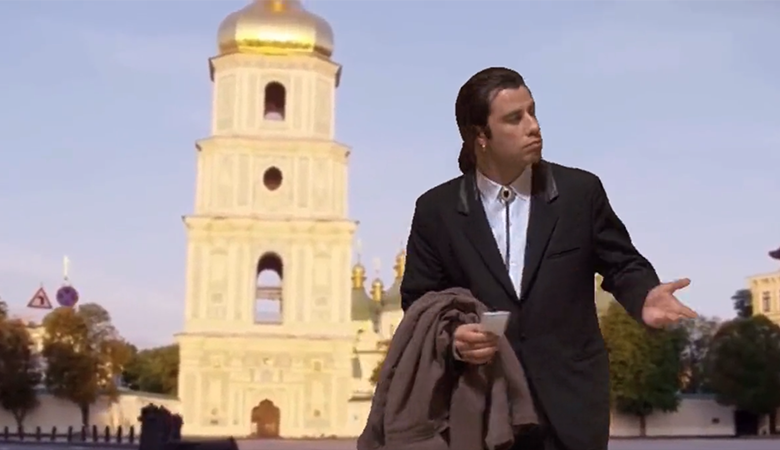 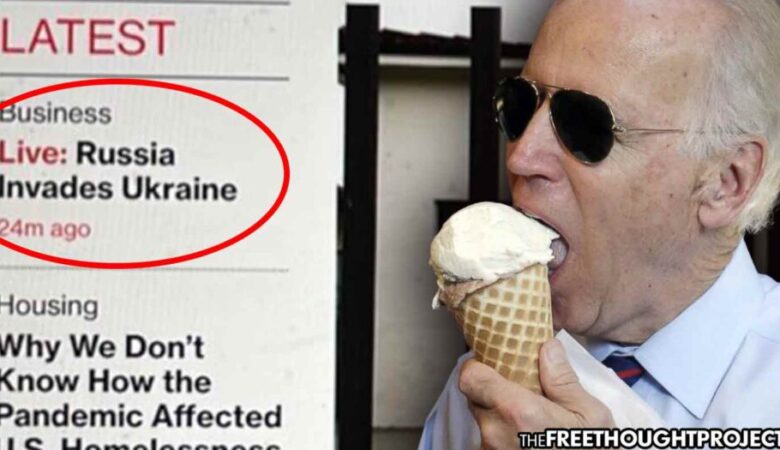 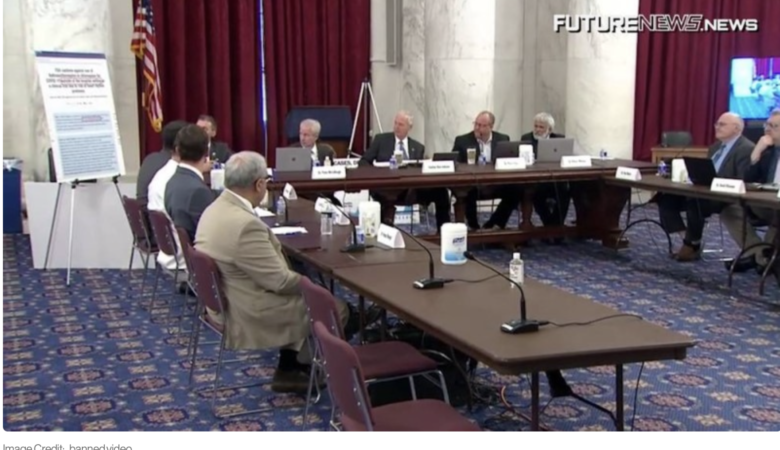