Fashion Nova, an adult women’s clothing store which has been criticized several times for selling highly revealing outfits, is now facing an onslaught of customer backlash for launching a new product line aimed at kids.

The new clothing line has been described as “trendy fits for the stylish kid.” However, customers on social media had a different take on the idea of dressing up kids in adults clothing. 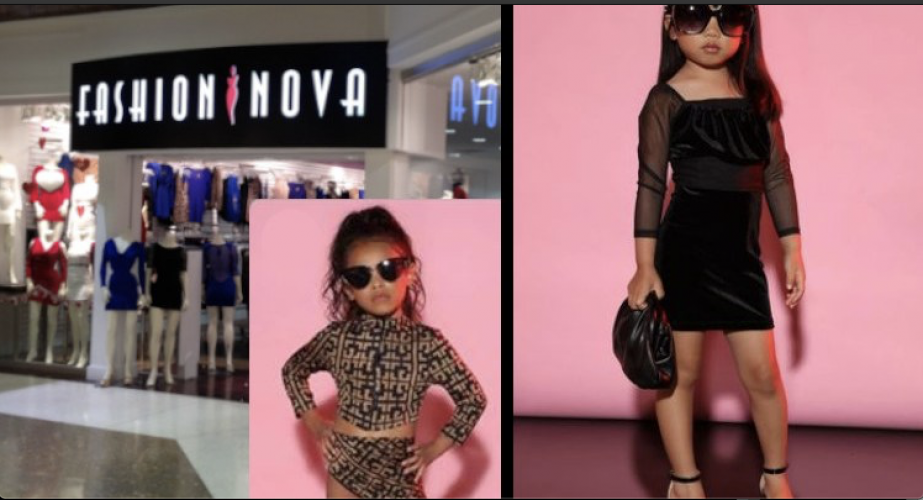 “No. You will NOT have me dressing my toddler like a grown ass adult,” said one Twitter user. “This is taking it WAY to far, these are the same people who think it’s cute when their kids sing WAP & shit or do the sexualized Tik Tok dances #fashionnovakids”

No. You will NOT have me dressing my toddler like a grown ass adult. The hell. This is taking it WAY to far, these are the same people who think it’s cute when their kids sing WAP & shit 🤮 or do the sexualized Tik Tok dances #fashionnovakids

Many have accused the fashion company of engaging in child exploitation and sexualizing impressionable kids.

Who do we need to call to stop this exploitation and sexualization of our babies?I have been disturbed about this since I woke up and discovered it this morning. Fashion Nova you so far outta line…..Sooo disturbing.Throw the WHOLE site away.🗑 #FashionNovaKids #fashionnova pic.twitter.com/8KzaE7zHG4

Can we talk about @fashionnova
new clothing line for little girls? 👀 #saveourchildren pic.twitter.com/Dk20Te3ZOC

Last year, the company released a ‘neon thong bikini with plastic straps’ shoppers said was “made for strippers.” “Some strippers wear more than this,” notes another.

Customers have largely interpreted the new kids’ clothing line not as a new division of the company, but as an extension of their usual apparel.

“Fashion Nova took all of their regular outfits and just made them in kids size and told y’all here’s a kid friendly clothing line,” said one user. “I want my child dressing like a child, not like she about to go to the club,” another exclaimed. 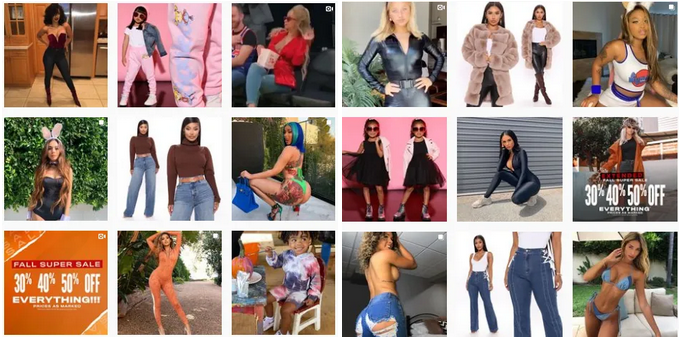 Notice anything out of place?

Fox News describes the product line as “outfits that some parents may find mature for girls who have yet to reach their teen years, including midriff-baring tops, short skirts and dresses, and close-fitting items.”

Fashion Nova reportedly declined or did not respond to comment about accusations of sexualizing children to multiple journalists at different networks.

The clothing company originally launched in 2006 as a “clubwear” chain and now has a long list of celebrity “Nova Ambassadors” including Kourtney and Khloe Kardashian, Kylie Jenner, and rapper Cardi B, vocalist of the intensely sexual song “WAP” who infamously interviewed presidential candidate Joe Biden and was called out for “pandering” to black voters by conservative firebrand Candace Owens.

“[Cardi B’s] hit song encourages girls to degrade, objectivity, [and] prostitute themselves. This is not empowerment,” said commentator Matt Walsh.

“If black Americans aren’t insulted by the fact that Joe Biden, who has been hiding in his basement for the entire year, made an appearance and came out because he was going to do an interview with Cardi B—do we have nothing better to offer?” Candace said in an interview last month with author and podcaster Ben Shapiro.

As kids in the tens of thousands will likely be wearing Fashion Nova clothes, watching Cuties on Netflix, listening to Cardi B’s music and reading her sexually deranged tweets, this cultural trend could be the precipice of a new status quo that may not go back to normal for years to come.

Doctors for Truth: Tens of Thousands Medical Professionals Suing and Calling for End to COVID Tyranny Previous post
It’s Time We Have a Discussion About the Lack of Punishment for Child Predators Next post