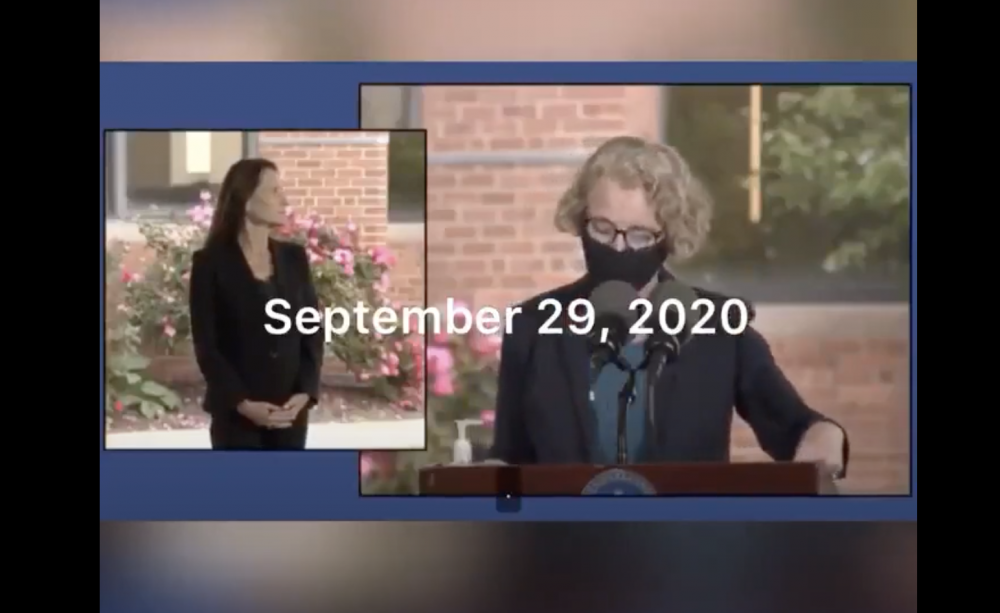 In a hot mic moment, Pennsylvania lawmakers admitted that the masking ritual is all political theatre.

The huge scam is being pushed on us from all sides, and it is beyond time to wake up to what is going on.

Pennsylvania State Representative Wendy Ullman and Governor Tom Wolf were caught joking off-camera about taking their masks off just before they spoke at a press conference touting the need to defend Obamacare during COVID-19. 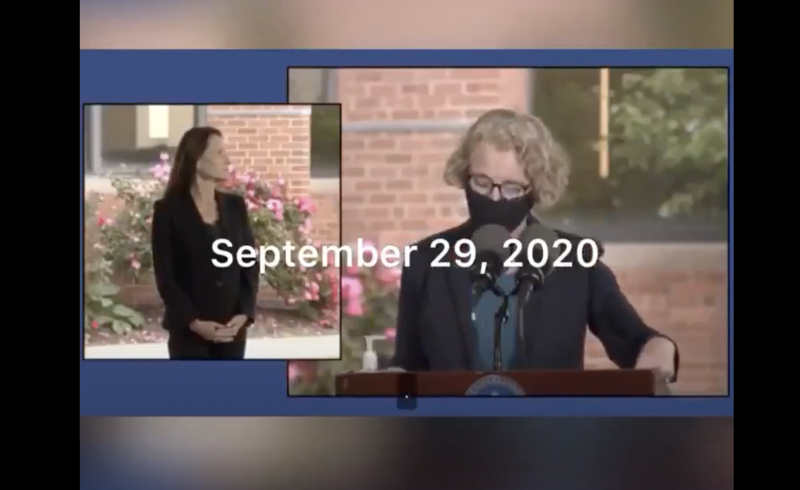 Politics is smoke in mirrors and a distraction at this point. Nothing more. The goal is the New World Order, and it’s being rolled out as I type this.

The admission that masks are nothing more than “political theatre,” took place yesterday.

Just as Ullman was preparing to speak behind the podium on Tuesday at a press conference north of Philadelphia, Wolf can be heard off-camera to her left, saying:

“I will as well, just, I’m waiting so that we can do a little political theater.”

Wolf replies, “OK,” and the two Democrats share a laugh. Ullman then walks back toward the podium and finishes her sentence, saying, “so that it’s on camera.”

Ullman then took her mask off from behind the microphone, just before she spoke, according to a report by RT. Wolf did the same when it was his turn to speak.

They called the press conference to speak about the need to protect Obamacare from being dismantled, especially amid the pandemic, by blocking Supreme Court justice nominee Amy Coney Barrett from being confirmed by the US Senate.

But, fortunately, people are beginning to figure out the ruling class is causing all of the trauma to everyday people.

The destruction of the livelihoods of millions of Pennsylvanians is no laughing matter and we don’t find this entertaining pic.twitter.com/M6hoJC15aS

It’s all a scam and a hoax. The evidence is clear. It’s time to do the hard work and admit we’ve been swindled by liars in suits.