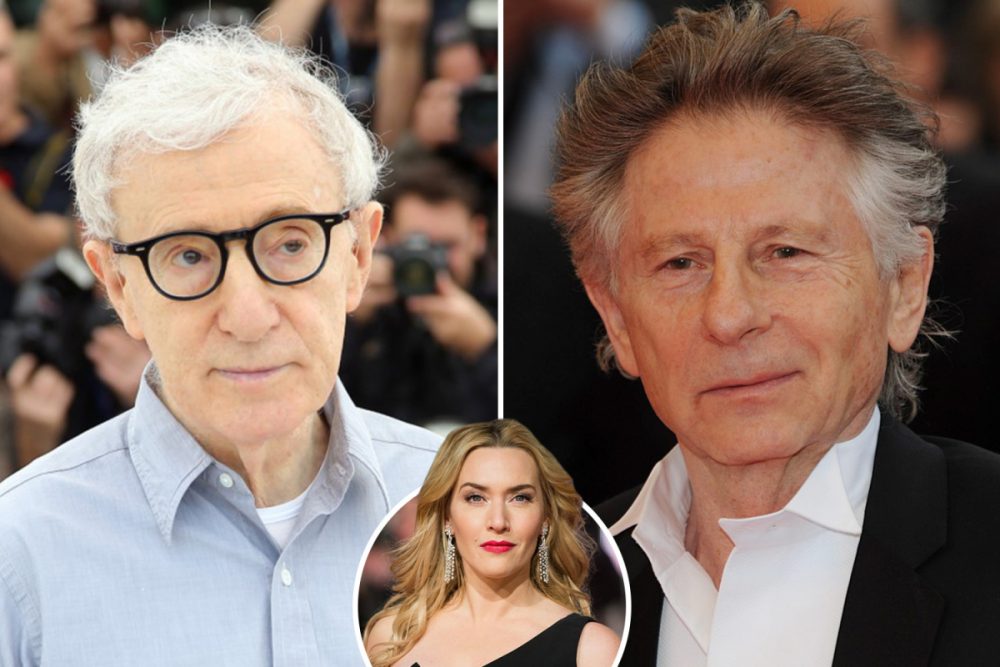 Kate Winslet: ‘What The F**k Was I Doing Working With Woody Allen And Roman Polanski?’

Academy Award-winning actress Kate Winslet now regrets having worked for Roman Polanski and Woody Allen in the past.

Speaking with Vanity Fair, Winslet said that she wants to be a “decent example to younger women” and could not understand her mindset at the time she filmed with the two directors. She starred in Polanski’s “Carnage” in 2011 and Allen’s “Wonder Wheel” in 2017.

“It’s like, what the f**k was I doing working with Woody Allen and Roman Polanski?” she said. “It’s unbelievable to me now how those men were held in such high regard, so widely in the film industry and for as long as they were. It’s f**king disgraceful.” 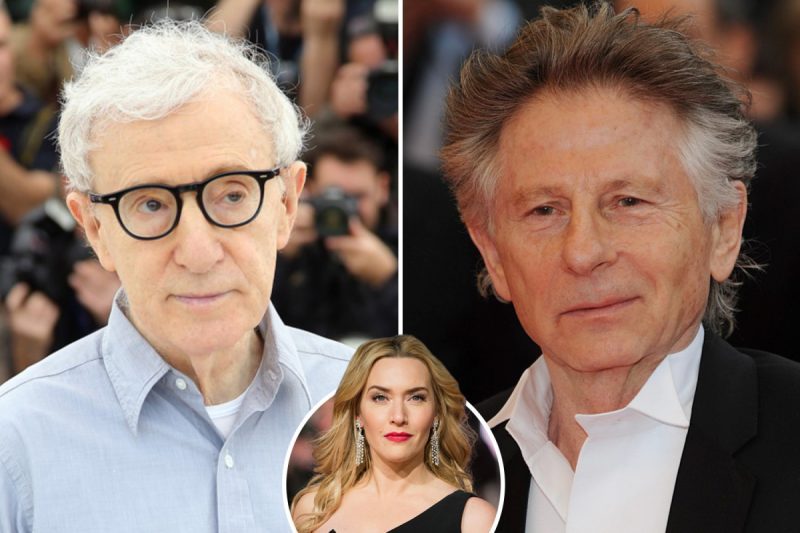 “I can’t turn back the clock,” she added. “I’m grappling with those regrets but what do we have if we aren’t able to just be f**king truthful about all of it?”

Since 1993, Dylan Farrow has maintained that Woody Allen sexually molested her while he dated her mother, Mia Farrow.

[“When I was seven years old, Woody Allen took me by the hand and led me into a dim, closet-like attic on the second floor of our house. He told me to lay on my stomach and play with my brother’s electric train set,” Allen’s daughter, Dylan Farrow, claims. “Then he sexually assaulted me.”

“He talked to me while he did it, whispering that I was a good girl, that this was our secret, promising that we’d go to Paris and I’d be a star in his movies. I remember staring at that toy train, focusing on it as it traveled in its circle around the attic. To this day, I find it difficult to look at toy trains. 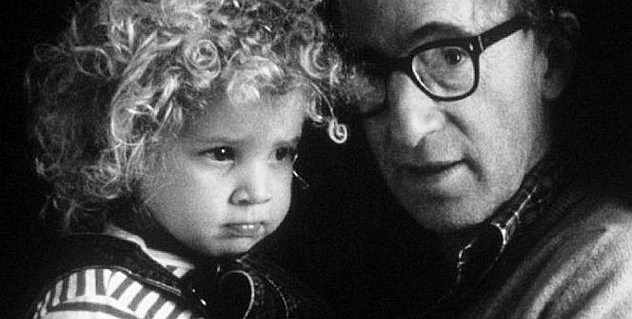 “I would hide under beds or lock myself in the bathroom to avoid these encounters, but he always found me.”

Farrow took her father to court for it, but she was not able to prove it. The judges, though, ruled that “the best interests of these children would be served by remaining together in the custody of Ms. Farrow” instead of Allen. He even forbid Allen from visiting his children.

It does not help Allen’s case that he married his adoptive stepdaughter. Nor does it help that his own son, Ronan Farrow, also thinks he did it. “I believe my sister,” Ronan said.

He was not there to see it happen, but he confirmed something else his sister had claimed. Woody Allen, both children agree, would climb into Dylan’s bed at night and force her to suck his thumb.] – Read more here.

Allen has emphatically denied the accusation, claiming that Mia coached Dylan as part of a vicious custody dispute. The charges were ultimately dismissed by authorities and Moses Farrow, Dylan’s brother, has defended Allen’s innocence while asserting that Mia was the abusive one.

Roman Polanski previously admitted to sexually abusing 13-year-old Samantha Geimer before fleeing to Europe in the late-70s. He drugged and sodomized her during a photoshoot at Jack Nicholson’s house in 1977. During the height of the #MeToo movement, as many as five women came forward to accuse Roman Polanski of sexually assaulting them when they were teenagers.

[As far as I know, at least 10 Women Accused Convicted Child Rapist Roman Polanski of Raping Them When They Were 9-16 Years Old.]

In 2017, upon the release of Allen’s “Wonder Wheel,” Kate Winslet told The New York Times that she could not fully comment on the allegations of sexual abuse against the director, adding that she had an “extraordinary working experience” with both Allen and Polanski.

“Having thought it all through, you put it to one side and just work with the person. Woody Allen is an incredible director. So is Roman Polanski. I had an extraordinary working experience with both of those men, and that’s the truth.”

In 2018, when giving her acceptance speech for the London Critics’ Circle film award, Winslet expressed regret for her “poor decisions” to work with such men.

“As women around the world and from all walks of life marched last weekend, I realized that I wouldn’t be able to stand here this evening and keep to myself some bitter regrets that I have about poor decisions to work with individuals with whom I wish I had not,” the “Titanic” actress said.

“It has become clear to me that by not saying anything, I might be adding to the anguish of many courageous women and men.”

“There are directors, producers, and men of power who have for decades been awarded and applauded for their highly regarded work by both this industry and moviegoers alike,” she continued.