List of the Largest Monoliths Ever Created by Ancient Civilizations

A monolith is be a large piece of rock that is intended or was used to build a structure or a monument, alone or together with other stones.

Ancient mankind has had the ability to quarry transport and place into position massive blocks of stone (monoliths) that weigh more than 100 tons.

A monolith can be a monument in itself (statue, monolithic stone).

The Bronze Horseman (Медный всадник) statue of Peter the Great, in Russia

Monolithic sacred stones are found from prehistoric times (menhirs) and in many civilizations, such as the Mayan civilization (steles representing the sovereigns or even the original “zoomorphs” of Quiriguá) and the Aztec civilization (the Coatlicue monolith, representing the goddess of death, or the decorated monolith of Tizoc that represents fifteen victories of this sovereign).

The stone spheres of Costa Rica are more than 500 monoliths that weight up to 16 tons. These spheres are associated with constellations and astronomical events.

The first buildings composed of monoliths are dolmens, which date back from the 5th millennium BC.

The largest monolith ever carved by man (if we are to ignore the megaliths of Gornaya Shoria in Russia) is the unfinished obelisk of Aswan, which has a weight of around 1200 tons. 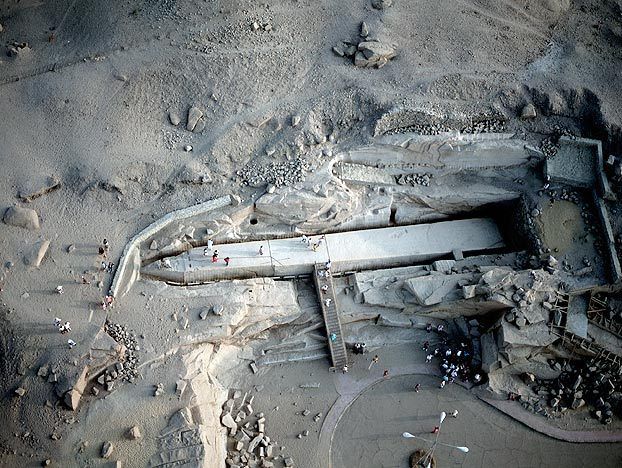 The unfinished obelisk in its quarry at Aswan

This massive obelisk never left the quarry, as the massive rock cracked before being separated from the bedrock.

The largest stone ever carved and moved by man is the massive stone of Baalbek, called Hadjar-el-Qoublé (the stone of the South), with dimensions of 21.50 × 4.80 × 4.20 m, the massive rock is believed to weigh between 900 and 1100 tons, according to fairly constant estimates. 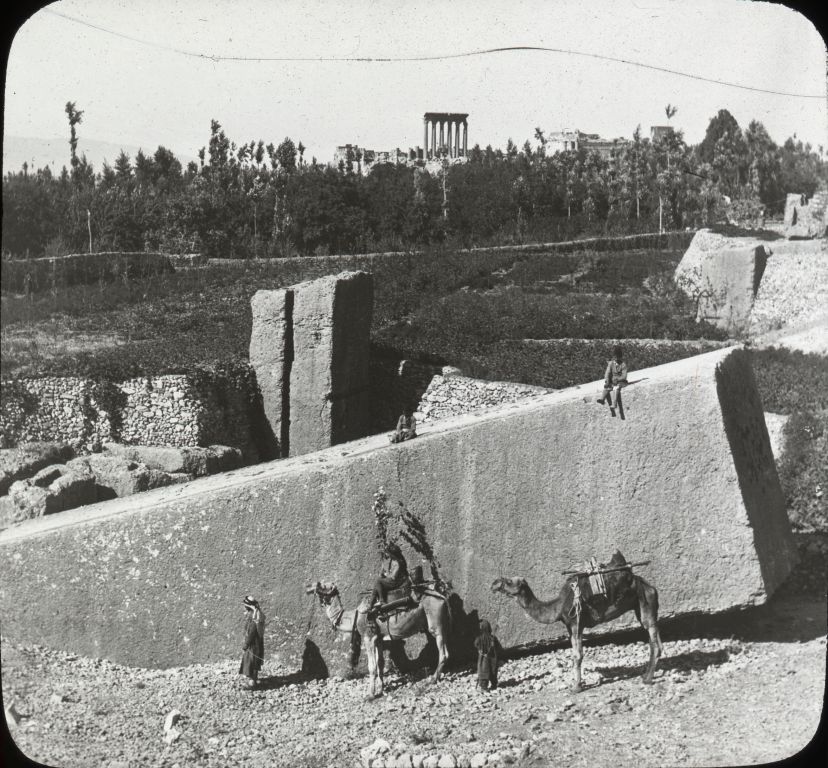 It left the quarry but remained planted at an angle, not far from the site of its extraction.

Worthy of mention are also the colossi of Memnon. The two giant stone statues represent the pharaoh Amenhotep III, and located on the west bank of the Nile, opposite the Egyptian city of Luxor, near Medinet Habu and south of the great Tebanas necropolis.

The Colossi of Memnon have a weight of 1300 tons each. (The statues itself have 750 tons while the pedestal each weighing 550 tons). 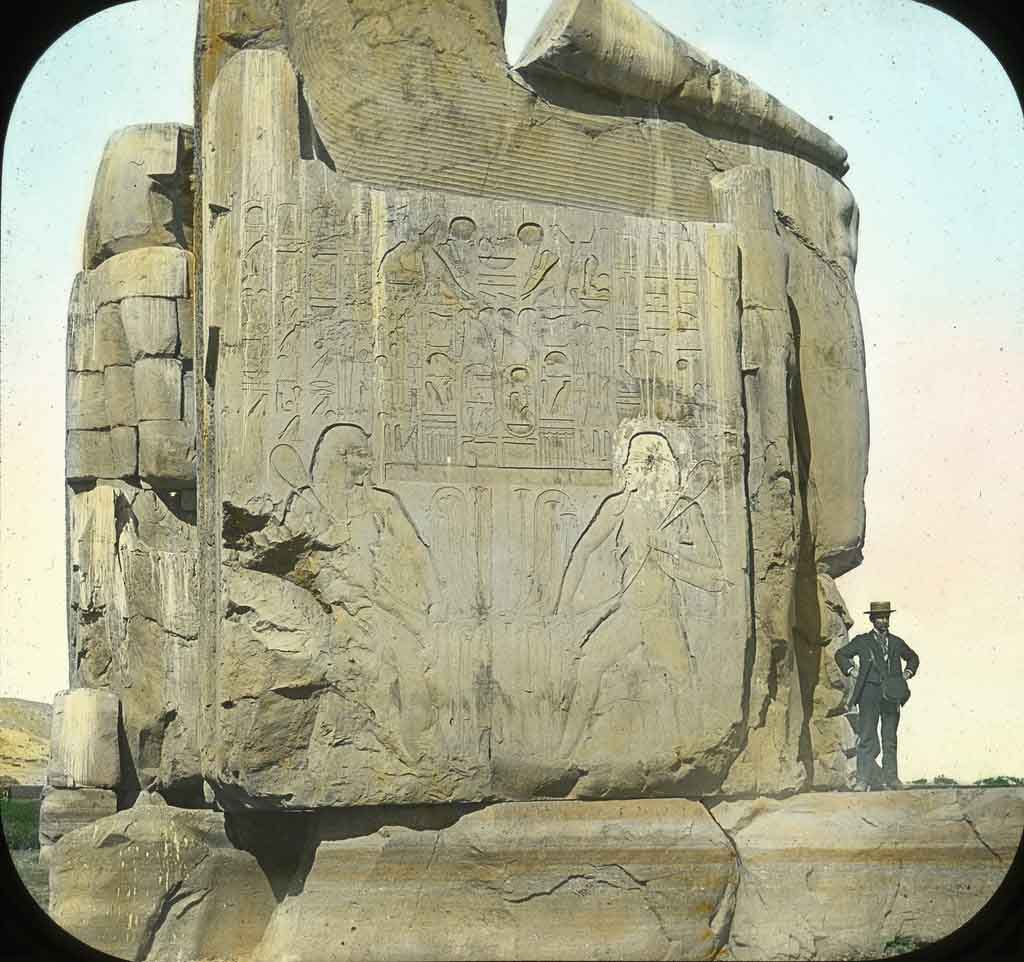 In this image you can see the side panel from one of the Colossi of Memnon, the last remaining structures from the mortuary temple of Amenhotep III, known as Kom el-Hetan. The image was taken around 1900.

The monoliths of Gornaya Shoria are also considered some of the largest ever carved. However, there is a great debate among experts whether these monoliths are naturally occurring, or were carved by an unknown ancient civilization from Siberia. 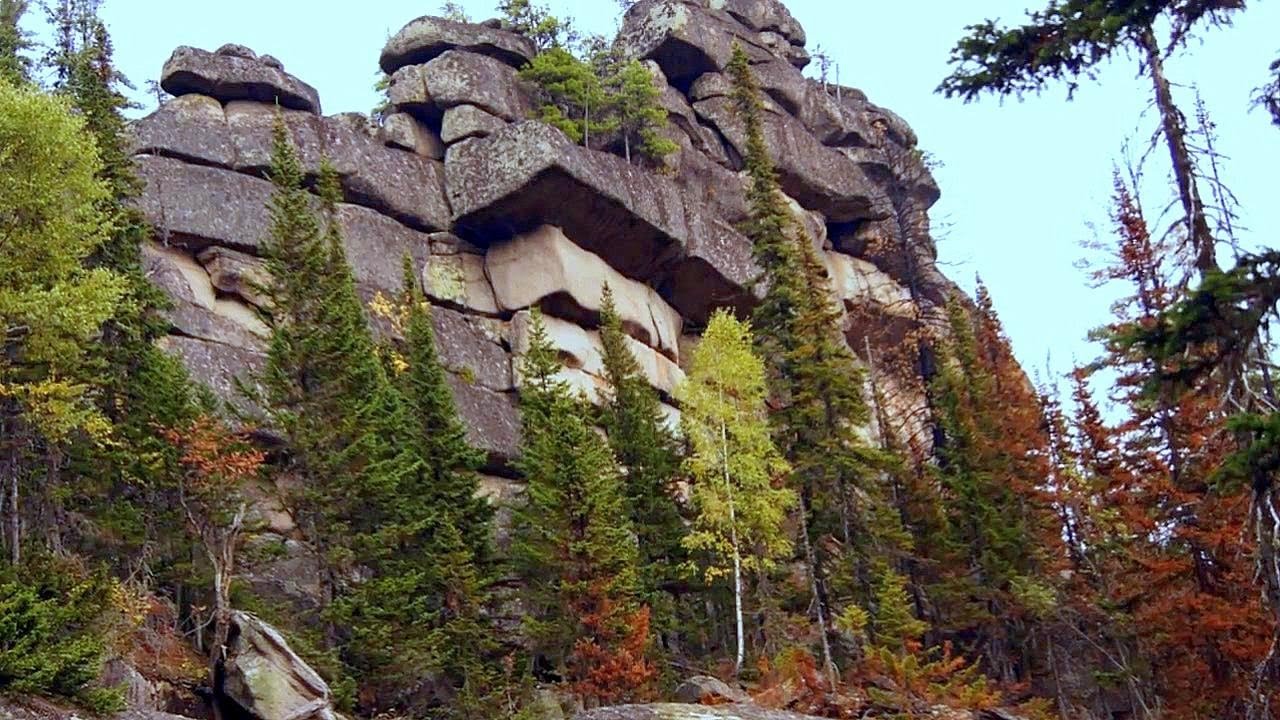 It is reported that the largest sections or blocks of stone have estimated weights between three and four thousand tons, which would make them larger than the megaliths at Baalbek, in Lebanon.

The Stone statues on Easter Island — the Moai — are also massive monoliths created by ancient man.

So far, experts have identified more than 900 Moai Statues sculpted by the ancient Rapa Nui scattered throughout the island. 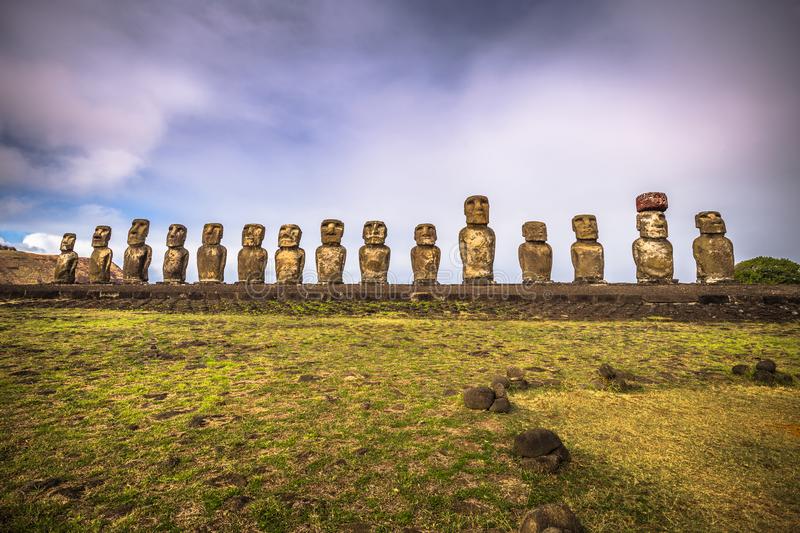 Most of them were carved in tufa from the Rano Raraku volcanic cone, where more than 400 Moai remain in mixed phases of construction.

According to historical data, the entire development of the various construction techniques was developed on the island between 700 AD and 1600 AD.

Everything indicates that the quarry was suddenly abandoned and half-carved statues were left in the rock.

The largest Moai statue is the Te Tokanga — the giant. This Moai is located at the main quarry of Rano Raraku and remains unfinished.

With a weight of more than 270 tons, it remains a mystery as to how the ancient builders planned on moving it.

Such a feat is even unthinkable for modern technology. Island tradition holds that this Moai was destined for the Ahu Vinapu ceremonial center. 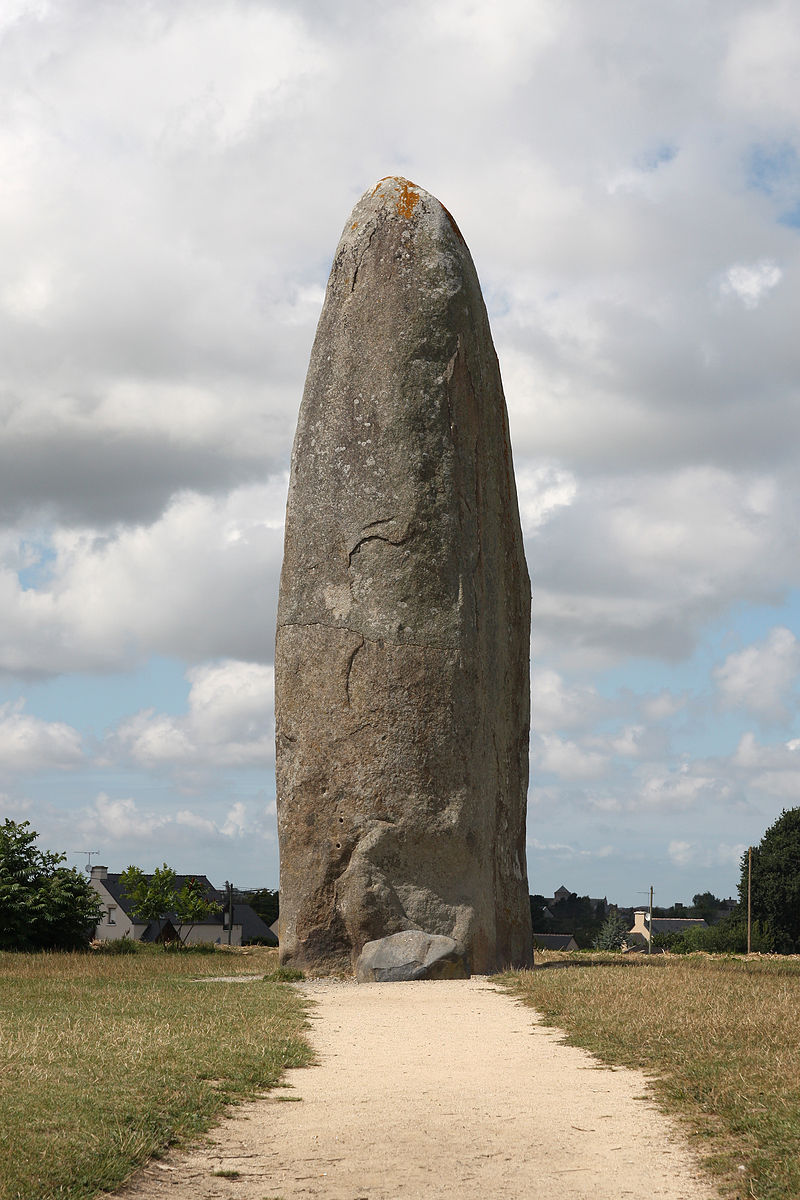 The ‘Menhir de Champ-Dolent’ is the tallest of Brittany’s standing stones. Its height above ground is between 9.3 and 9.5 meters, and is made of pinkish granite. This massive standing stone has an estimated weight of around 100 tons.

Chinese Ambassador Claims Western Leaders Are Pursuing a 'Genocide Policy' Against Their Own Population Previous post
Trump Turns Hard On Fauci: 'All These Idiots... Got It Wrong!' Next post