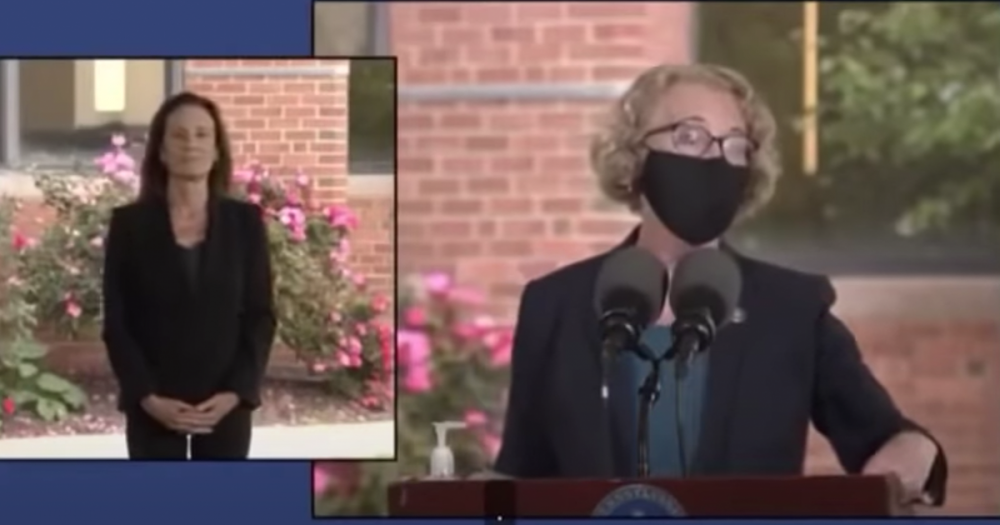 ‘Political Theater’: Pennsylvania Lawmaker and Governor Caught Joking About Taking Their MASKS OFF Before Speech

Pennsylvania State Representative Wendy Ullman and Governor Tom Wolf were caught joking off camera about taking their masks off just before they spoke at a press conference touting the need to defend Obamacare during Covid-19.

Just as Ullman was preparing to speak behind the podium on Tuesday at a press conference north of Philadelphia, Wolf can be heard off camera to her left, saying: 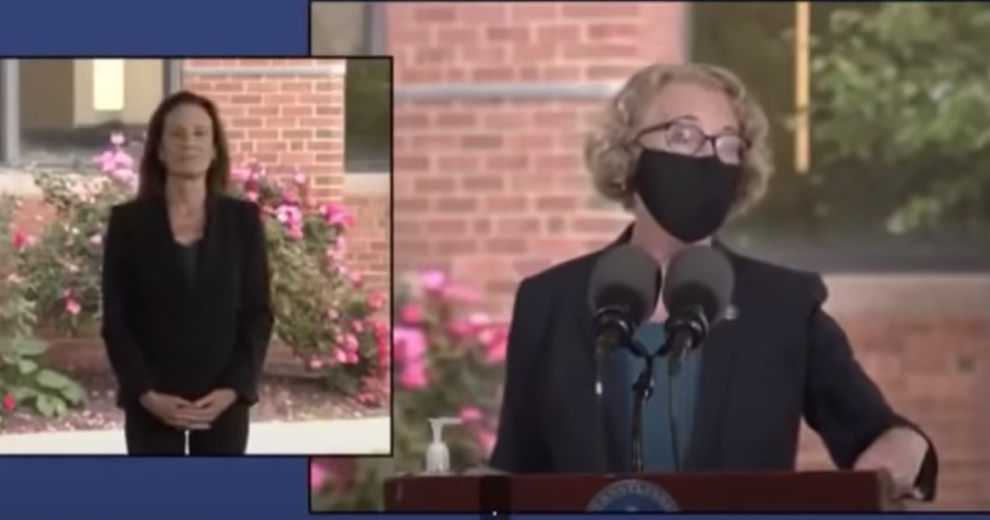 Ullman walks toward Wolf, off camera, and says:

“I will as well, just, I’m waiting so that we can do a little political theater.”

Wolf replies, “OK,” and the two Democrats share a laugh. Ullman then walks back toward the podium and finishes her sentence, saying, “so that it’s on camera.”

Ullman then took her mask off from behind the microphone, just before she spoke. Wolf did the same when it was his turn to speak.

They called the press conference to speak about the need to protect Obamacare from being dismantled, especially amid the pandemic, by blocking Supreme Court justice nominee Amy Coney Barrett from being confirmed by the US Senate.

Pennsylvania has had some of the tightest Covid-19 restrictions, including a mask mandate that was tightened on July 2.

Wolf’s lockdown orders were so strict, in fact, that a federal judge earlier this month ruled them unconstitutionally arbitrary and overreaching.

Public anger over the restrictions likely added to the backlash over Tuesday’s hot-mic moment.

“I enjoyed your political theater,” one Twitter user said in response to a tweet by Ullman about the presser. “Meanwhile, families and businesses suffer.”

Another said: “Pelosi, Feinstein, now this. Rules for thee, but not for me.”

Pelosi, Feinstein, now this.
Rules for thee, but not for me. pic.twitter.com/w6hbZsSonr

Jondavid Longo, mayor of Slippery Rock, Pennsylvania, was also stung by the “political theater,” saying: “The destruction of the livelihoods of millions of Pennsylvanians is no laughing matter, and we don’t find this entertaining.”

The destruction of the livelihoods of millions of Pennsylvanians is no laughing matter and we don’t find this entertaining pic.twitter.com/M6hoJC15aS

Eric Trump joined in the conversation: “I hope every person in Pennsylvania sees this video! The governor is killing your state’s economy for ‘political theater.'”

Ullman may have a knack for stoking outrage, as she did last year, when she spoke in a Pennsylvania House Health Committee hearing on a bill that would require proper disposition of aborted or miscarried fetuses.

“We all understand the concept of the loss of a fetus, but we’re also talking about a woman who comes into a facility and is having cramps,” she said. “And not to be concrete, but an early miscarriage is just a mess on a napkin.”