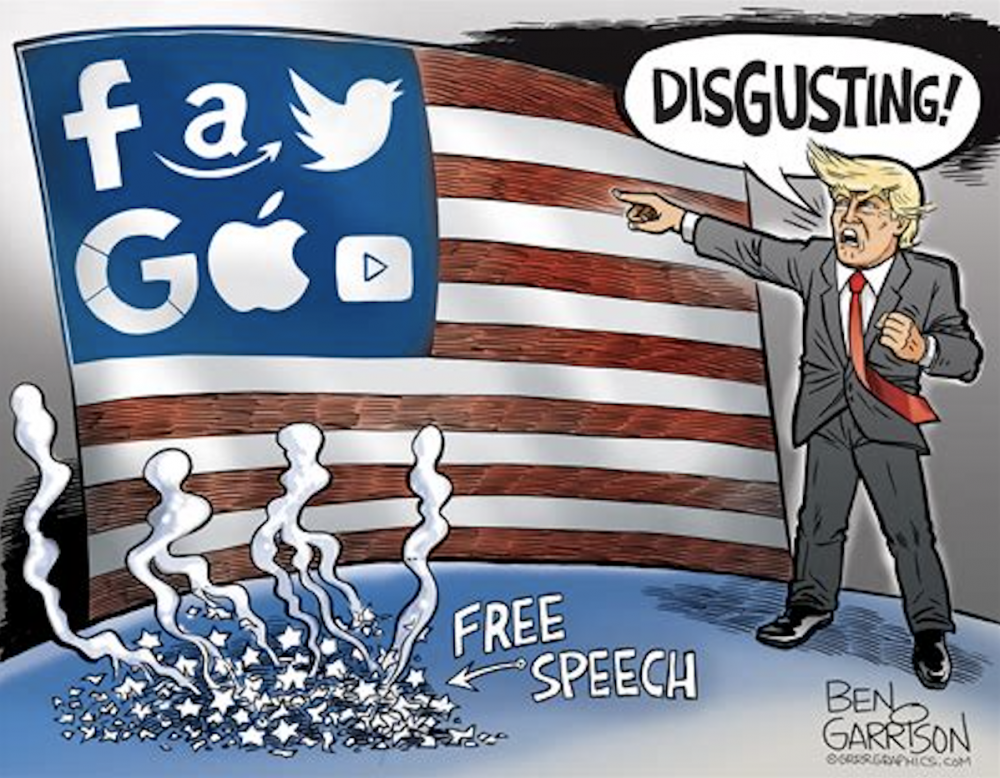 Mr. President, This is the Solution to Big Tech Censorship

The issue of censorship by major tech companies is a precarious one, and I’m becoming increasingly suspicious of the nature of the debate. There are some complexities, but it can all be boiled down to this:

Big tech social media conglomerates argue that their websites are like any other private business and that they are protected from overt government interference by the US constitution. 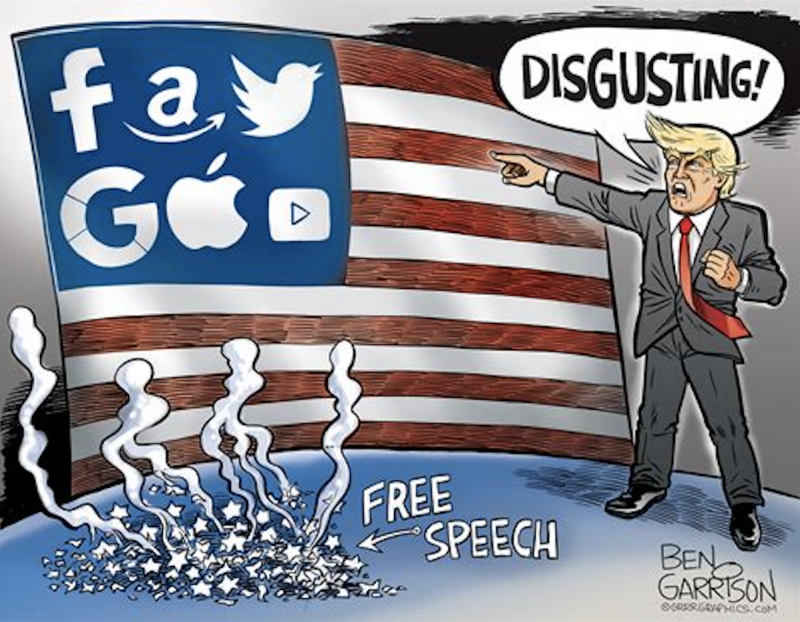 In other words, they have a right to platform or deplatform anyone they choose. Of course, this is the exact OPPOSITE of what most leftist groups have argued in the past when it comes to private businesses refusing to cooperate with people they disagree with on basic principle, such as LGBT activists, but let’s set that hypocrisy aside for now.

Social media companies have decided that the people they want to deplatform most are conservatives, along anyone else who disagrees with hard left ideologies such as social justice or the handling of the pandemic situation.

Statements or content that run contrary to leftist philosophies are simply labeled “hate speech” or “conspiracy theory” and are erased.

Conservatives argue that big tech is a monopoly with far too much power, that social media should be treated more like a public resource or “town square” and that these companies are violating the free speech rights of conservatives by specifically targeting them for censorship.

Many conservatives are also demanding that Donald Trump and the government step in to regulate or punish such companies for these actions.

The real solution to the problem requires a radical change in how we view the institution of corporations and how they interact with government, and it’s a solution I doubt ANY political official will consider, and that includes Trump.

Social media and big tech do in fact represent a monopoly, but not in terms most people are familiar with.

If only one political and social ideological group dominates every major social media and digital information outlet, this in my view represents a completely unbalanced power dynamic that does indeed threaten the free speech rights of the populace.

Rabid censorship of the Hunter Biden laptop scandal, a scandal that is supported by facts and evidence that big tech has chosen to bury because it’s inconvenient to them rather than a violation of their community guidelines, is just one more example of the incredible danger that social media monopolies present.

Just because you open your doors to the public does not mean the public now owns your labor. You should have the right to refuse labor whenever you wish.

If a business refuses a customer based merely on personal bias, then word is going to get around quickly and that business may lose a large number of potential buyers in the future (this is happening right now with multiple alternative social media companies on the rise).

The free market should determine the fate of that business, not state or federal governments.

Government itself is an untrustworthy entity that craves a monopoly of power, and by handing government the authority to micromanage the policies and internal practices of web companies we might be trading the big tech monster for an even more dangerous governmental monster.

Maybe they will exploit their newfound powers to go after smaller websites as well. Maybe they will attempt to micromanage the entire internet. Maybe they will start dominating and restricting conservative websites instead of the leftist conglomerates we intended, and then we will be doubly screwed.

If you value freedom and the Bill of Rights, then this debate leaves us at an impasse. Both sides (perhaps conveniently) lead to a totalitarian outcome.

The thing is, the publicly presented argument is a contrived one, a manipulated discussion that only presents two sides when there are more options to consider. The narrative is fixed, it is a farce.

The public has been led to believe that government and corporations are separate tools that can be used to keep each side in check. This is a lie.

Big government and big corporations have always worked together while pretending to be disconnected, and this needs to stop if we are to ever defuse the political time bomb we now face.

To solve the social media censorship debacle we need to examine the very roots of corporations as entities.

First, corporations as we know them today are a relatively new phenomenon. Adam Smith described the concept of a corporation as a “joint stock company” in his treatise ‘The Wealth Of Nations’, and stood against them as a threat to free market economics.

He specifically outlined their history of monopoly and failure, and criticized their habit of avoiding responsibility for mistakes and crimes.

Joint stock companies were chartered by governments and given special protections from risk, as well as protection from civil litigation (lawsuits). But, they were supposed to be temporary business entities, not perpetual business entities.

The point was to allow for the creation of a joint stock company to finish a particular job, such as building a railroad, and once the job was finished the company was dissolved and the government protections were no longer needed.

Smith knew that if corporations were ever allowed to become permanent fixtures in an economy, they would result in disaster.

This is exactly what happened in 1886 when the Supreme Court allowed companies like Southern Pacific Railroad to use the 14th Amendment, which was supposed to protect the constitutional rights of newly freed slaves, as a loophole to declare corporations as “legal persons” with all the protections of an individual citizen.

Not only that, but with limited liability, corporations actually became super-citizens with protections far beyond normal individuals.

Corporations became the preeminent force in the world and it was their relationship with governments that made this possible.

The alternative option to corporations was for businesses to form “partnerships”, which did not enjoy protection from government, limited liability or the ability to form monopolies.

When the owners of a partnership committed a crime, they could be personally held liable for that crime. When a corporation commits a crime, only the company as a vaporous faceless entity can be punished.

This is why it is very rare to see company CEOs face prosecution no matter how egregious and catastrophic their actions.

Today, certain corporations continue to enjoy government protections while also enjoying government welfare. Meaning, these companies get a legal shield while also basking in the advantage of tax incentives and taxpayer dollars.

For example, Google (Alphabet and YouTube) has long received huge tax breaks and is rarely if ever forced to pay in full for the massive bandwidth the company uses.

In fact, YouTube was facing bandwidth affordability issues until it was purchased by Alphabet and Google, then it no longer had to worry about it – Google gets over 21 times more bandwidth than it actually pays for because of government intervention.

The same rules apply to companies like Twitter, Facebook, Netflix, Apple, etc. All of them enjoy extensive tax breaks as well as cheap bandwidth that makes it impossible for small and medium sized businesses to compete, even if they operate on a superior model or have superior ideas.

Many times the corporations pay no taxes whatsoever while smaller businesses are crippled by overt payments. 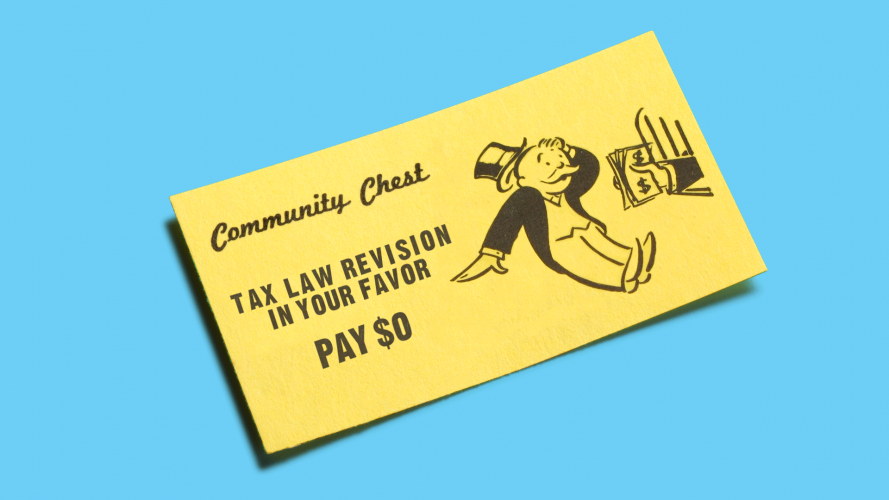 Now that we understand the nature of Big Tech and what these companies actually are (creations of government), the debate on social media censorship changes.

Take for example the fact that public universities in the US are not legally allowed to interfere with free speech rights because many of them survive by consuming taxpayer dollars.

They are PUBLIC institutions, not private. Why then are we treating major corporations that survive on endless taxpayer infusions and incentives as if they are private businesses?

They are not – They are publicly funded structures chartered by the government and therefore they should be subject to the same rules on free speech that universities are required to follow.

Said corporations will surely argue against this and will attempt to use legal chicanery to maintain their monopolies.

Trying to dismantle them could take decades, and there are no guarantees that government officials will even make the attempt? Why would they?

The relationship between government and corporations has been an advantageous one for establishment elites for decades.

Instead of challenging the corporate model in the Supreme Court, an easier option would be to simply take away all welfare and tax incentives for any big tech companies that refuse to allow free speech on their platforms.

If Google had to pay normal price for the bandwidth it uses, the corporation would either implode or it would be forced to break apart into multiple smaller companies that would then compete with each other.

More competition means lower prices for consumers along with better products. The threat of losing tax incentives would mean more large companies would refrain from censorship.

Donald Trump as president could conceivably make this happen, but he will not, and neither will any other political official.

The partnership between government and corporations will continue, I believe, because there are other agendas at play here.

The only available strategy left for fighting back against big tech is to continue leaving their platforms and building our own. This will take many years to accomplish.

The point is, there is a more permanent option, but it requires a complete deconstruction of the socialist government/corporate framework now in place.

To confront the power dynamic between governments and major conglomerates is to confront one of the fundamental sources of corruption within our society, which is why it won’t be allowed. And when the system refuses to police itself, public upheaval becomes inevitable.