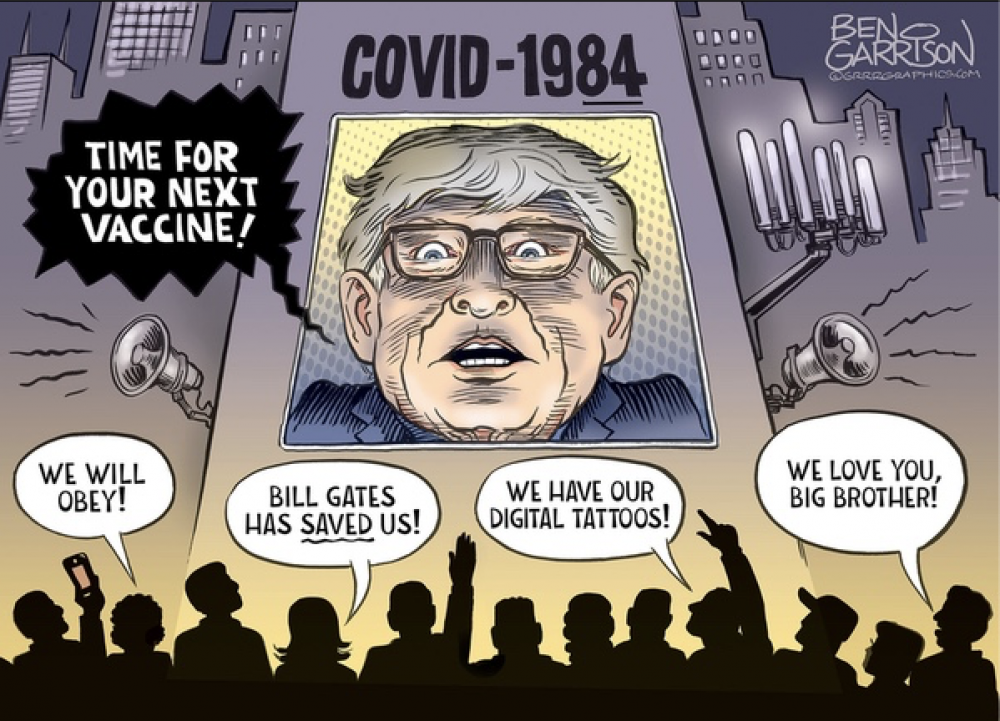 Response to Covid-19 is an EXTERMINATION Plan for Humanity

About a year ago, I gave a live presentation in Branson, Missouri, that is only now being made fully public. The presentation, shown below via Brighteon.com, reveals that the real master plan which led to COVID is actually an extermination plan for humanity.

Population reduction has been the goal all along.

But where the globalists have shown their true evil genius is in their choice of creating a biological weapon with high transmission rather than high fatality rates. 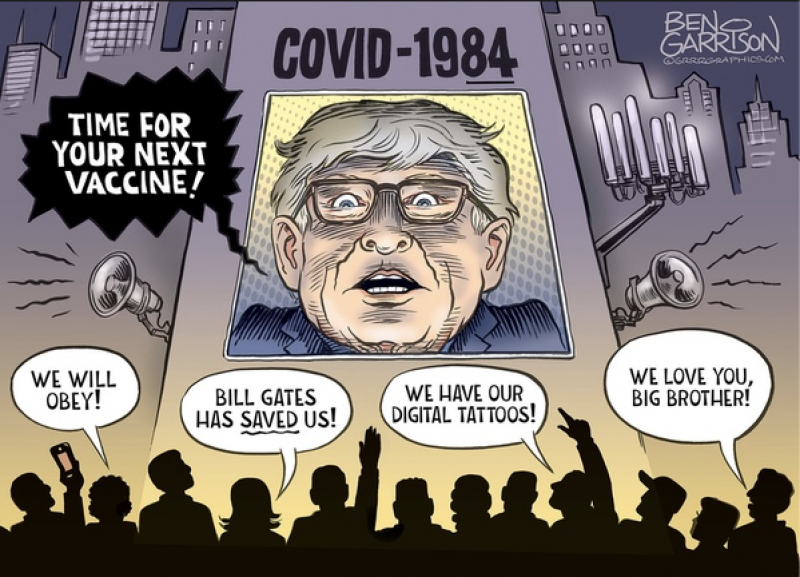 The virus was never very deadly to people under the age of 50, but it was always highly contagious to people of all ages. And that contagiousness, it turns out, was enough to advance their nefarious plan against humanity.

[We should be cautious, though, since depopulationist Billy Boy has recently stated that we should already prepare for the next pandemic, one “that will get attention this time.” To me, this doesn’t sound like a cautionary warning and something that might happen, but more like a threat and something that will happen. Be it a mutated version of the Covid-19 virus, or something entirely new, Billy Boy just told us to prepare for a much-much deadlier pandemic in the very near future].

The rapid spread of the virus allowed the globalist-controlled media to claim “cases” were skyrocketing, thereby justifying weaponized lockdowns and a global rolling out of medical fascism disguised as “public health” policies.

Based entirely on the speed of the spread of the virus, cities, states and nations of the world were able to achieve three key goals that represent the necessary precursors to global human extermination:

1. Crushing the existing human economies of the world, including food production, ultimately leading to mass famine, homelessness and total dependence on government.

2. Rolling out new, Orwellian medical fascism laws and edicts that set the precedent for mass arrests and forced relocation into “quarantine camps” for those who resist.

These camps, of course, are actually death camps and processing facilities for eliminating human beings.

3. Forcing compliance with global jjab mandates which will of course be used to achieve global infertility and accelerated deaths from diseases and subsequent infections.

Whereas a pathogen could not achieve a 90% death rate on its own, the engineered pathogen (the Wuhan coronavirus) was able to be used to drive people into mass jjab compliance, during which they can be directly injected with toxic substances, jjab compliance tracking nanotech (i.e. quantum dots) and biology-altering mRNA sequences that literally hijack the body’s cells and reprogram them to produce whatever protein sequences are engineered into the mRNA jjabs.

Thus, globalists have simultaneously built a global pandemic prison camp combined with a mandatory jjab obedience system through which they can repeatedly spread more infectious disease and promote accelerated deaths or infertility.

[Billy Boy is a huge promoter and financier of depopulation methods like: contraceptive implants, technology that makes men infertile and even mass sterilizations through vaccination campaigns in young women].

The end goal, as globalists like Billy Boy openly support, is the elimination of billions of human beings living today.

Ideally, globalists seek to reduce the world population to about 500 million people, which is roughly a 94% reduction in the current human population.

The world you once knew is never coming back, because the globalists who run the world have other plans

Each day, more and more people are coming to realize that there will be no restoration of the world we all once knew.

Globalists have no intention of restoring human freedom, economic prosperity and global mobility.

Now, human societies are being deliberately crushed — even in the face of contradictory scientific evidence that shows lockdowns don’t work — in order to cause mass destitution and collapse.

Only through this planned collapse can the billions of people in the world be forced into subservience to the globalist depopulation agenda.

A key element of this is the Universal Basic Income (UBI), which has already been rolled out across America for the last several months, under the approval of Republicans, Democrats and President Trump.

The UBI provides basic sustenance income to allow people to purchase food and stay alive, while CDC mandates prohibit the eviction of renters who can no longer pay rent.

Please read the following article to understand how the Universal Basic Income is tied to the Covid-19 agenda: Possible Leaked Roadmap For The Next Phase Of The NWO Agenda.

Through the UBI, the eviction ban and the pumping up of the stock market with Fed money printing policies, America remains under the false appearance that the economy is rebounding.

In truth, these are all temporary, makeshift tactics to prevent millions of homeless from spilling out into the streets right before an election.

The real plan — about to be rolled out — is to tie UBI benefits to jjab compliance and speech compliance.

Only the obedient will be granted government credits for food, and anyone who refuses to take the new jjab will be cut off from government benefits.

This is a deliberate “squeeze” to force the sheeple into mass jjab suicide by making sure they cannot function in society (or receive government benefits) unless they go along with the jjab mandates, which are of course a global extermination program disguised as a public health program.

[If you think depopulation is too far fetched, just ask yourself this: do you think the world’s governments will be able to afford to give away free money under the UBI program to billions of unemployed people all over the world? Or is it more plausible that the number of people that will receive the Universal Basic Income for years to come is going to be much-much smaller?]