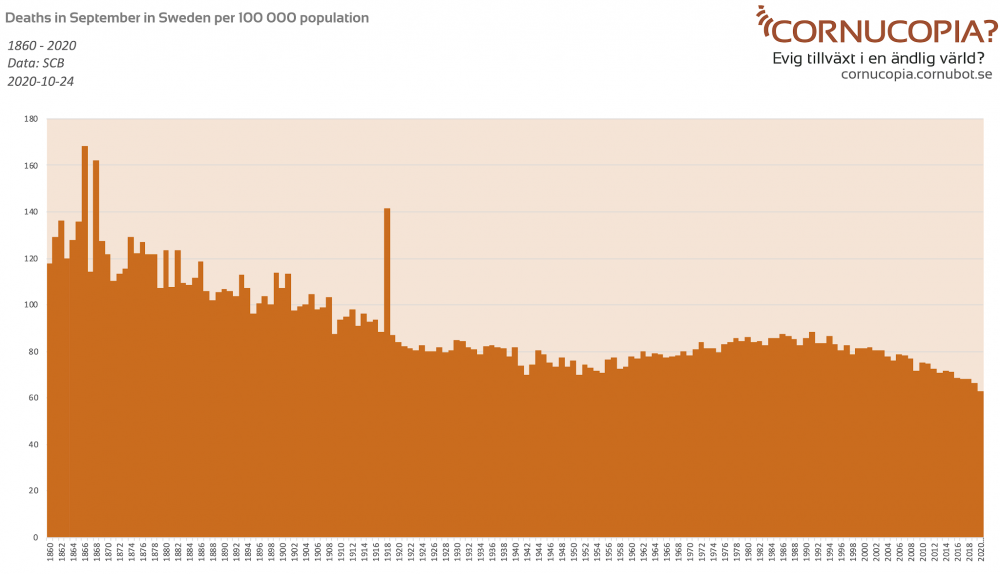 According to the state authority Statistics Sweden (SCB) data, september 2020 was the least deadly month per capita ever in Swedish history.

So far the year 2020 has been the third least deadly year per capita ever in the country, despite the [alleged] tragic and global Covid-19 pandemic.

September 2020 was the least deadly month ever in Sweden, at least so far back as the data from SCB:s public database provides data. 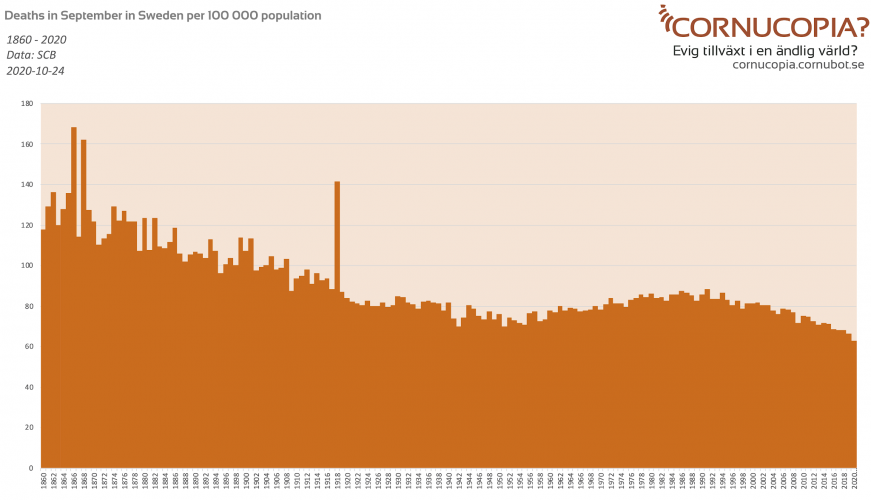 The numbers are calculated from the number of deaths by month in the SCB database for the years 1860 – 2019 and for 2020 the running updates from SCB, which lags two weeks and now are solid for September with the October 19 updated Excel sheet. This is divided by the yearly population by year for 1860 – 2019 from the SCB database and for August 2020 for the year 2020.

For the year 2020 so far, i.e. January – September, the number of deaths per capita is the third lowest ever.

Both 2017 and 2018 had a higher number of deaths per capita January – September than Sweden have had for the same months in 2020, despite the [alleged] Covid-19 pandemic.

Sweden: No Hard Lockdowns, Masks, Or Social Distancing And Some Of The Lowest COVID-19 Fatality Rate In Europe

Hillary Clinton Still Salty 4 Years Later: ‘I Was Born to be President’ Previous post
Breaking: Texts Show VP Biden and His Wife Colluded to Suppress Hunter’s Actions with a Minor Next post