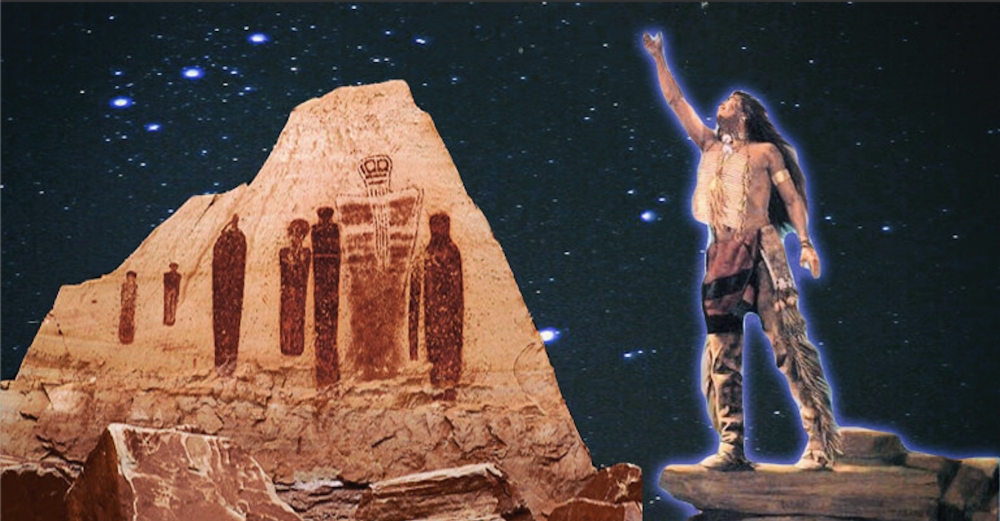 Who Were the Star People Mentioned by Ancient Cultures Around the Globe?

No matter where you look, ancient legends, mythologies and written accounts mention beings that came down from the heavens and came in contact with ancient mankind thousands of years ago.

Referred to as the ‘star people’, these beings are considered by many mainstream authors and ancient astronaut theorists as flesh and blood aliens.

One of the most incredible accounts of star people can be found in Native American history and folklore. 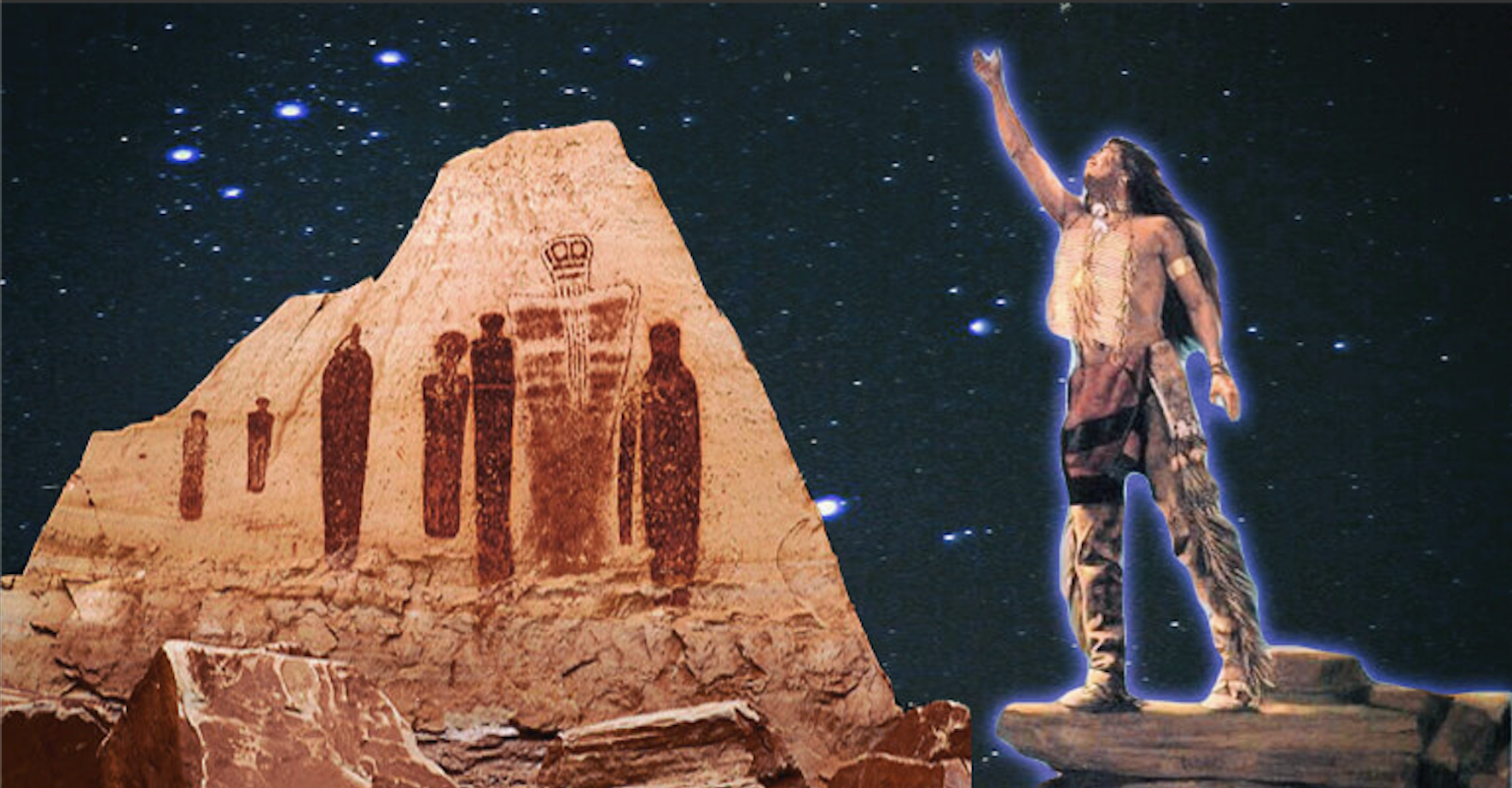 And while stories of intelligent beings visiting Earth from a distant place in the cosmos date back as far as history can look back, spanning across countless cultures and different continents, mainstream scholars pay little to no attention at all, when dealing with such subjects.

History before history mentions beings, not from Earth. Called Star People, Ancestors, Gods, different names describe the same beings that came down from the heavens.

Taking a look at Native American folklore, legends, and myths, we find plenty of information about the so-called Star Beings, who were nothing other than flesh and blood aliens, note ancient astronaut theorists.

And when it comes to Native American Folklore, and mentions of star beings, Richard Wagamese, one of Canada’s foremost authors and storytellers from the Wabaseemoong First Nation in Northwestern Ontario tells us how:

“My people tell of Star People who came to us many generations ago. The Star people brought spiritual teachings and stories and maps of the cosmos and they offered these freely.

“They were kind, loving and set a great example. When they left us, my people say there was a loneliness like no other.”

Richard asks a number of interesting questions which we cannot seem to answer.

“If Star People did come to the Ojibway, where did they go? Where did they come from? Who brought teachings to them? What scientific magic did they own that allowed them to make such an incredible journey – and is it possible for us?” (source) 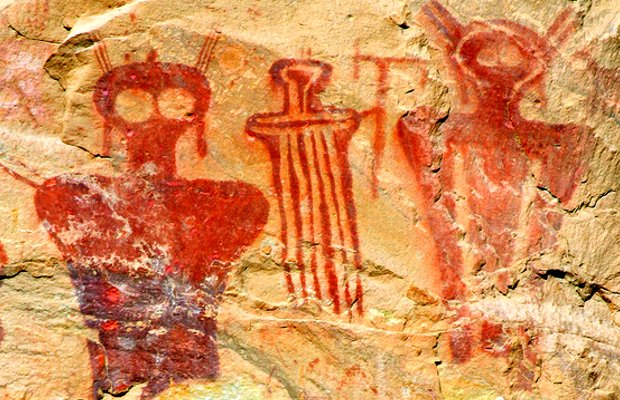 But just as Wagamese, other people who know Native American history and folklore have fascinating things to say when it comes down to ‘star people’.

Stephane Wuttunee, who is a Plains Cree and French-Canadian author and storyteller wrote a very interesting piece for UFO Digest in which he explains his understanding of ‘ET phenomena as a Native person and its global implications’ comes from ‘having been partially raised within the culture itself.’

Wuttunee explains that in his culture, “give far greater attention to the seeking of the spiritual understanding of things rather than going after “the truth” as people from dominant cultures do.

“This is part of the reason why we tend to stand back and view or listen at first rather than bare in with questions or take the hard, direct approach.” (source) 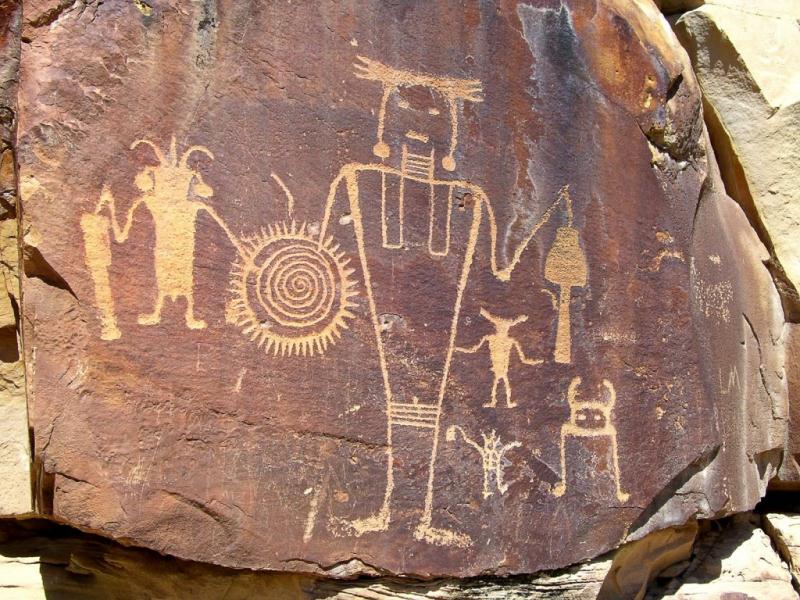 Through his understanding, Wuttunee explains what he thinks of the Star People saying:

“…distant relations and Star People living amongst the stars many times, mainly around campfires and during traditional ceremonies. Far from being anything to be feared, Star People was just another term I grew up around.

“I remember listening in awe and fascination at the thought of us having relations that lived off and outside our world, and sometimes spoke to them in my silent moments at night. I wanted to know who they were and what they looked like, if they had families like us etc.

“In all honesty, the only time I was exposed to “aliens” per se was when I would go to the outhouse and read the Weekly World News or National Enquirer.

“It wasn’t until my later teens that I discovered that people from the dominant cultures were talking about the same “people” as my elders did, though each side’s sense of perception of these people seemed radically different from one another.”

But perhaps what the most interesting part in all of this is, is the fact that as Wuttunee explains, the elders never really managed to discern ‘aliens’ and the spiritual world.

“In fact, at times I heard Aboriginal elders blend the two together and treat them as one, which I have to admit did kind of take me for a spin when I was young.

“Were our distant relations physical like us? Did they also exist amongst us in spirit? I had many unanswered questions, so I guess from a fairly young age I had some unraveling to do,” explains Wuttunee.

But in addition to Wuttunee and Wagamese, others too have spoken about the star people.

Sioux Chief Golden Light Eagle mentions the star people in the videos below:

High Ranking Lt. and 5 Cops Keep Jobs After Admitted Involvement in Teen Sex Trafficking Case Previous post
The Story of the Great Flood According to the Ancient Aztecs Next post