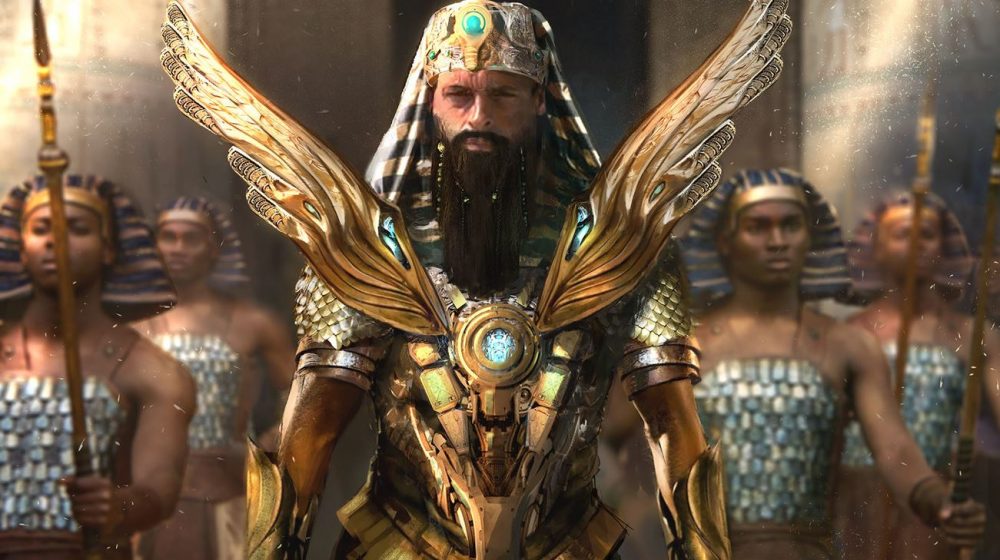 The ancient Anunnaki are often referred to as the immortal gods that lived on Earth during the ancient Sumerian time in Mesopotamia.

According to Mesopotamian mythology, the Anunna or Anunnaki were, initially, the most powerful gods and lived with Anu in heaven.

Later, without having established a clear motive for this change, the Igigi were considered as celestial gods while the term Anunna was used to designate the gods of the Underworld, especially seven gods who served as judges in the Underworld. 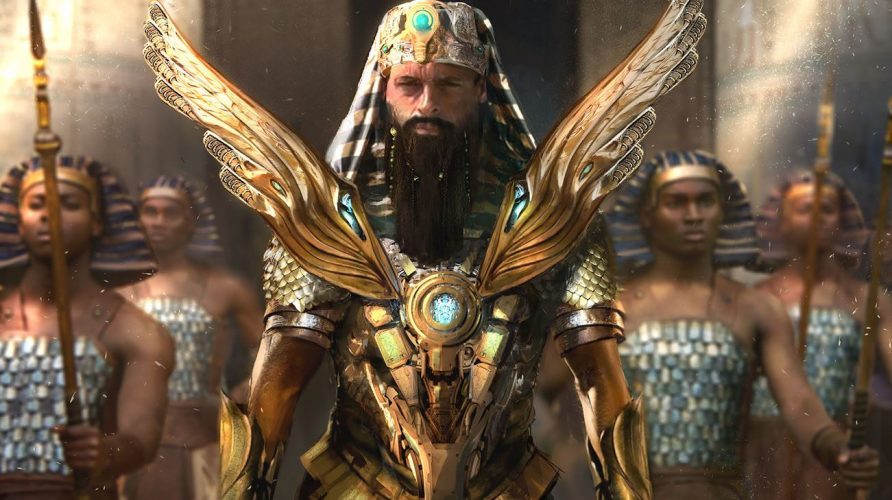 In the myth of Atrahasis it is stated that, before the creation of man, the gods had to work to live.

Then, the Anunna made a category of inferior gods, the Igigi work for them, until they rebelled and refused to continue working.

Then Enki created humanity so that it continued performing the tasks that the minor gods had abandoned and through cult would provide food to the gods.

In the Enûma Elish, it was Marduk who created humanity and then divided the Anunna between heaven and earth and assigned them tasks. 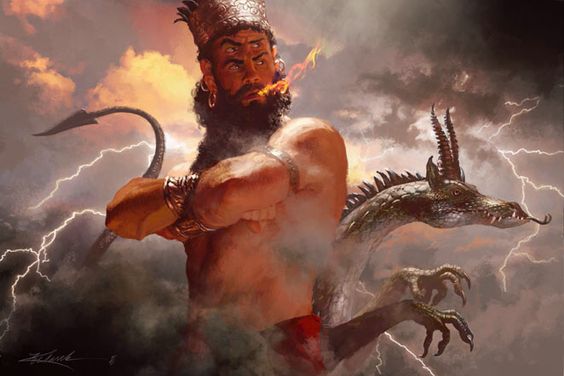 Artistic interpretation of Marduk, believed to be the Biblical Satan

Next, the Anunna, grateful to Marduk, founded Babylon and built a temple in his honor, called Esagila.

The reinvention of the Anunna term through its Akkadian form, Anunnaki, arose in 1964, after the publication of the book Ancient Mesopotamia: Portrait of a Dead Civilization, by Adolph Leo Oppenheim, who popularized this concept which was taken by different blogs and characters from the esoteric world and pseudoscientific portals.

Author Zecharia Sitchin published a dozen books known as The Earth Chronicles from the 1970s where he described in great detail the Anunnaki.

In his Books, Sitchin offered translated ancient Sumerian clay tablets and texts which were written in a cuneiform script that describes the Anunnaki.

In the book the 12th Planet, Sitchin tells the arrival of the Anunnaki to Earth from a supposed planet called Nibiru about 450,000 years ago: tall beings about 3 meters in height with white skin, long hair and beard, who would have settled in Mesopotamia and that, by genetic engineering, accelerated the evolution of the Neanderthal to Homo Sapiens contributing their own genetics, for the need of slave workers. 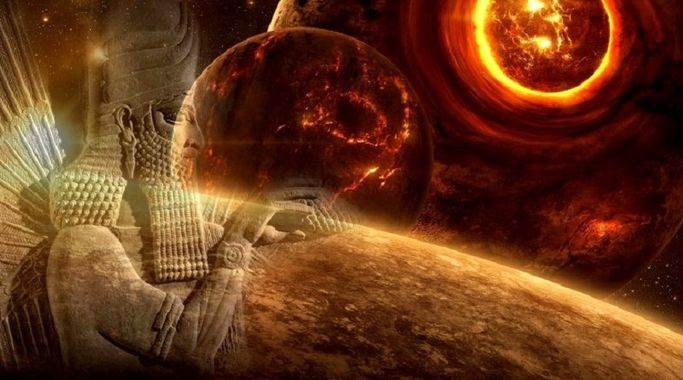 Anunnaki “god” Enki, the Supreme Commander of Earth / Artistic interpretation of Nibiru in the background

According to Sitchin’s writings, the technology and power of the Anunnaki is something our civilization cannot replicate even today in the 21st century.

Sitchin stated that the ancient inhabitants of Nibiru had the ability for space travel and genetic engineering 450,000 years ago, and that they would have left traces of their existence all over Earth with small clues pointing to a still unknown technology that is present in various forms in the construction of pyramids (Egyptian, Mayan, Aztec and Chinese), in the megalithic site of Stonehenge, in the “spaceport of Baalbeck”, in the Nazca lines and in Machu Picchu.

The theories are many, and what some scholars refer to as a mythological species, others point towards interstellar travelers, that came to Earth thousands of years ago.

But if the Anunnaki were real? Who were they and who was the first of them? What is their bloodline and can we trace them back in history to specific deities?

There are various ‘family trees’ available on the Internet with a series of differences in them.

For example, the following three (picture below) is a family tree more inclined to the Mesopotamian — especially Babylonian — version of the Anunnaki Bloodline, and evidence of that is the inclusion of Tiamat and Marduk.

The “Grand Assembly of the Anunnaki”, essentially the Family Tree of the ruling class (or the “Gods And Goddesses” of the Sumerian Texts) is given by Laurence Gardner, Genesis of the Grail Kings, Bantam Press, New York, 1999: 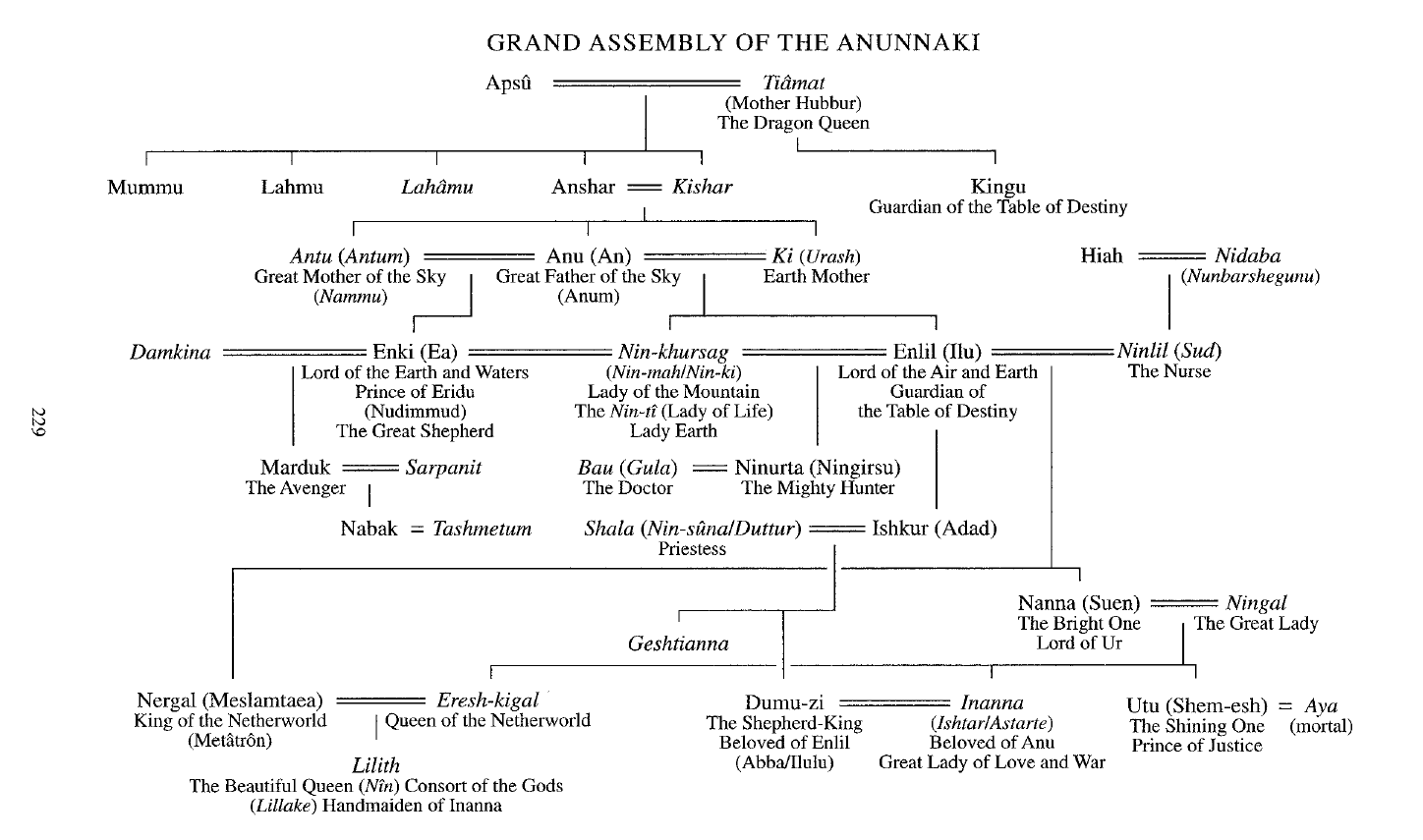 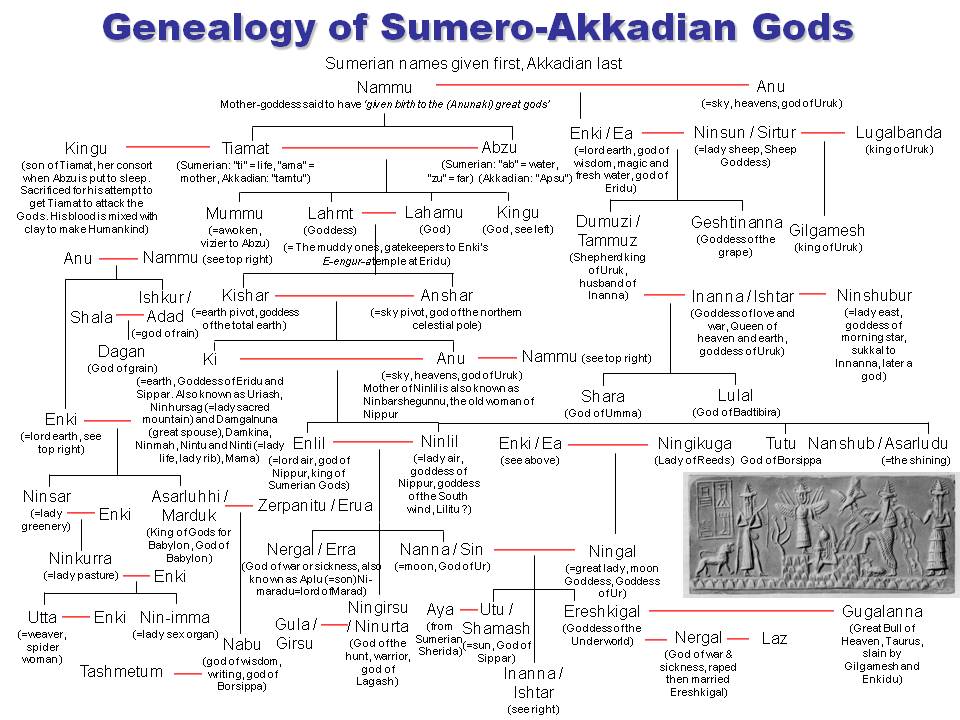