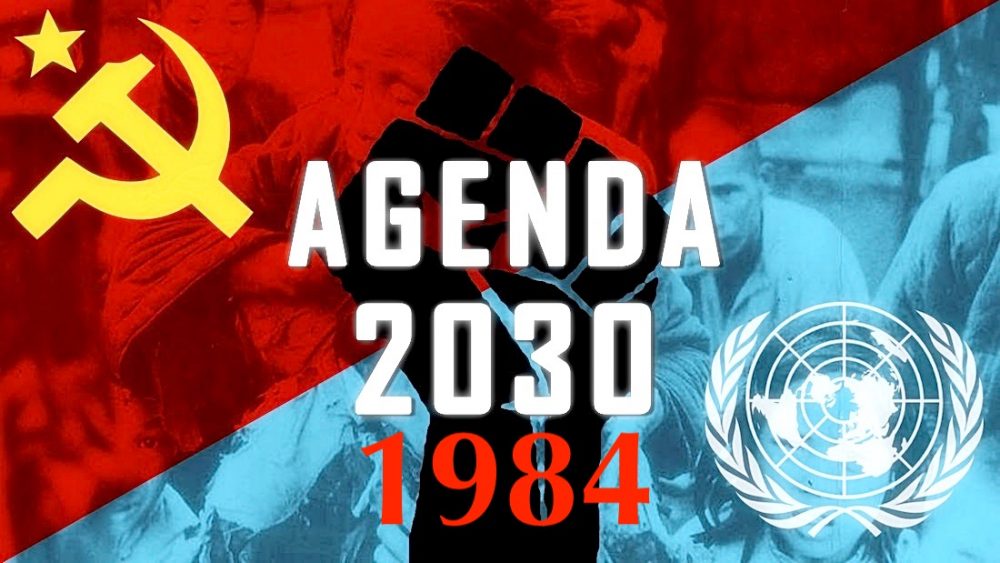 We are wasting our time discussing if the coronavirus is real or the lockdowns justified. They are real and justified in terms of the seditious goals of Agenda 21/30. UN Agenda 2030 is the Missing Piece of the Puzzle. It Explains the Mask & Lockdown Insanity, and much more.

“When we introduced into the State organism the poison of Liberalism its whole political complexion underwent a change. States have been seized with a mortal illness – blood poisoning. All that remains is to await the end of their death agony.” (Protocols of Zion, 9)

“In order that the true meaning of things may not strike the goyim before the proper time, we shall mask it under the alleged ardent desire to serve the working classes…” (Protocols of Zion, 6) 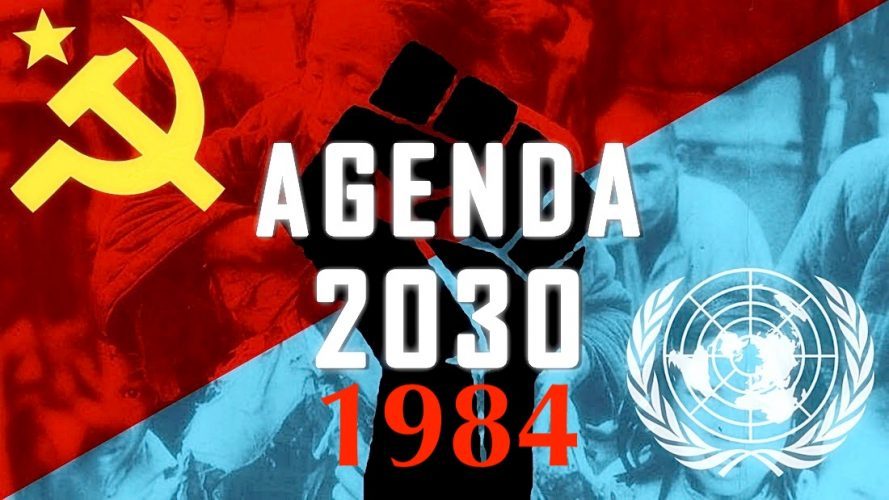 Picture in your mind an Orwellian dystopia like 1984, a world in which you have no rights, no freedom, no property, no family, no country, no religion, no say, and no nothing.

UN Agenda 21 is the blueprint for such a world. The infrastructure has already been built. (Agenda 2030 is a milestone in Agenda 21 i.e. Century 21.)

This is the context in which all current events must be seen. We are wasting our time discussing if the coronavirus is real or the lockdowns justified. They are real and justified in terms of the seditious goals of Agenda 21/30.

This is the picture into which all the puzzle pieces fit: Defund the police. Systemic racism. Climate change. Rural fires and displacement. Artificial intelligence. Mass surveillance. Transhumanism. Sustainability.

They are all part of the UN Agenda 1984: A world police state.

The scary part is that 179 countries signed on to this world government tyranny at the Rio Summit in 1992.

That’s how advanced this agenda is, and for the most part, humanity is oblivious to this powerful and sinister conspiracy.

The media doesn’t report it, and therefore we tended to dismiss Jeremiahs like Rosa Koire and Niki Raapana.

LOCKDOWN LUNACY IS BEGINNING OF SOMETHING MUCH WORSE

They are literally constructing 1984. This is the logic behind the insanity we are witnessing. This is where our focus should be.

I have been saying that the Cabalist Jewish bankers wish to extend their monopoly over government credit into a monopoly over everything.

In 1938, insider Chaim Rakovsky told his NKVD interrogator that the bankers created the Communist state as a “machine of total power” unprecedented in history.

In the past, due to many factors, “there was always room for individual freedom. Do you understand that those who already partially rule over nations and worldly governments have pretensions to absolute domination? Understand that this is the only thing which they have not yet reached.”

Rosa Koire says Agenda 21 is “the blueprint, the action plan, to inventory and control, all land, all water, all minerals, all plants, all animals, all construction, all means of production, all education, all energy, all information, and all human needs in the world. It is a comprehensive plan.”

What is unsustainable? Agenda 21 posits, is that the middle-class lifestyle of owning property, a yard, and cars is not sustainable.

“Life in the suburbs and rural areas is unsustainable because it produces too many greenhouse gas emissions,” Koire says, emulating the argument for dense urban planning.

“It is the kind of thing that makes you sound crazy when you talk about it,” she says. “Well it is crazy, but we aren’t.”

Also read: The Response To Coronavirus Is The New World Order / Agenda 21

The fact that the bankers are going to this much trouble to enslave us gives me hope that they are not planning to kill us in an orchestrated nuclear war.

[IMO, they are 100% planning to depopulate the world, but through reproductive means: jjabs that will sterilise women and decrease the sperm count in men, GMO foods, chemicals that will lower the testosterone levels, and food additives that give people terminal diseases, as well as a plethora of other agendas, such as third wave feminism (which is basically a war on marriage and traditional family), the transgender agenda, planned parenthood, pushing and celebrating “progressivism“, etc.]

But the bottom line is that we are being distracted from the big picture. Our minds have been trivialized. We are incapable of recognizing the danger in which we find ourselves. We are complicit in our own destruction.

Rosa Koire is a beacon of light in very dark times. I will be watching all her videos; ordering her book and joining her organization.

We need to establish anti-globalist groups in every city, town, and state if we are to stop enslavement.

“Community Oriented Policing (under the Department of Justice) will encourage, if not require, people to watch their neighbors and report suspicious activity. More activity will be identified as ‘crime’ – such as obesity, smoking, drinking when you have a drinking problem, name-calling, leaving lights on, neglect (in someone’s perception) of children, elderly, and pets, driving when you could ride a bike, breaking a curfew, and failure to do mandatory volunteering.

“The ‘community’ will demand more law enforcement to restore order, and more rules and regulations will ensue. The lines between government and non-governmental groups will blur more and more as unelected local groups make policy decisions using the Delphi Technique to manufacture consensus.

“The Chinese and Russian models are instructive in what you can expect under Communitarianism. Read Nien Cheng’s Life and Death in Shanghai, and Alexsander Solzhenitsen’s The Gulag Archipelago for real world examples. The War on Terror is a Communitarian plan designed to terrorize YOU.”

“The key thing to know about this is that of course, you have no input. Only comments and observations that support the pre-approved plan will be supported. All others will be written on a big pad of paper and discarded later.

“The illusion of public buy-in is all that is needed. The organizers can later point to the fact that they held a public meeting, a certain number of residents attended, public comment was taken, and the community approved the plan.

“The facilitator is often a private consultant who has been professionally trained in running and managing a meeting. This consultant has been hired by your city to fulfill the requirement that the project has been seen and supported by its citizens – it’s YOUR plan.” ― Rosa Koire, Behind the Green Mask: UN Agenda 21

“Delphi is used in school board meetings, in training, at neighborhood association meetings, and other places where the organizers want to give the appearance that they have listened to community opinion and incorporated it into their plan.” ― Rosa Koire, Behind the Green Mask: UN Agenda 21