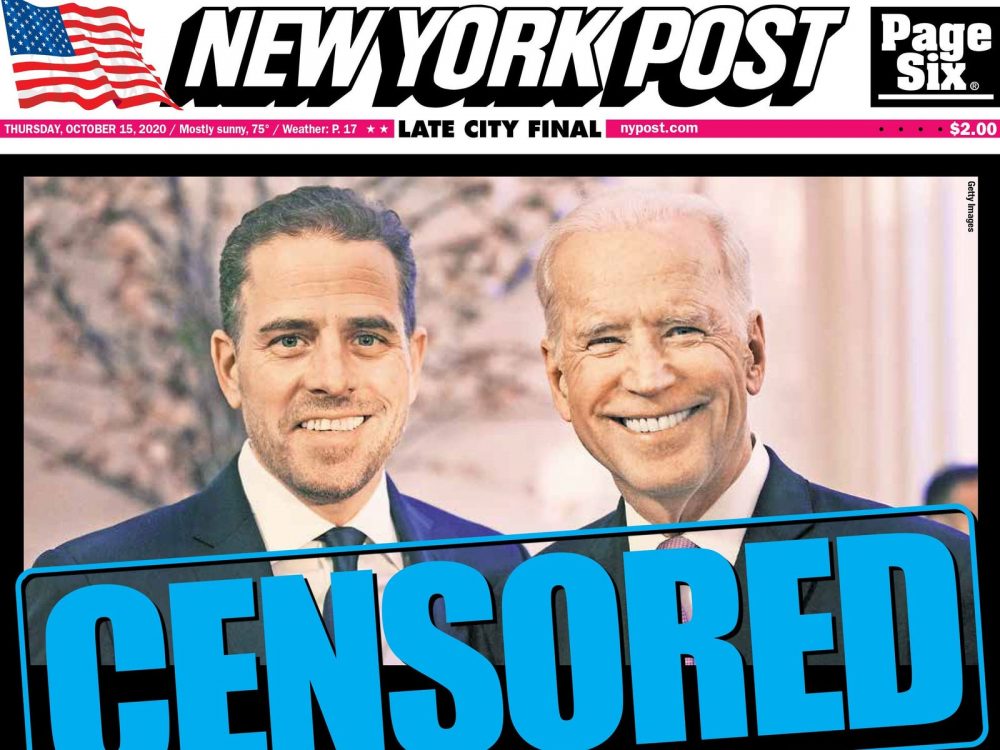 Joining the chorus of evidence deniers, Wikipedia has officially declared the Hunter Biden laptop scandal to be a “debunked right-wing conspiracy theory pushed by Donald Trump and his allies concerning Biden business dealings and anti-corruption efforts in Ukraine.”

While some Wikipedia editors tried to fight against this designation, recognizing that hard evidence substantiates the narrative, the site’s left-wing politicos eventually won out in getting the entry to read in favor of the Bidens. 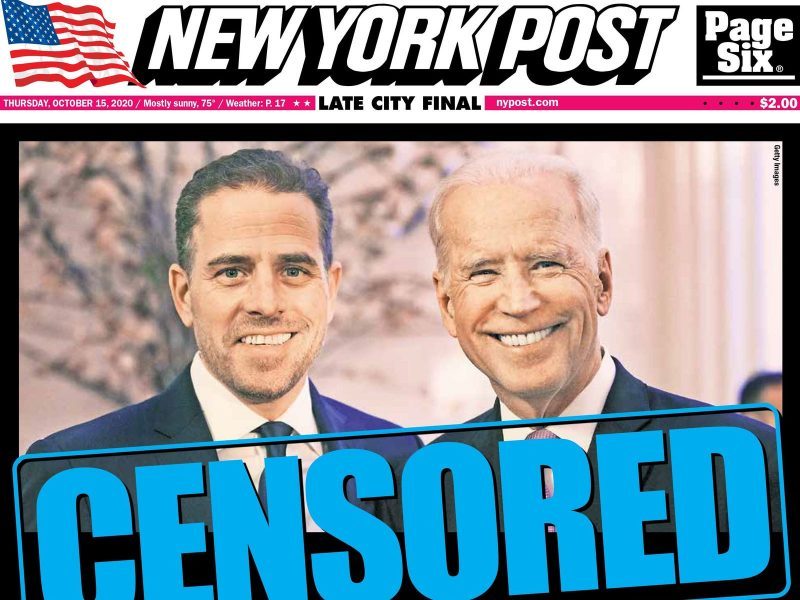 The Wikipedia entry does not mention anything about Russia, however, which is surprising considering that “50 former senior intelligence officials” are now claiming that Hunter’s laptop came from the Kremlin.

Repeated attempts to modify the entry and at least offer the possibility that there might be some validity to the Hunter laptop story in the way it was presented by the New York Post have failed.

The overlords at Wikipedia have decided that the story is false, and that is that.

“… any dissent challenging the ‘debunked’ status has been repeatedly dismissed, and, changes by editors writing that the Ukraine scandal is an open issue have been reverted to ‘debunked,’” reports Zero Hedge.

“Soibangla,” one of the Wikipedia editors who keeps putting “debunked” back on the Hunter laptop entry also contributed to having the words “no evidence” put into the entry for Bill Clinton and Jeffrey Epstein, despite the fact that the former president traveled on Epstein’s “Lolita Express” private jet at least 26 times, according to flight logs.

Furthermore, there is eyewitness evidence that Clinton was at “pedo island” hanging out with Epstein, as well as with “two young girls.”

Soibangla just so happens to be one of the top authors of the “Biden-Ukraine conspiracy theory” Wikipedia entry, which was created on Oct. 15, just one day after the Post published its exposé.

“The article calls the controversy ‘a series of false allegations’ and references an almost identical list of eight sources to back it up,” one independent media report notes.

The controversy over what to say about the Bidens in relation to Ukraine and Burisma has been going on since at least Dec. 2019 when the word “debunked” was similarly added to an entry about the Ukraine scandal that emerged right around the time when President Trump was being impeached.

A user named “Php2000” had removed the word “debunked” from the entry on Sept. 30, citing evidence that Hunted “was making 50,000 USD a month as a board member in Ukraine gas company.”

In two minutes flat, Php2000’s contributions were eliminated from the website’s timeline by another user named “Billmckern” who changed it to read, “it’s been debunked and we have consensus language here.”

“Php2000 once again deleted the word, explaining that Hunter Biden making a lot of money in Ukraine was a well-documented fact,” reports explain.

“What exactly has been debunked?” this user asked.

Meanwhile, the Biden campaign has yet to even address the scandal, instead choosing to remain silent while Joe extends his indefinite lid on press appearances.

“They keep asking me for money,” wrote one Zero Hedge commenter about Wikipedia. “I always decline.”

“All this proves is what we already knew about Wikipedia,” wrote another. “It is a corrupt cabalist-controlled organization, and its content cannot be trusted.”

Victims of Childhood Transgenderism Have Spoken Out – Listen Up, Joe Biden! Previous post
World Economic Forum: By 2030 'You Will Own Nothing' (New World Order Detailed) Next post