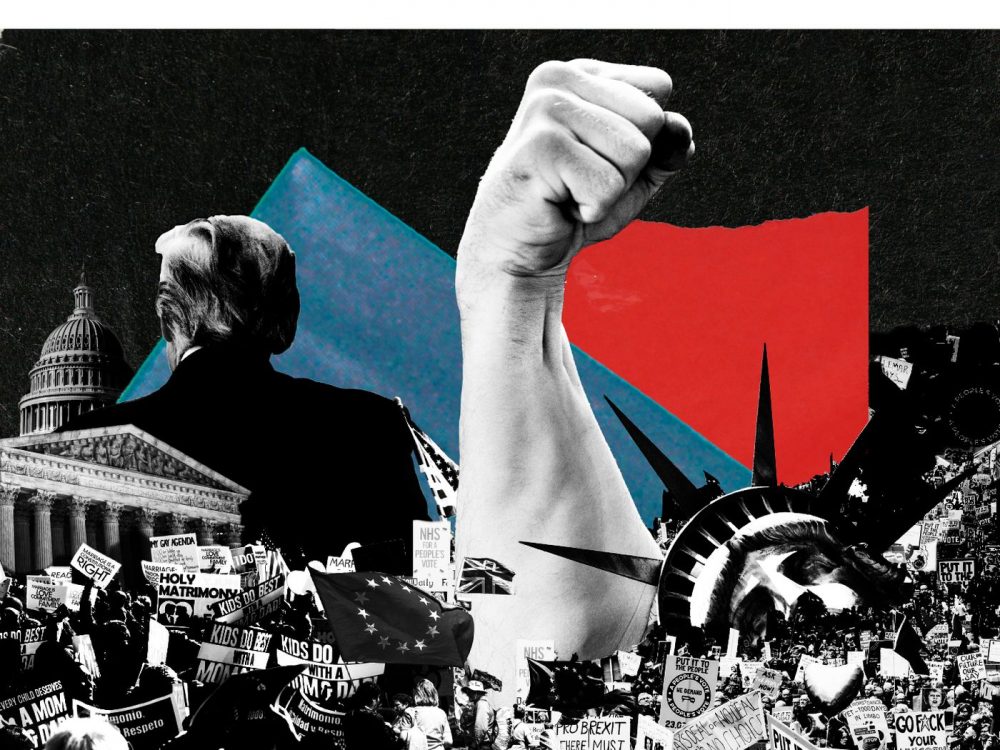 America is Gone and I am Done: ‘They Want it All, Mind, Body and Soul’

All we, Americans, ever wanted was a little patch of land to raise a family, a job to pay the bills, and at least some illusion of freedom, and even that was too much for these human parasites. They want it all, mind, body and soul. 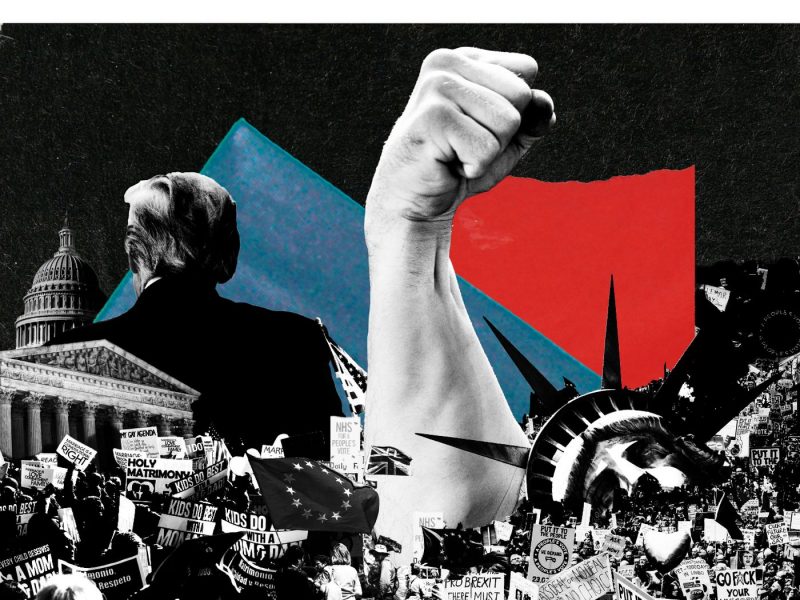 I was born at the end of Gen X and the beginning of the Millennial Generation, and grew up in a middle class town. Life was good. Our home was modest but birthdays and Christmas were always generous, we went on yearly vacations, had 2 cars, and there was enough money for me to take dance classes and art lessons and be in Girl Scouts.

As an adult, I have witnessed the world I grew up in fall to ruin. I have watched as our currency and our economy have been shamelessly corrupted beyond redemption.

Since we’ve been married, my husband and I TWICE had our meager investment savings gutted by the market that we were told to invest in, now that pensions no longer exist and we working stiffs are on our own. We will be working until we die, because the Social Security we’ve been forced to pay into has also been robbed from under us.

I have watched as our elected officials enter Congress as ordinary folks and leaves as multi millionaires. I have watched my blue collar husband get up at an ungodly hour every day and come home with an aching back that we pray will hold out long enough to get him to old age in one piece. Outside of shoes, socks and underwear, almost everything my family wears was bought used. We’ve been on one vacation in 12 years.

We don’t have cell phones, or cable, or any sort of streaming services, just a landline and internet. We hardly ever eat out. Our house is 1400 square feet, no air conditioning. I cook from scratch and I can and I garden and I raise chickens for eggs and meat and I moonlight selling things on Etsy.

Still it is barely enough to pay the bills that go up every year while service quality and the longevity of goods goes down. What I just described is the life you can live on 60K a year without going into debt.

At last calculation, when you consider all of the federal, state and local taxes plus registration and user fees, Medicare and SS payroll taxes, almost a third of what my family earns is stolen by the govt each year. What’s left doesn’t go far, just enough to cover the basics and save a little for when the wolf howls at the door.

I watched as my family’s health insurance was gutted and destroyed. Our private market insurance, which we had to have because my husband’s employer is too small to have a group plan, was made illegal.

We were left with the option of either buying an Obamacare plan with unaffordable deductibles and insanely ridiculous out of pocket maxes, or paying the very gov’t that destroyed our healthcare a fine for not buying the gov’t mandated plan that we cannot afford.

We now have short term insurance that isn’t really insurance at all, and I live in fear of one of us getting injured or sick with anything I can’t fix from the medicine cabinet.

I have watched as education, which was already sketchy when I was a kid, became an all out joke of wholly unmathematical math, gold stars for all, and self-loathing anti-Americanism.

My family has taken an enormous financial hit as I stay home to home school our child. At least she’ll be able to do old-fashioned math well enough to see how much they are screwing her. A silver lining to every cloud, I guess.

I’ve sat by and held my tongue as I was called deplorable and a bitter clinger and told that I didn’t build that. I’ve been called a racist and a xenophobe and a chump and even an “ugly folk.”

I’ve been told that I have privilege, and that I have inherent bias because of my skin color, and that my beloved husband and father are part of a horrible patriarchy. Not one goddamn bit of that is true, but if I dare say anything about it, it will be used as evidence of my racism and white fragility.

Raised to be a Republican, I held my nose and voted for Bush, the Texas-talking blue blood from Connecticut who lied us into 2 wars and gave us the unpatriotic Patriot Act. I voted for McCain, the sociopathic neocon songbird “hero” that torpedoed the attempt to kill the Obamacare that’s killing my family financially.

I held it again and voted for Romney, the vulture capitalist skunk that masquerades as a Republican while slithering over to the Democrat camp as often as they’ll tolerate his oily, loathsome presence.

And I voted for Trump, who, if he did nothing else, at least gave a resounding Bronx cheer to the richly deserving smug hypocrites of DC. Thank you for that Mr. President, on behalf of all of us nobodies. God bless you for it.

And now I have watched as people who hate me and mine and call for our destruction blatantly and openly stole the election and then gaslighted us and told us that it was honest and fair. I am watching as the GOP does NOTHING about it. 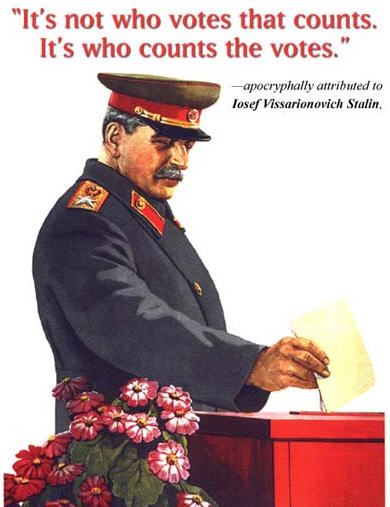 The first step to communism is… stealing the election through voter fraud.

They’re probably relieved that upstart Trump is gone so they can get back to their real jobs of lining their pockets and running interference for their corporate masters. I am watching as the media, in a manner that would make Stalin blush, is silencing anyone who dares question the legitimacy of this farce they call democracy.

I know, it’s a republic, but I am so tired of explaining that to people I might as well give in and join them in ignorance.

I will not vote again; they’ve made it abundantly clear that my voice doesn’t matter. Whatever irrational, suicidal lunacy the nanny states thinks is best is what I’ll get.

What it decided I need is a geriatric pedophile who shouldn’t be charged with anything more rigorous than choosing between tapioca and rice pudding at the old folks home, and a casting couch skank who rails against racism while being a descendant of slave owners. 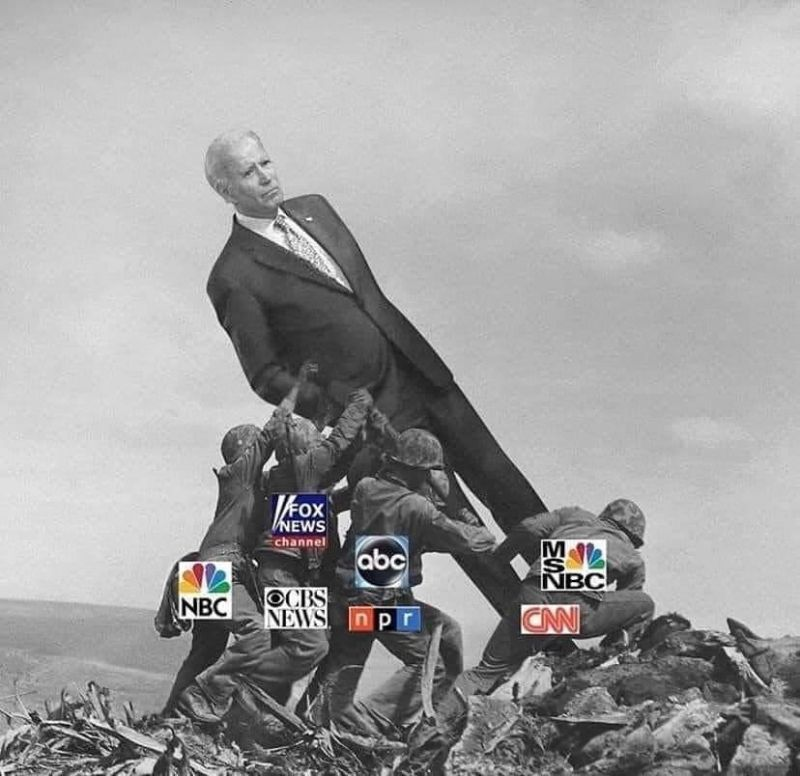 I’m free to dismember a baby in my womb and kill it because “my body my choice”, but God help me if I won’t cover my face with a germ laden Linus-worthy security blanket or refuse let them inject genetically altering chemicals into my body or my child’s.

I can be doxed, fired, shunned and destroyed for daring to venture that there are only 2 genders as proven by DNA, but a disease with a 99+% survival rate for most humans is a deadly pandemic worth murdering an economy over. Because science. Idiocracy is real, and we are living it. Dr. Lexus would be an improvement over Fauci.

I am done. Don’t ask me to pledge to the flag, or salute the troops, or shoot fireworks on the 4th. It’s a sick, twisted, heartbreaking joke, this bloated, unrecognizable corpse of a republic that once was ours.

I am not alone. Not sure how things continue to function when millions of citizens no longer feel any loyalty to or from the society they live in.

I was raised to be a lady, and ladies don’t curse, but fuck these motherfuckers to hell and back for what they’ve done to me, and mine, and my country. All we Joe Blow Americans ever wanted was a little patch of land to raise a family, a job to pay the bills, and at least some illusion of freedom, and even that was too much for these human parasites. They want it all, mind, body and soul. Damn them. Damn them all.