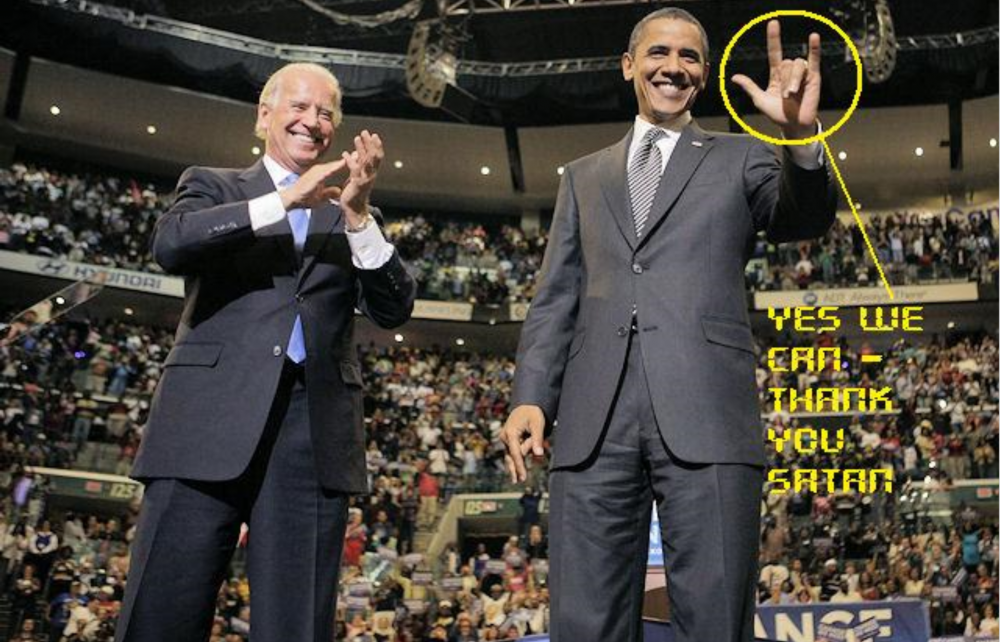 Joe Biden made no bones about it: If he wins the presidential election, he will gut religious freedom protections that allow faith-based homeless shelters, charities, and small business owners to act according to their consciences.

Specifically, he will shove LGBT ideology down the throats of religious Americans in the name of fighting “discrimination.”

On Wednesday, the Democratic nominee told Philadelphia Gay News that President Donald Trump has given “hate” a “safe harbor” by protecting religious freedom and enabling what Biden condemned as “discrimination.” 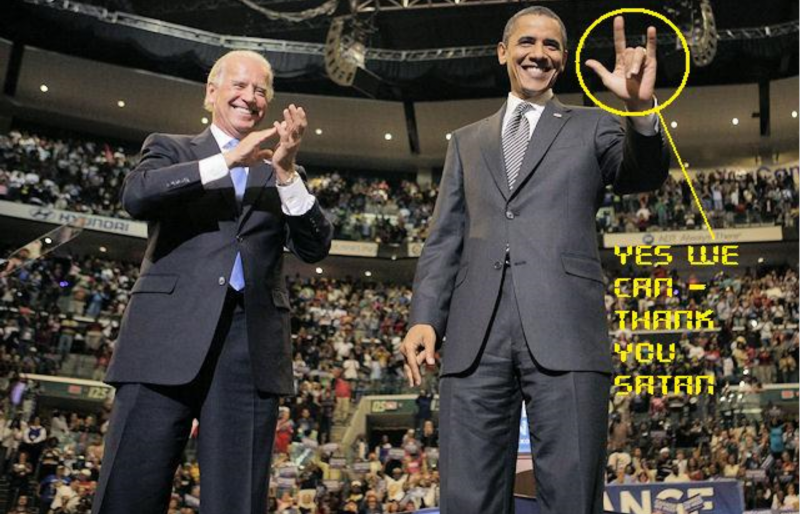 The Democratic party acts like a den of satanists

“Donald Trump and Mike Pence have given hate against LGBTQ+ individuals safe harbor and rolled back critical protections for the LGBTQ+ community,” the Democrat alleged.

“By blocking the ability of transgender individuals to openly serve their country, denying LGBTQ+ people access to critical health care, proposing policies allowing federally funded homeless shelters to turn away transgender people and federally funded adoption agencies to reject same-sex couples, and failing to address the epidemic of violence against transgender people — particularly transgender women of color — the Trump-Pence Administration has led a systematic effort to undo the progress President Obama and I made.”

Throughout his interview, Biden condemned as “discrimination” the idea that faith-based homeless shelters, adoption agencies, and other charities would refuse to endorse same-sex marriage, transgender identity, and experimental cross-sex drugs and surgeries.

He acted as though any desire to follow a traditional Christian, Jewish, or Muslim view of sexuality and gender must be rank “discrimination.”

This falls in line with the radical pro-LGBT Equality Act, which Biden said he would pass in his first 100 days, should Democrats win the Senate and hold onto the House.

“It’s wrong to deny people access to services or housing because of who they are or who they love,” Biden argued.

Philadelphia Gay News asked the Democrat a question about religious freedom that demonized the very idea.

“The idea of ‘religious freedom’ as a reason to allow discrimination has stoked divisiveness in this country. What can we do as a country to ensure that discrimination against LGBTQ people, no matter how it’s justified, does not happen?” the paper asked.

Biden responded by condemning Trump, accusing the president of having “deliberately tried to gut protections for the LGBTQ+ community by creating broad religious exemptions to existing nondiscrimination laws and policies that allow businesses, medical providers, and adoption agencies to discriminate against LGBTQ+ people.”

“We need to root out discrimination in our laws, institutions, and public spaces. Religion should not be used as a license to discriminate, and as president I will oppose legislation to deny LGBTQ+ equal treatment in public places. I will immediately reverse discriminatory practices that Trump put in place and work to advance the rights of LGBTQ+ people widely,” Biden pledged.

The Democrat’s pledges may sound positive and inclusive — he wants “protections” for people and he wants to fight “discrimination,” right? — but this rhetoric is deceptive.

Democrats have twisted the notion of discrimination in order to force Christians to violate their beliefs.

Christian baker Jack Phillips, for example, refused to bake a custom cake for a same-sex wedding, although he gladly sells all sorts of pre-made cakes to LGBT people in his shop. Yet the Colorado Civil Rights Commission ruled that he had discriminated against people on the basis of sexual orientation.

He appealed the case all the way to the Supreme Court and won — because members of the commission displayed animus against his religious faith, comparing his views to those of the Nazis.

Even after this Supreme Court victory, Phillips again faced the commission. A transgender lawyer asked him to bake an obscene custom cake celebrating the lawyer’s gender transition. Phillips refused, citing his free speech right not to be forced to endorse a view with which he disagrees.

The commission again found him guilty of discrimination, but it dropped the complaint in March 2019. The lawyer promptly sued Phillips. Christian florists, farmers, and other bakers have faced government sanctions for “discrimination” when they refused to celebrate same-sex weddings, exercising their rights to religious freedom, freedom of association, and free speech.

This year, Gov. Ralph Northam (D-Va.) signed legislation that will force Christian schools and ministries to hire people who oppose their religious convictions on sexuality and gender.

The laws will also force these ministries — which hold that God created humans male and female — to open women’s sports and women’s restrooms to biological males, to refer to biological males by female pronouns if they “identify” as female, and to pay for transgender surgery in their health care plans.

A lawsuit challenging the new laws as unconstitutional charged that Virginia’s LGBT statues force “people of faith to adopt a particular government ideology under threat of punishment.”

Indeed, it seems Biden aims to force transgender ideology on the American people.

“I believe every transgender or non-binary person should have the option of selecting ‘X’ as their gender marker on government identifications, passports, and other documentation. I will support state and federal efforts to allow for this accurate representation,” he said (emphasis added).

In other words, Biden claims that transgender identity, not biological sex, is an “accurate” representation, even though biological males do not become female and vice versa. In one particularly tragic case, a pregnant mother who identified as transgender arrived at the hospital in labor.

Because her documents falsely listed her as male, the doctors assumed her issue was not pregnancy and her baby died.

Yet the Democrat endorsed transgender identity as “accurate” and seems intent on forcing that ideology throughout the federal government.

Trump required the military to admit soldiers according to their biological sex, not their gender identity.

This was not a “ban” on transgender people but an acknowledgment of biological sex, which might be extremely important in the military and in health care, since men and women physiologically react to certain medications differently.

Similarly, Trump protected religiously affiliated medical groups from having to pay for transgender surgery — an experimental and divisive medical operation that Obamacare appeared to mandate businesses must cover in insurance.

This is what Biden referred to as “denying LGBTQ+ people access to critical health care.” Many former transgender people have regretted surgeries that left them permanently scarred.

Finally, many homeless shelters and adoption agencies are run as religious charities. Mandating that homeless shelters must house biological men who claim to identify as female with vulnerable women is a recipe for disaster — and it violates the religious freedom of faith-based shelters that do not accept transgender ideology.

Violating the religious freedom of homeless shelters and adoption agencies will only gut these critical services. Many adoption agencies have shut their doors rather than violate their consciences, so Biden-style government policies leave needy children in the lurch.

Biden did not just pledge to fight religious freedom at home, however. In his interview with Philadelphia Gay News, he pledged to “restore America’s global leadership on LGBTQ+ issues and actively combat violence and discrimination that is far too rampant. …

“If governments restrict the rights of LBGTQ+ individuals, or allow violence or discrimination, my Administation, working with partners, will use America’s full range of diplomatic tools to influence that government’s behavior, including private diplomacy, public statements, and multilateral initiatives at United Nations agencies.”

Of course, America should stand up for human rights across the world, and too many countries make homosexual activity a crime punishable by death. The Trump administration has launched a global effort to end the criminalization of homosexual activity.

Yet it seems Biden is intent on pushing his radical anti-religious freedom vision of opposing “discrimination.” In fact, he argued that “the Trump-Pence Administration’s treatment of LGBTQ+ Americans… signals a tolerance for abuses by other countries.”

Tragically, all of this radicalism is of a piece with Biden’s public statements, notorious statements from a staffer, and his party’s increasing hostility to religious freedom.

One of Biden’s staffers said that a woman like Amy Coney Barrett should be “disqualified” from serving on the Supreme Court because she believes marriage should be between one man and one woman.

Biden has demonized those who oppose LGBT activism. His running mate has endorsed the “anti-LGBT hate group” smear that the scandal-plagued smear factory the Southern Poverty Law Center levels at conservative Christian groups.

While Joe Biden identifies himself as Roman Catholic and claims to abide by the Greatest Commandment, he would vehemently oppose religious freedom in office.