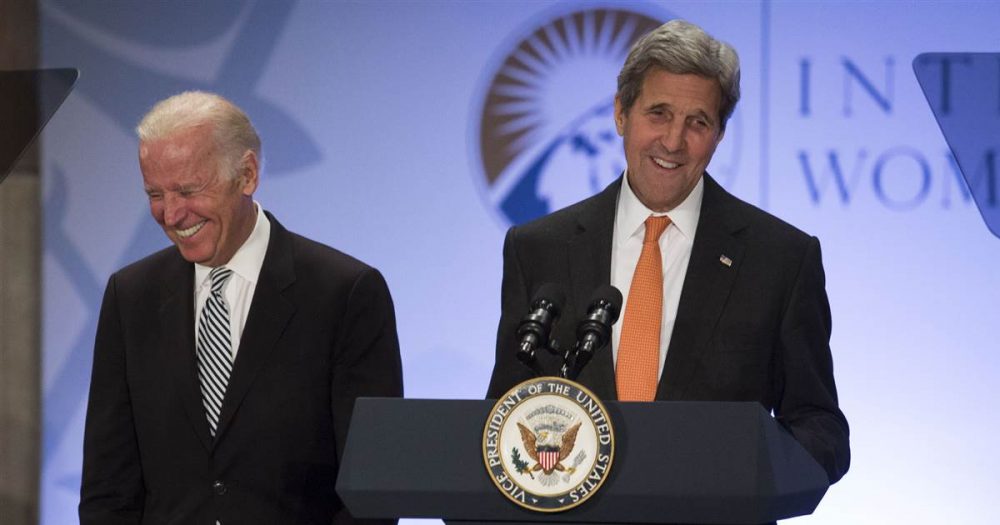 ‘I personally believe … we’re at the dawn of an extremely exciting time,’ Joe Biden’s special presidential envoy for climate said.

Former U.S. Secretary of State John Kerry has assured the elites of the World Economic Forum (WEF) that a Joe Biden presidency would quickly advance the globalist “Great Reset” agenda “with greater speed and greater intensity than many might imagine.” 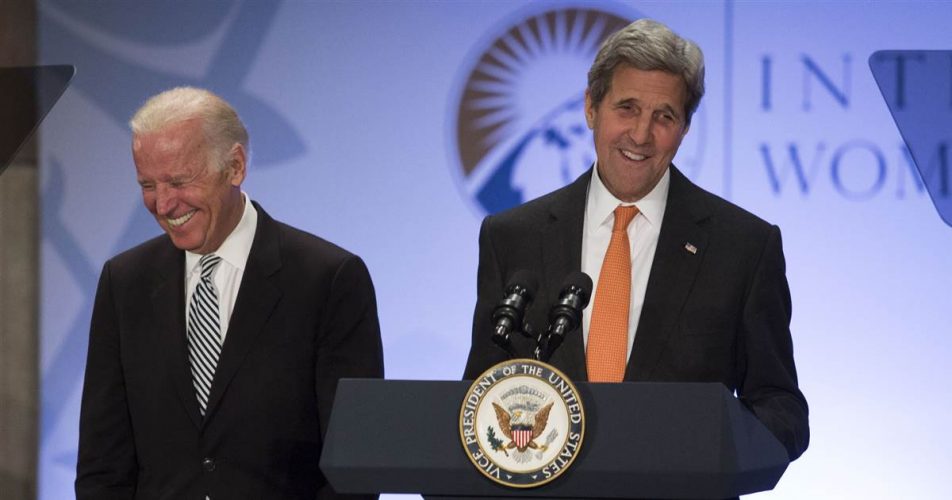 Kerry made his remarks on Tuesday last week during a virtual “COVID Action Platform” panel discussion hosted by the WEF.

The globalist organization has embraced the occasion of the pandemic to introduce radical changes to the world economy.

According to James Delingpole of Breitbart News, “COVID-19 has provided the perfect pretext” to usher in “a globalist takeover” of virtually every aspect of human life.

“Put simply,” Delingpole writes, the Great Reset “is the blueprint for a complete transformation of the world economy. There will be no money, no private property, no democracy.

“Instead, every key decision — what you do for a living, how much stuff you consume, whether you can take a vacation — will [be] decided for you by a remote, unaccountable elite of ‘experts.’”

Kerry, who has been named by Joe Biden as his special presidential envoy for climate earlier this week, affirmed this central agenda of the WEF in his comments.

“The notion of a reset is more important than ever before,” he said. “I personally believe … we’re at the dawn of an extremely exciting time.”

Although Breitbart reports that the Paris Climate Agreement would cost the United States about 1.1 million jobs, Kerry asserted rejoining it is “not enough.”

“The Biden administration,” Kerry said, “will focus on every sector of the American economy,” including the acceleration of a “transformation in the private sector.”

The Paris Climate Agreement not only focuses on climate change. For pro-life and pro-family groups, the key reason to denounce the agreement was language “designed to promote abortion and contraception,” as Voice of the Family put it.

He used the same slogan — “Build Back Better” — and confidently used sweeping policy language including his referring to the coronavirus phenomenon as an “incredible opportunity … to fundamentally transform the country.”

He called for “revolutionary, institutional changes” to the nation, involving an “end to the era of shareholder capitalism.”

As observed by Justin Haskins of The Heartland Institute, ending “the era of shareholder capitalism,” is “a major part of the Great Reset proposal that would alter how companies are evaluated, elevating social justice causes and climate change concerns over property rights.”

“Instead of worrying about profits, opponents of ‘shareholder capitalism’ argue companies should be forced to focus on ‘stakeholders,’ which is just another way of saying ‘the collective.’”

In a recent open letter to President Donald Trump, Archbishop Carlo Maria Viganò, the former Apostolic Nuncio to the U.S., warns that “the whole world is being threatened by a global conspiracy against God and humanity … called the Great Reset.”

These impositions, being designed by global elites, seek to “subdue all of humanity, imposing coercive measures with which to drastically limit individual freedoms and those of entire populations.”

The presidential election still remains undecided as lawyers for the Trump campaign pursue litigation to expose and reverse a “massive and coordinated effort” to steal the election through vote fraud (additional specific references here, here, and here).

“We believe the American people deserve to have full transparency into all vote counting and election certification, and that this is no longer about any single election,” he wrote.

“This is about the integrity of our entire election process … We will pursue this process through every aspect of the law to guarantee that the American people have confidence in our government. I will never give up fighting for you and our nation.”

How to Celebrate Thanksgiving in the Midst of Toxic Politics and COVID-19 Lockdowns Previous post
Evidence That 5,000 Years Ago, Ancient Egyptians Might Have Sailed to America Next post