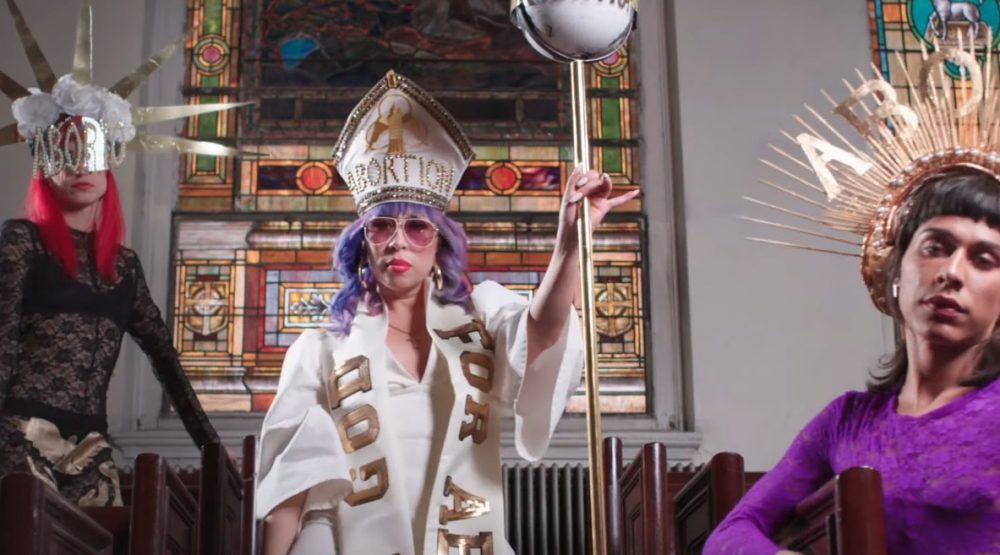 If anyone ever tells you that nobody celebrates abortion, here is your proof.

Viva Ruiz, the creator of the “Thank God for Abortion” awareness campaign, is at it again, this time blowing every other blasphemous leftist out of the water with a pro-abortion anthem declaring that her androgynous idea of “God” is in favor of the murder of pre-born children.

A recent article from Jezebel extols the latest work by Ruiz, an “artist-in-residence” at Shout Your Abortion and a self-identified Catholic. 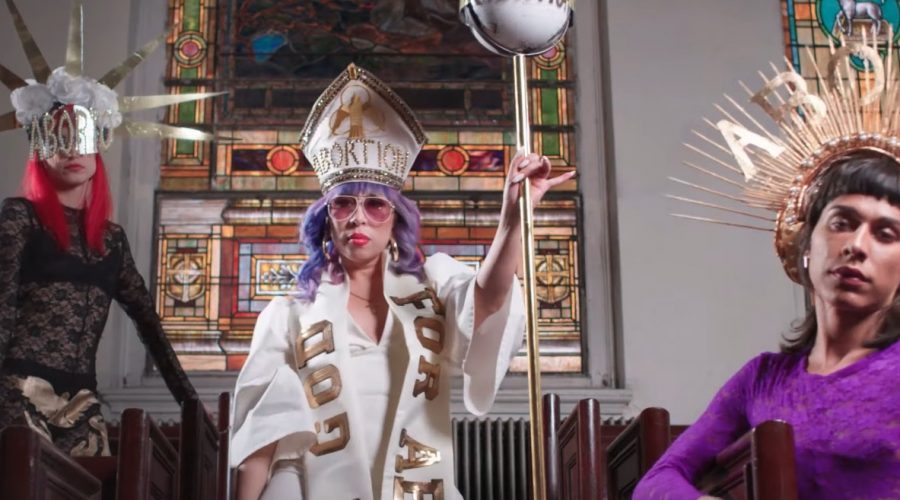 Ruiz, the leftist blog declares, is on a “mission to reclaim the god concept, which she says the right has distorted and weaponized by putting more ‘Christian pro-abortion propaganda’ out into the world.”

In the new song, Jezebel goes on, Ruiz “extols the gospel of reproductive rights for all and the sanctity of bodies who have gone through an abortion.”

“People who have had abortions are more holy,” Ruiz told the blog, adding that abortion clinics are “another kind of church” and “abortion providers are doing Jesus-work.”

In the horrifically crass and tacky music video for her new song, Ruiz opens with a group of pro-life protesters brandishing signs that read, “God Hates You,” “Men Know Better,” “Abortion — No! Guns — Yeah!” and even one held by a young child that reads, “I Am the Pro-Hate Generation.”

Then, with ’80s-reminiscent special effects, a pair of individuals materialize on either side of the cluster of protesters wearing white jumpsuits that say, “Safe, Legal, Free,” presumably referring to how Ruiz wishes to see abortion treated in America.

The white-clad individuals — people of color in stark contrast to the all-white group of pro-lifers — beckon the protesters into a church whose altar is draped with a sign that reads, “Thank God for Abortion.”

The lyrics, unsurprisingly, are even worse than the imagery.

Ruiz targets what she and Jezebel call “Conservative God,” a wrath-centric, distinctly male entity, tapping into the leftist fears surrounding the prospective appointment of conservative Catholic Amy Coney Barrett to the Supreme Court.

Ruiz, like Coney Barrett, is of the Catholic faith and has developed a more personal relationship with God, one that transcends the limitations and wrath-centered ethos of Coney Barrett’s Conservative God.

“[The religious right] and their [anti-abortion stance] hinge on the pregnant person being invisible,” says Ruiz.

“They skip right over to the cells or fetus or embryo being the person.” What Ruiz and Thank God for Abortion seek to do is “shine a light on the pregnant person. That’s who God loves, no matter what.”

But how does one take down Conservative God, one of the most powerful forces in America? Well, as everyone knows from the very important film Wonder Woman, only a god can kill a god. Ruiz’s plan to counter Conservative God is to battle him with Compassionate God.

“We have a theocracy. There’s never been a time that God hasn’t been present, separation of church and state never happened,” Ruiz says.

When the religious right is asked to defend their conservative stance on the evils of abortion, they choose random decontextualized portions of the Bible to make their points — usually from the Old Testament, when Conservative God was at his most violent.

Ruiz has her own Bible verse to swat away the naysayers: “I give you a new law. That law is, ‘Love each other.’”

This is utterly demonic, folks. God will not be mocked, and He will not fail to bring justice to those who contort His Word.

Saints, I beg you to pray for Ruiz’ stony heart and calloused soul.