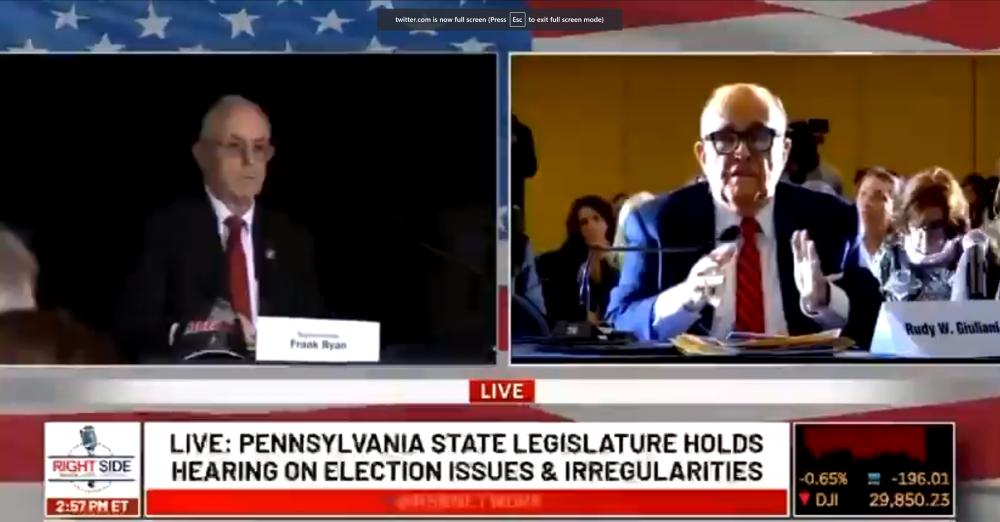 Rudy Giuliani: 1.8 Mail-in Ballots Were Sent Out in Pennsylvania, But 2.5 Million Were Counted

The Pennsylvania state legislature on Wednesday held a hearing on the 2020 election issues and irregularities. 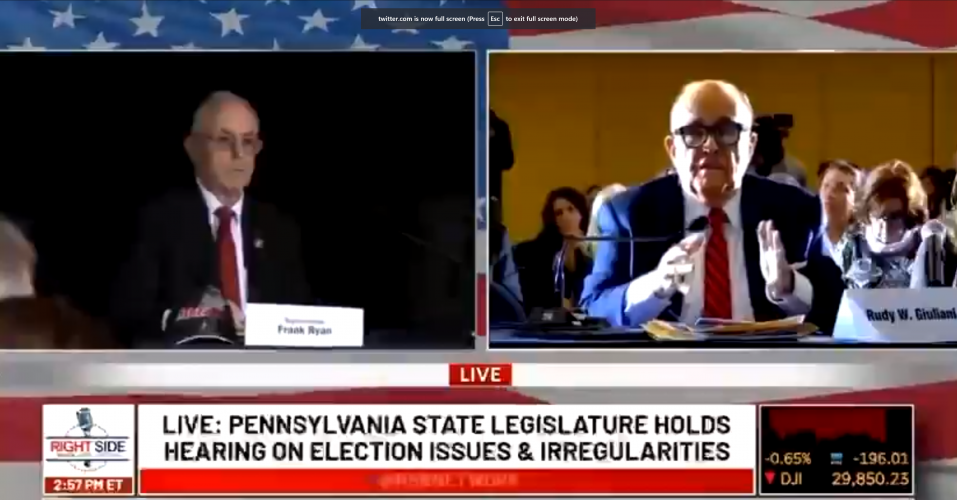 One very credible witness described how he personally observed dozens of USB cards being uploaded to voting machines which resulted in 50,000 votes for Joe Biden in a short period of time.

Another witness described the huge “spikes” in Pennsylvania ballots that went 600,000 to Joe Biden vs 3,200 for Trump and the crowd gasped.

“You have two major gaps — you have the 672,770 votes that were not inspected by anyone secretly put into the ballot box and then you have this gap that I don’t understand between the mail-in ballots. You’ve sent out: 1.8 million and the number you counted: 2.5 million!” Rudy said.

“That’s totally impossible to explain other than what some of the other witnesses were suggesting that they were basically stuffing the ballot box. I believe what happened was that they never expected to be behind by 700,000 or 800,000 votes on election night.

#PA #PALegislature #ChainofCustody "What I saw there was a chain of custody, that in all cases, that was broken."
Mail-ins, drop box, the election day USB card flashdrives: no chain of custody.
They have photos of a guy walking in w baggies of USBs. pic.twitter.com/zbCpexLYp1

Giuliani is absolutely correct. The corrupt Marxist machine in Philadelphia was stunned with President Trump’s numbers on election night so they panicked and shut it all down.

Joe Biden was mathematically eliminated in Pennsylvania on election night so the crooked elections officials scrambled to produce 700,000 mail-in ballots for Joe Biden after Election Day.

Evidence That 5,000 Years Ago, Ancient Egyptians Might Have Sailed to America Previous post
Harvard Researchers: Nearly HALF of Young Adults Showing Signs of Depression Amid Pandemic Next post