We’ve reported on numerous events identified in the 2020 election already which are being referred to as ‘glitches’ by the Democrats. Tonight we just uncovered another ‘glitch’ in Wisconsin.

When this one is confirmed it will result in a 19,500 vote gain for Trump making the Wisconsin race a total toss-up.

There is now a pattern of events we have uncovered across the country where votes are being taken from Republicans at all levels and transferred to competing Democrats in offsetting amounts.

These are not random because in every case votes are moved from Republicans to Democrats.

This is beginning to appear like a strategy used by the Democrats to steal this election.

We reported first on a system glitch, as it was labeled, in Michigan which switched 6,000 votes back to President Trump.

Then another example was uncovered in Oakland County Michigan where again a Republican won his race as a result this glitch.

Then in Pennsylvania a ‘glitch’ was uncovered where nearly 20,000 votes were moved from President Trump to Biden.

When this is confirmed it will result Biden’s lead being cut by 40,000 votes in Pennsylvania bringing this race back to even:

Then we found approximately 6,000 votes which were taken from Trump and moved to Biden in Georgia due to a ‘glitch’:

More *glitches* occurred in a deep red county in the key swing state of Wisconsin.

All the errors are running one way, towards Biden. #ICYMI pic.twitter.com/Hyp1jOWXY8

How many of these ‘glitches’ that go only one way were performed in the 2020 election?

Now tonight we have identified approximately 10,000 votes that were moved from President Trump to Biden in just one Wisconsin County.

This information came from an individual who saw this happen in Rock County Wisconsin.

On election night the results of the county were presented during the evening and showed that President Trump won Wisconsin in 2016. At 10:59 the votes came in and the race was close with both candidates at around 29,000 ballots. 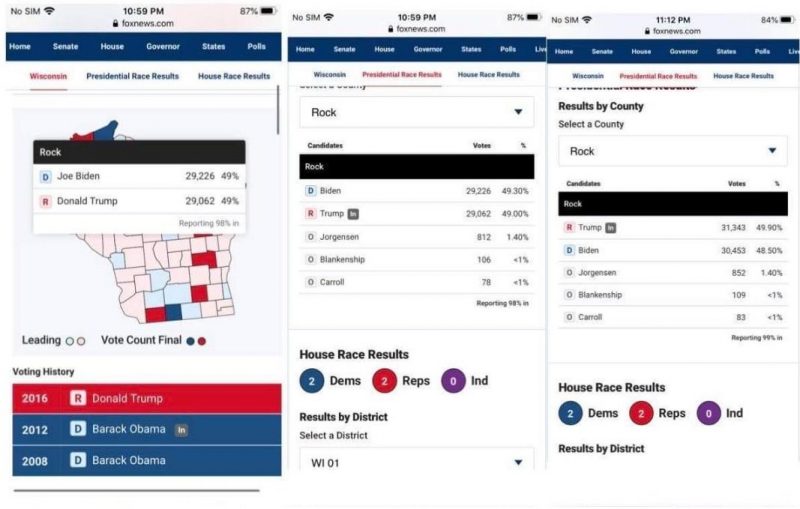 These votes had swapped from the President Trump to Biden – again a swap from a Republican to a Democrat. 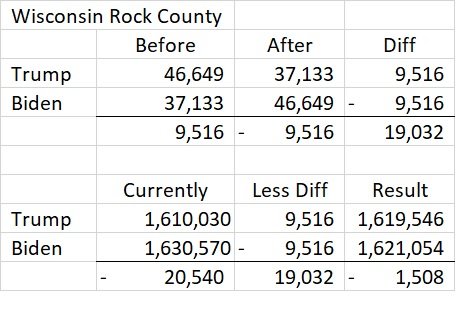 We checked these numbers again tonight from a different source and the final numbers are still showing Biden ahead of President Trump by the same 9,516 votes. 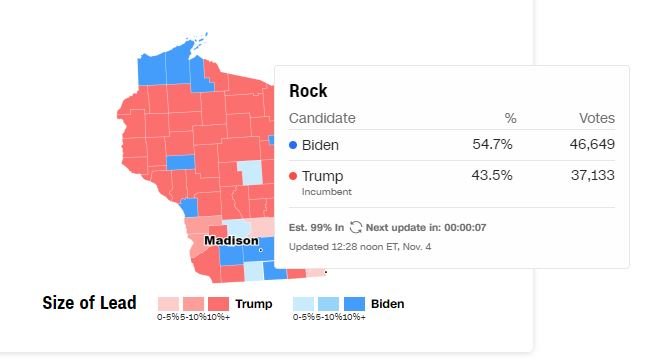 Currently the race in Wisconsin is showing Biden with a lead of 1,630,570 votes to President Trump’s 1,610,030 votes. When this adjustment is confirmed Biden will only hold a 1,508 vote lead.

This of course is before any of the hundreds of thousands of questionable votes showing up for Biden in Milwaukee early in the morning after the election are validated. 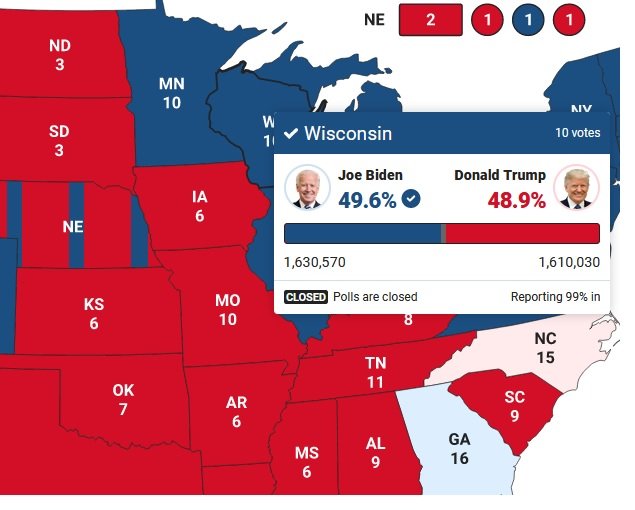 Maybe it is time to classify these ‘glitches’ that go only one way – in the Democrats favor – as a Strategy to steal the election, not a ‘glitch’.

This is now a countrywide issue.

Dr. Pascal Sacré: How to Lock Down Humanity Using a Misleading 'Test' (Up to 90% of the People Who Tested Positive Did Not Carry a Virus) Previous post
Bill & Melinda Gates Foundation is Promoting Child Labour in the Guardian Next post