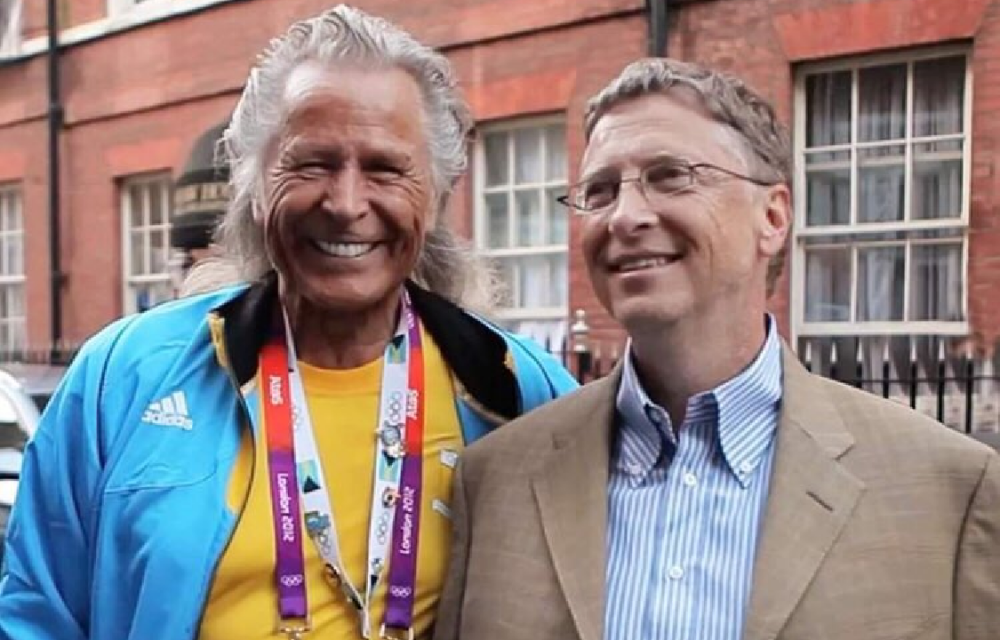 Infamous Canadian fashion magnate and accused sex trafficker Peter Nygard was arrested in Canada after years of allegations that he raped and trafficked young girls.

On Monday, Canadian authorities arrested fashion mogul Peter Nygard after he was indicted in Manhattan on charges of sex trafficking and racketeering.

The arrest comes as a result of an extradition treaty between Canada and the U.S., where Nygard faces allegations of rape and trafficking. Nygard’s story bears a disturbing resemblance to the case of serial sex abuser Jeffrey Epstein. 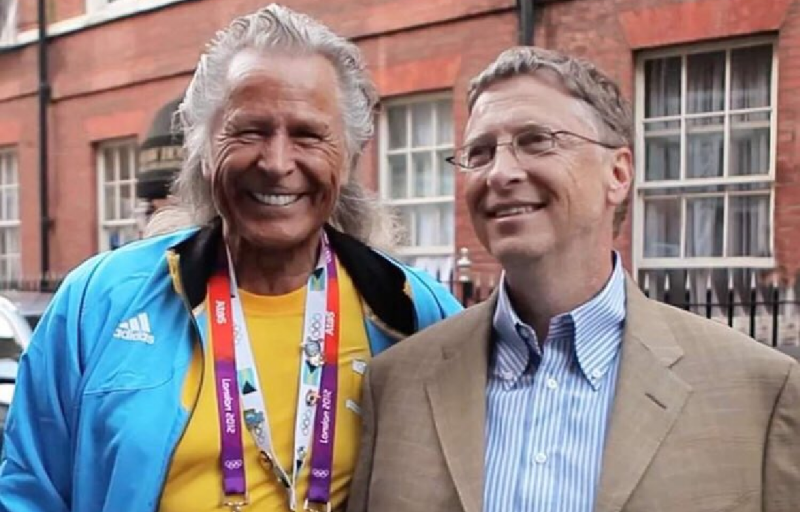 “According to the affidavit, evidence gathered in the U.S. includes interviews with more than two dozen people.

‘The investigation shows that Nygard’s criminal conduct has affected hundreds of victims,’ the affidavit says. ‘The harm to his victims has included not only economic and psychological harm but also numerous instances of non-consensual sex, including non-consensual group sex, attempted forcible rapes and drugging of victims.’”

Since the early 2000’s, Nygard has been plagued by accusations of trafficking and sexual assault of dozens of women and girls at his homes in the U.S., Canada, and his private island in the Bahamas, Nygard Cay. Fifty-seven women are now accusing Nygard of using violence, intimidation, and his vast resources to entice victims and cover up his actions.

The U.S. federal government has been investigating Nygard for trafficking accusations since at least 2015. In February, 10 anonymous women filed a federal lawsuit accusing Nygard of a “decades-long sex-trafficking scheme.” After the February allegations authorities raided Nygard’s home in Los Angeles and his offices in New York City.

Nygard has also been accused of rape by his own sons. In August, two of his sons accused their father of arranging for them to be raped when they were children. After the arrest, Nygard’s son, Kai Bickle Nygard, told the CBC:

“I’m just absolutely thrilled to find out that he’s going to have to face a trial and go through the judicial process and not be able to just take off with a pot of money offshore somewhere.”

The current accusations against Nygard are not the first. As The Mind Unleashed noted:

“In 2005, the Finnish newspaper Iltalehti published an article about sex parties at Nygård’s mansion, and featured a short interview with actress Jessica Alba where she said she had to leave a party at the mansion because she was so uncomfortable with what was taking place. She mentioned the presence of young girls at the party as well. Nygård sued the parent company of the paper Alma Media for slander in Los Angeles but lost the case.”

As with disgraced serial abuser Jeffrey Epstein, Nygard is accused of targeting victims who came from low income families and disadvantaged backgrounds, promising them money and modeling contracts.

The suit alleges that Nygard kept a database of “potential victims” on Nygard International company servers. The list reportedly contained the names of over 7,500 women and girls.

Peter Nygard’s victims say that he would use alcohol, drugs, and intimidation to coerce them into having sex.

Some of the victims claim to have been as young as 14 years old when the rapes took place. Many of the victims also allege that Nygard flew them to his private island in the Bahamas, known as Nygard Cay.

Nygard would reportedly hold onto the victims’ passports and “expected a sex act before he was willing to consider releasing any person.”

Ross said that once guests arrived they would be photographed and placed into Nygard’s database to be rated for their beauty. Ross says Nygard was apparently a fan of “a nice toilet … a nice ass. It had to be big and round.”

As with Epstein, Nygard also had a litany of famous friends who were often photographed celebrating with him or spending time on his island. 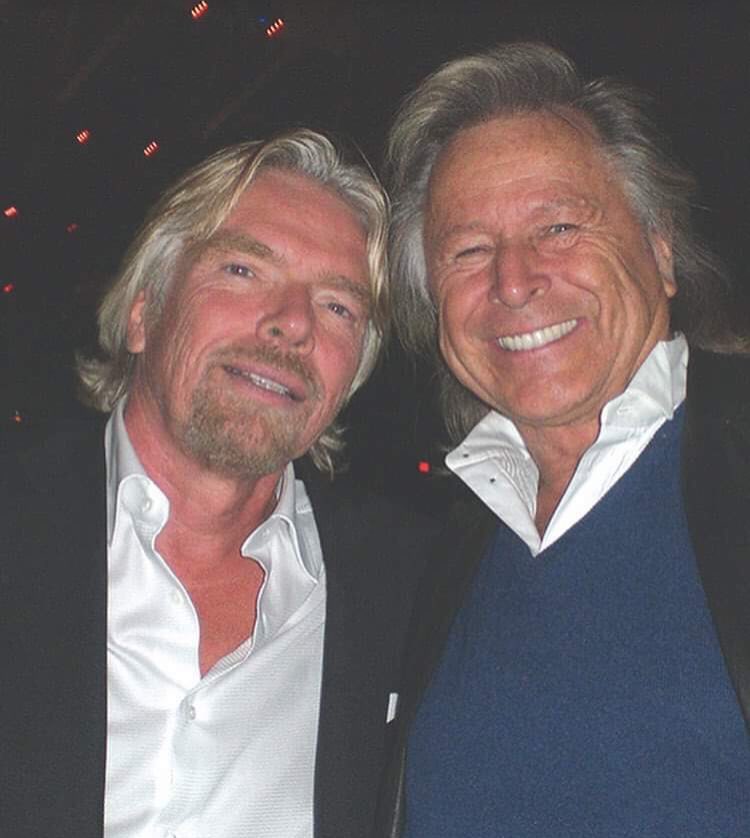 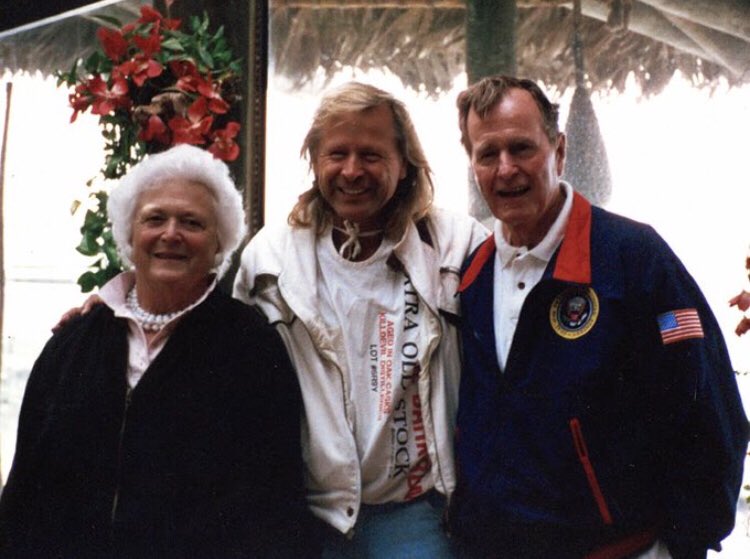 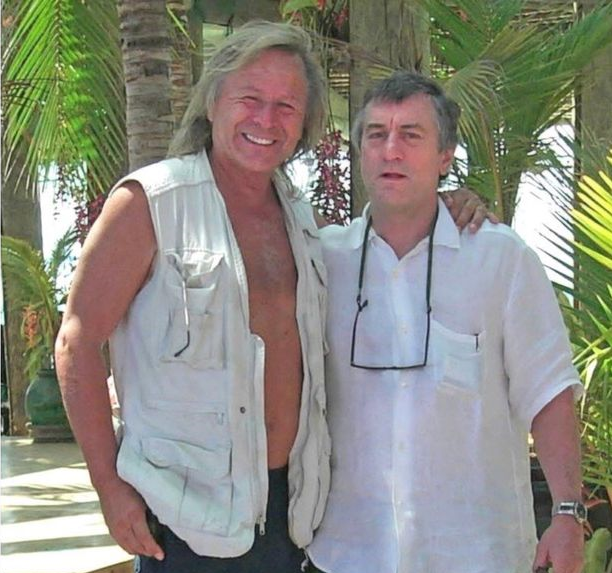 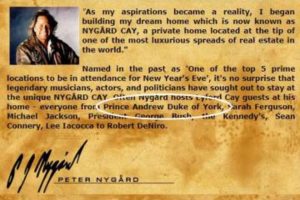 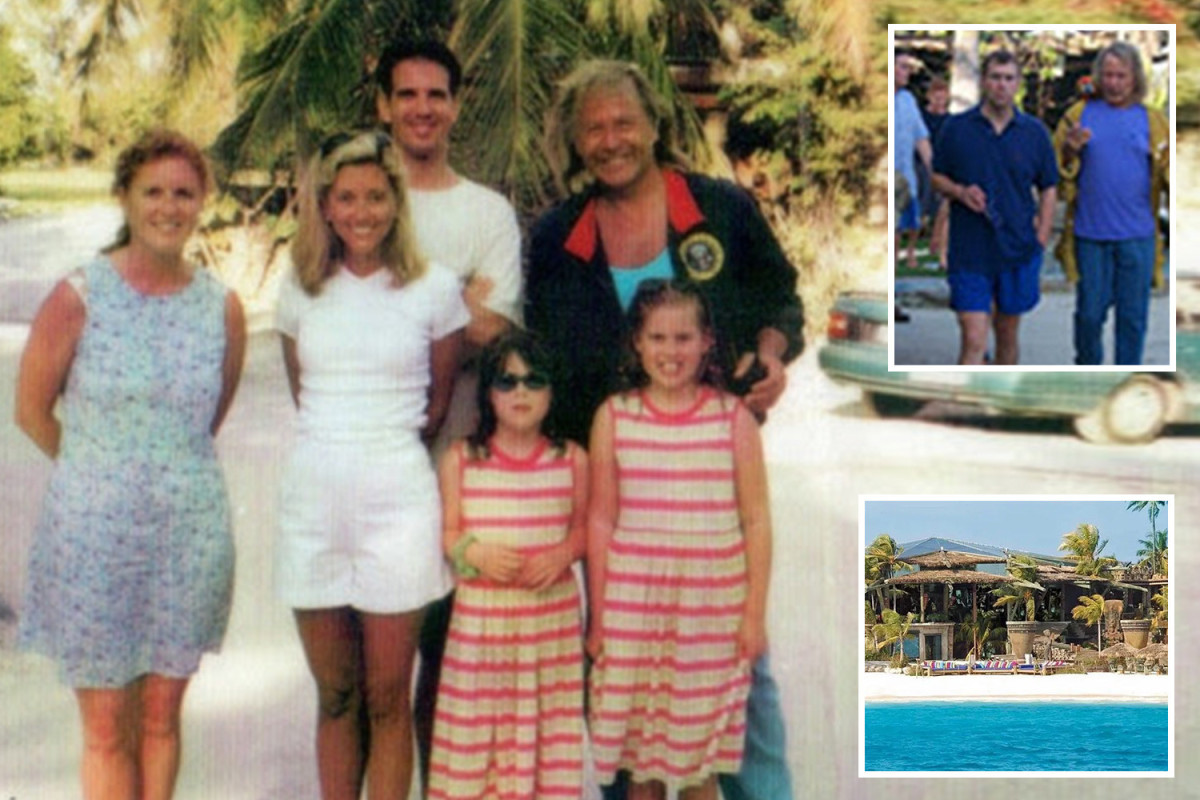 Ross said she saw “stacks of $10,000 bundles from the bank stuffed into bags for delivery.” Ross also alleges that Nygard was forced to get creative to hide the payoffs, at one point hiding $100,000 in $10,000 bundles inside an order of “very large fish.”

The Daily Mail also notes that Nygard and Jeffrey Epstein shared a mutual friend, Britain’s Prince Andrew, the Duke of York. Andrew reportedly visited Nygard’s island in 2000, shortly after Nygard agreed to settle out of court with three employees who accused him of sexual harassment.

While Andrew has not been accused of wrongdoing by Nygard’s victims, he continues to face allegations of having sex with minors in connection to Jeffrey Epstein.

Victims and former employees state that Nygard seemed obsessed with slowing down the aging process and stem cell research, another similarity to Epstein.

Journalist Melissa Cronin reported that Nygard established a stem cell research company in St. Kitts with the goal of using aborted fetuses from pregnant women to provide him with fresh stem cells.

According to Cronin, one of Nygard’s girlfriends, Instagram model Suelyn Medeiros, wrote in her 2014 memoir that Nygard had encouraged her to get pregnant and then have an abortion so “we could use those embryonic cells and have a life’s supply for all of us: you, your mother and me.” Medeiros says she declined Nygard’s proposition.

The Fashion to Sexual Assault Pipeline

Another commonality between Jeffrey Epstein and Peter Nygard is their connection to and affinity for young female models. As a fashion mogul, Nygard was often surrounded by young attractive women and the lawsuits allege that he used his connections to recruit women into his sexual schemes.

This explains Nygard’s connection to Instagram model Suelyn Medeiros. She is now facing her own legal trouble as she has been named as a co-conspirator in the lawsuit.

According to Epstein’s victims, manipulating and recruiting aspiring models is a formula that he also perfected. Epstein’s main source of income was often believed to be Les Wexner, the owner of the Limited Brands.

As I previously noted, “over the years some reporters have examined the Wexner-Epstein connection and found that Wexner may have been Epstein’s only financial client and that they had an intriguing relationship that no one could quite figure out.”

Beyond the financial connection, Wexner also appears to have been one of the sources of young women for Jeffrey Epstein.

Another Epstein associate who is accused of recruiting young girls via the modeling and fashion industry is Jean-Luc Brunel, the former head of modeling agencies Karin Models and MC2.

Brunel has been accused of sexual abuse for decades. In 1988, CBS’ 60 Minutes reported on the accusations against Brunel in a rare tv broadcast titled, American Girls in Paris.

Brunel faced no charges or legitimate investigation against him until the arrest of Jeffrey Epstein in July 2019.

After Epstein’s arrest investigators attempted to zero in on Brunel, who had all but disappeared from public life. In September 2019, The Cut reported:

“In the time that Brunel was missing, the allegations against him only mounted: In mid-August, two models accused Brunel of sexual assault, which in part compelled French officials to launch a criminal investigation into charges that Brunel had sexually assaulted women and minors in France. Then, on September 24, le Parisien reported that Brunel had been found in South America, after weeks of being in hiding.”

The horrid tales of rape and abuse of aspiring models at the hands of Nygard, Epstein, Maxwell, and Brunel make it clear that some in the millionaire, billionaire class believe they are above the law and beyond accountability.

For this “Predator Class,” young men and women are simply objects to be used, abused, and thrown away when they are no longer useful.

The revealing of the exploits of these criminals is one more piece of evidence indicating that extremely wealthy and powerful people – connected to Hollywood, politicians, and other influencers – are involved in various methods of sexual abuse, trafficking, and exploitation of vulnerable individuals.

Only by continuing to expose and confront this dark reality can we ever hope to end these despicable acts and bring those involved to justice.

Fauci: Take the Vaccine, or Wear the Mask Indefinitely Previous post
Big Brother and the Rise of a New (Technological) World Order Next post