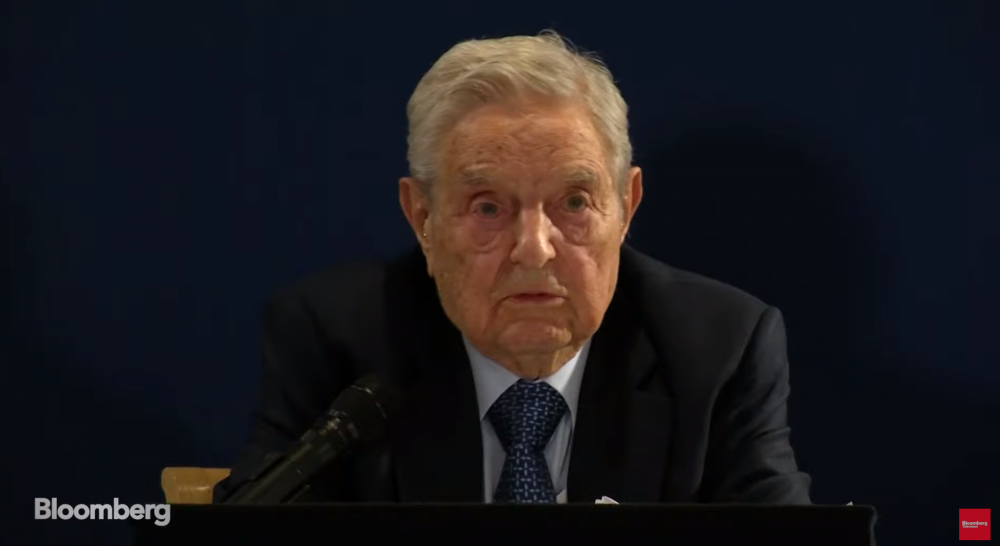 Liberal “philanthropist” George Soros has pledged a billion dollars to set up a university network to fight nationalism. The enemies who hope his causes will die with him are sure to be disappointed.

‘Most important project of my life’

Whatever medical care George Soros enjoys that the rest of us mere mortals can only picture, he will probably die before the nation state dissolves into his preferred borderless melange. 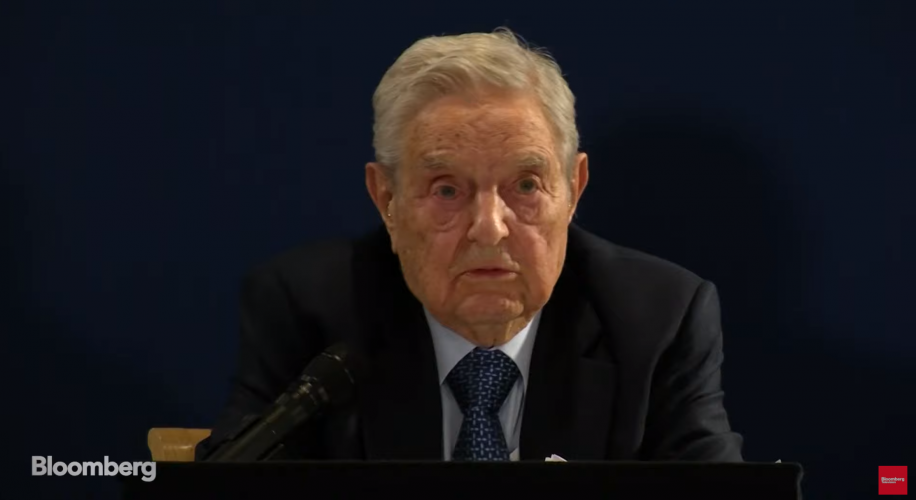 The 89-year-old billionaire was likely aware of this possibility when he announced on Thursday that he will donate $1 billion to establish a global university network to promote liberal globalism, calling it “the most important project of my life.”

Speaking to the world’s elite at Davos (naturally), the Hungarian-born financier said that the Open Society University Network (OSUN) will bring together “academically excellent but politically endangered scholars” to campaign for liberalism, whatever that means.

One of the world’s most successful hedge fund managers, Soros is among the wealthiest men on Earth, with an estimated net worth of $8 billion.

That’s on top of the $32 billion he’s donated to a web of NGOs, charities and political campaigns through his Open Society Foundations, basically a global influence machine, sometimes working in the open, often under a bewildering range of names.

Just because he can, does it mean he should?

Soros has a right to donate to whatever causes he likes, providing they’re legal. But what kind of world will be shaped by the cadre of liberal elites trained at OSUN institutions?

The “dictators” Soros claimed the OSUN will fight are not tin-pot warlords running failed states in Africa.

In fact, he told the New York Times as much last year, saying “It’s a perfect way to tell a dictator or a would-be dictator, if he identifies me as an enemy.”

Expect to see these future liberal functionaries fighting made-up dictators at home, not real ones abroad.

These Soros-educated graduates will emerge as torch-bearers of their benefactor’s worldview, which far from being “endangered” — a truly bizarre assertion considering the political leanings of most university campuses — already has the backing of everyone from the New York Times, to Silicon Valley, to Hollywood.

It’s George’s world, and we are just living in it

Among Soros’ aims are liberalization of the justice system, the federalization of Europe, opposition to nationalism, and the erosion of national borders, to name but a few.

Soros will not live to see these aims fully realized, but we will.

His sponsorship of progressive judges and district attorneys in the US will directly impact American lives, when citizens in their districts discover whether their ‘soft on crime’ policies bring peace, or a crime wave.

Europeans will know the impact of Soros’ advocacy when they, for better or worse, see the demographics of their neighborhoods change as a consequence of mass immigration.

Imagine if Soros was right-wing

The most notable aspect of Soros’ late-life power games is the easy ride he gets from the establishment, despite the extent of his political meddling, which often unashamedly crosses political borders.

At a time where people are labeled treasonous for literally talking to a Russian official.

To see the extent of this hypocrisy, compare him to another politically motivated billionaire philanthropist — David Koch, who recently passed away.

Koch’s death saw op-eds that described his legacy as “monstrous,” “terrifying,” and “disgraceful.” His gifts to the planet, one Guardian columnist wrote, were “death and destruction.”

Together with his brother Charles, Koch used the profits from his family’s business to fund Republican lawmakers and right-wing think tanks, promulgating his message of limited government, freedom from social responsibility, and of course, tax breaks for fat cats like himself.

Soros pumped $15.9 million into lobbying Congress in just the third quarter of 2019; Koch spent $2 million in the same period. You get the picture.

When Charles Koch sponsored a scholarship program in Utah, the Guardian worried that the university was becoming a “hardline” “right-wing mouthpiece.”

Soros’ own educational endeavors have been spared such criticism.

His Central European University, located in his native Hungary, has been described instead as a “bastion of academic freedom and a symbol of open society.”

Koch’s network of think tanks and NGOs has been referred to as ‘the Kochtopus.’

Imagine for a moment that the mainstream media used similar imagery to refer to Soros’ influence machine. The cries of anti-Semitism would be deafening.

A call to the media

This is not a defense of the Koch brothers.

To see figures as powerful so thoroughly excoriated by the media is refreshing, and a reminder that the fourth estate is still capable of holding the elite accountable from time to time.

If anything this is a call for the media — and not just the partisan outlets — to thoroughly look at Soros in the same spirit, and ask:

“Should the ideological whims of one billionaire determine the political future of entire nations?”

Because if they don’t, get ready to live out his vision, and be sure that his billions won’t just outlive him, they will outlive you as well.