Look around you, what do you see? Airlines mandating you receive a jjab before flying, sport stadiums telling you that an Immunity Passport will be needed to attend events, countries like Israel and the nations of Europe using Green, Yellow and Red restricted zones.

All this for a virus with a 99%+ recovery rate.

OK, today the gloves come off, (not that they’ve ever really been on), and I am going to make this as clear and as plain as I possibly can.

What is happening all around you right now is the prophesied New World Order foretold in the book of Revelation. That’s Fact #1.

In this New World Order, the population will be controlled by a bio-electronic injectable device called the Mark of the Beast.

These rushed, unproven and highly-dangerous Messenger 33 mRNA jjabs are the first stop on a ride that leads you to the doorstep of Antichrist. That’s Fact #2.

“And I saw thrones, and they sat upon them, and judgment was given unto them: and I saw the souls of them that were beheaded for the witness of Jesus, and for the word of God, and which had not worshipped the beast, neither his image, neither had received his mark upon their foreheads, or in their hands; and they lived and reigned with Christ a thousand years.” – Revelation 20:4 (KJB)

There is no forgiveness for taking the Mark of the Beast, and while these opening rounds of the jjabs are not the biblical Mark of the Beast, they are being used as a psyop to mentally groom you to receiving an injection from the government.

Look around you, what do you see?

I see airlines mandating you receive a jjab before flying, sport stadiums telling you that an Immunity Passport will be needed to attend events, countries like Israel and the nations of Europe using Green, Yellow and Red restricted zones.

All this for a virus with a 99%+ recovery rate.

The Bible is literally unfolding before your very eyes!

With the Knesset’s unanimous approval, the program put forward by the man coordinating the country’s efforts to contain the COVID-19 pandemic will see, starting on September 6, municipalities assigned to color groups based on infection and morbidity rates.

Red zones will experience the tightest restrictions, followed by orange, then yellow and finally green in the order of diminishing strictures. (Source)

For all you Laodiceans out there who want “science” so you can believe the Bible, we invite you to watch the video below and it will give you all the straight science about the Messenger 33 jjab that you could ask for.

There is so much information in that video I had to watch it two or three times to absorb it all. But mRNA jjabs are nothing like the childhood jjabs most of us have received for diseases like smallpox and polio.

Messenger RNA jjabs reprogram your DNA, is that really what you want taking place in your body?

In the end, all we here at NTEB can do is to warn you, patiently and soberly, and ask you to compare what we say to the truth contained within the pages of your King James Bible.

At the very least, these mRNA jjabs have already caused 3,150 adverse reactions in the first week of distribution, those numbers are going to skyrocket.

The born again Church will be removed before the Mark of the Beast, that’s Fact #3, but you are right now watching an unsaved world preparing to receive Antichrist.

In October, Estonia and the World Health Organization started a pilot for a digital jjab certificate, with the Baltic country announcing earlier this year that it had begun testing a separate “digital immunity passport”.

China has put in place an app-based health code system that uses travel and medical data to give people a red, yellow or green rating indicating the likelihood of them having the virus – and whether or not they can walk around freely.

Israel has said it plans to issue a “green passport” to those who have been vaccinated, which will grant them easy access to restaurants and cultural events, and exempt them from quarantine rules or getting a virus test before travel. (Source)

You can trust your government, or you can trust the King James Bible, take your pick. You can’t trust both, they are mutually exclusive.

Take of your health, take Vitamin C, zinc and D3 every day, use common sense and trust the Lord to lead you and guide you.

This is not a dress rehearsal, this is the real thing and the game is on. Are you in or out?

The war is REAL, the battle HOT and the time is SHORT… to the FIGHT!

Ontario (Canada) Admits Labelling Deaths As COVID When They’re Not A Result of COVID-19 Previous post
WHO Chief, Tedros Ghebreyesus, Faces Allegations of Genocide Next post 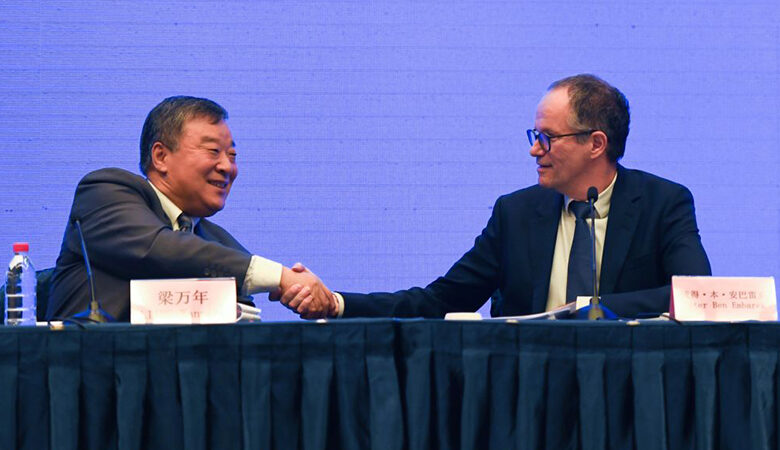 BOOM! Head of WHO Origin Investigation Team Admits Communist China Ordered Them What to Write in Report