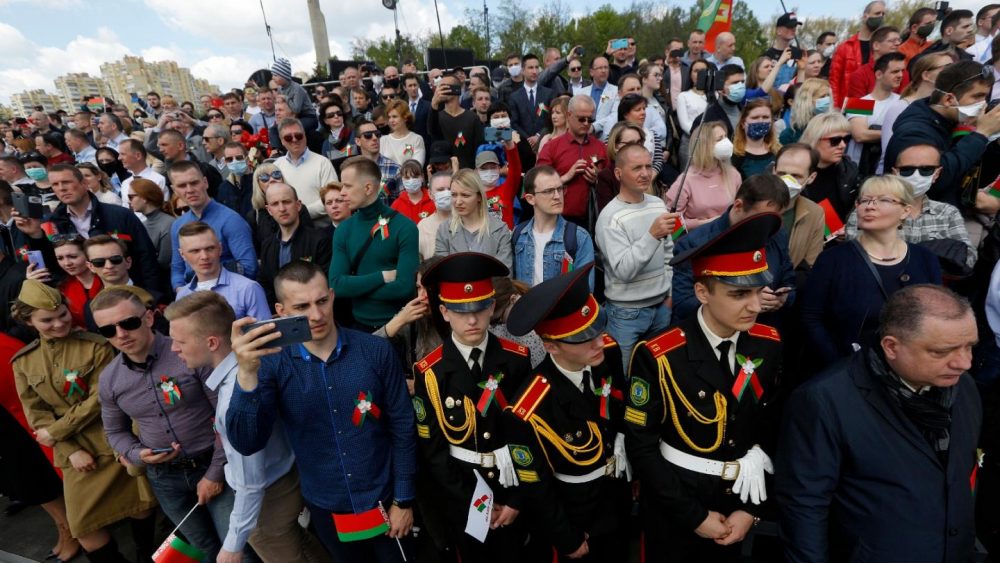 How Belarus Exposes the Lockdown Lie

Most European governments instituted the shutdown of economies, restrictions on freedom of movement and other policies known as lockdown. This was allegedly in response to the spread of Sars-Cov-2, a dangerous respiratory virus that originated in Wuhan, China.

Few countries rejected this approach; Sweden is the most well known of these. However, a more interesting case of dissent from the official narrative is Belarus and its leader Aleksandr Lukashenka.

This article will outline Lukashenka’s approach to the alleged pandemic, followed by an analysis of death figures and how the Belarussian case exposes the lies of lockdown advocates. 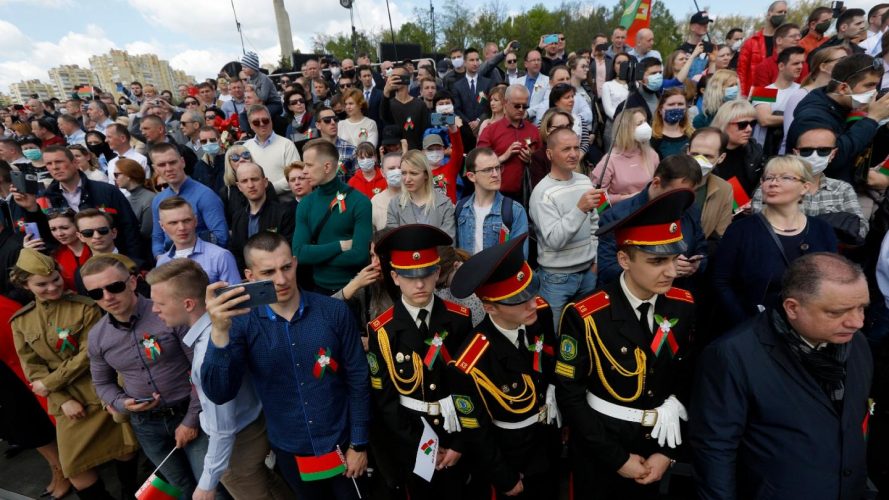 The Belarussian Approach to Covid 19

The alleged pandemic broke out in Europe in March 2020, and most European governments followed the severe strategy of imposing lockdowns.

Lukashenka’s response was much more limited. A Belarussian press release from the 25th March talks about the quarantines set up for people who enter Belarus:

Quarantine stations were set up at all the points of entry. Screening measures include temperature checks. This system of control really works, [healthcare minister] Vladimir Karanik noted.

This helped identify symptoms of a viral infection in more than 250 people, however the absolute majority of them had influenza, parainfluenza, and adenovirus. If a person tests positive for coronavirus, healthcare workers put their contacts under medical observation.

“Such a targeted approach helps curb the spread of the virus,” the minister said.”

Lukashenka also advocated staying at home if one has symptoms of the virus. He also famously made some comments – reported widely in the Western media – giving health advice:

I am teetotal, but in recent times I say jokingly, that it is necessary to not only wash hands with vodka, but probably that [consuming] 40-50 grams of a measure of clean spirit a day – [can] “poison” [in commas in original text] this virus. But not at work.”

He then says that “Today, go to the sauna. But if [you go] two-three times a week that is even healthier. The Chinese have told us that this virus cannot withstand temperatures of 60 degrees”.

Overall, the Belarussian approach has been the least authoritarian in Europe. Belarussian football went ahead as normal and fans were allowed to continue attending games.

Theatres, cafes and other social events continued and there was no shutdown of the economy. Victory Day Parades also went ahead on the 9th May despite being cancelled in countries such as Russia. Neither did Lukashenka delay scheduled elections, unlike Jacinda Ardern of New Zealand.

Western media treated Lukashenka’s approach as a laughable curiosity (in cases where they did not ignore it entirely). They mocked Lukashenka’s comments about vodka and saunas, using this was a way to avoid asking any deeper questions.

According to the official narrative, Belarus should have been a zone of death, destruction and disaster.

Neil Ferguson’s modelling – one of the key pieces of propaganda used to put Britain in lockdown – predicted that left unchecked Covid 19 would kill between 54,090 and 71,616 Belarussians.

So what are the facts?

The population of Belarus is around 9.5million. Of this population, as of December 12, 2020, a total of 1,263 deaths are recorded as being from Covid 19. It appears the first death in Belarus attributed to this disease was Mar 31, with between 2 and 11 deaths recorded each day up until Dec.12.

It goes without saying that 1,263 deaths out of a population of 9.5m is minuscule and hardly indicative of a deadly pandemic sweeping the country. But critics of the Belarussian approach may claim that Lukashenka is hiding the reality of Covid 19 deaths in the country.

The most logical way to examine this question is to look at whether there are any excess deaths in Belarus in general over this period, and if so, how many.

Of course, just because there were excess deaths would not prove that the deaths were caused – or otherwise – by hidden cases of Covid 19. But a relatively low number of excess deaths would reveal that the claim that Lukashenka is hiding mass deaths from Covid 19 is not plausible.

Examining the data, we can see that the vast majority of these excess deaths were in June, with virtually none in April and a small excess in May.

This figure is rather small compared with the predictions of doom and destruction put forward by the likes of Neil Ferguson.

Belarus vs England and Wales

A comparison with another country that did pursue lockdowns gives further evidence that the scaremongering predictions regarding the consequences of not locking down are unfounded.

This analysis was performed by taking the number of excess deaths for Belarus and then calculating the same figures for England and Wales from the weekly death data from 2019 and 2020. Belarus had 5605 excess deaths in April, May and June 2020 from a population of 9.5 million.

England and Wales had 54,798 excess deaths in the same period from a population of 59.5 million.

Sweden: No Hard Lockdowns, Masks, Or Social Distancing And One Of The Lowest COVID-19 Fatality Rate In Europe

The BMJ’s article on Belarus: Saving the Case for Lockdowns?

This evidence looks damning for lockdown supporters. However, there is one attempt to explain the low Belarus death rate despite the fact that there was no lockdown there, printed in the British Medical Journal.

The article puts forward four reasons why Belarus has a low death rate, some of which offer comparative data with the UK.

Health services generally strike a balance between having enough beds available to deal with a crisis, and not so many that money is being wasted on unnecessary beds. The argument can be made that the NHS gets the balance wrong and leans towards having too few beds per capita.

For example, the UK had a large number of flu cases in the 2017-2018 season with hospitals having high bed occupancy rates.

However, bed occupancy in the UK significantly decreased due to the lockdowns and NHS policy of discharging as many patients as possible. On the 13th April, a few weeks into lockdown, acute beds were 40% unoccupied.

This hardly suggests a health service that would have been totally overwhelmed had it not locked down (for comparison, NHS beds are usually 90% full).

It may actually have been the case that the lockdown cost lives by cancelling treatment, expelling people from hospitals and promoting a fear based message that discouraged people from seeking treatment.

It is true that a respiratory pathogen will find it easier to spread in an environment like a care home because of the close proximity of vulnerable individuals. It is also true that the UK had a large number of care home deaths during this period.

However, the UK government policy towards care homes likely contributed at least some of the excess deaths caused during this period. People in care homes were routinely denied hospital treatment and were unable to get access to GPs.

The lack of visits by family caused many elderly patients to mentally give up and their condition deteriorated. Any deaths that resulted from this, therefore, cannot be attributed to a virus but government policy.

The argument also fails as a motivation for lockdowns. If the majority of deaths are in the fairly contained environment such as a care home, locking down the whole society, such as closing shops and sports events, is going to have no effect on transmission within that environment.

Two other reasons given in the article – the better Belarussian testing system, and the lack of interest in Belarus as a travel destination – also do not have any bearings on whether lockdowns are an effective strategy.

There is no evidence of people with a positive test but no symptoms being infectious. It follows that testing more people isn’t going to lead to fewer deaths, so this cannot explain the low Belarus death rate without a lockdown.

Belarus did carry out quarantine measures, whereas the UK continued to allow flights into the country.

The piece argues that it is easier for Belarus (than the UK) to close its borders because it is not a major travel destination, which is true, but it can’t seriously be argued that setting up quarantine measures costs more than shutting down the entire country.

Once any hypothetical virus is also present in a country in significant numbers quarantine also becomes irrelevant.

The Belarussian case is a significant problem for those individuals who argue that lockdowns were necessary to prevent mass deaths from the deadly Covid 19 pandemic.

The limited measures taken in Belarus meant a lower death rate than lockdown supporting England and Wales. There are also no clear arguments as to why Belarus is so unique it could go without lockdowns while other countries had them.

Given the cost to the economy and mental wellbeing of imposing lockdowns, as well as the draconian restrictions on basic liberties, these facts strongly suggest that leaders that did impose lockdowns have a case to answer from their citizens.