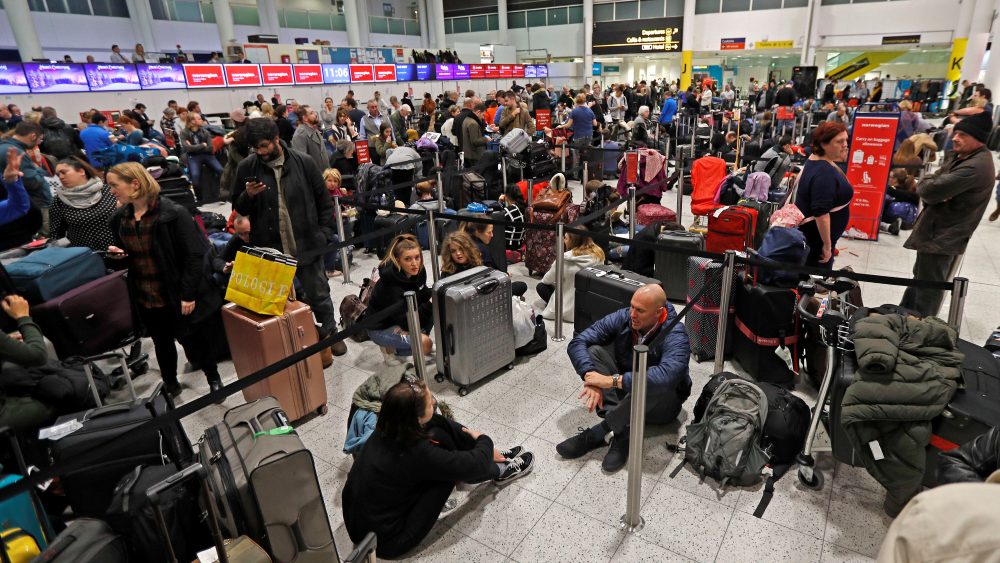 We’ve seen this movie before, and it ended with the largest power grab in world history.

“Just wear a mask. It will allow for society to reopen.”

“It’s just a ‘pause’ on non-essential activities and businesses.”

2020, the year that will be defined by corona hysteria and unprecedented global power grabs, is coming to an end, and the simulation is apparently resetting.

The conversation surrounding coronavirus mania has somehow reverted back to square one, with: 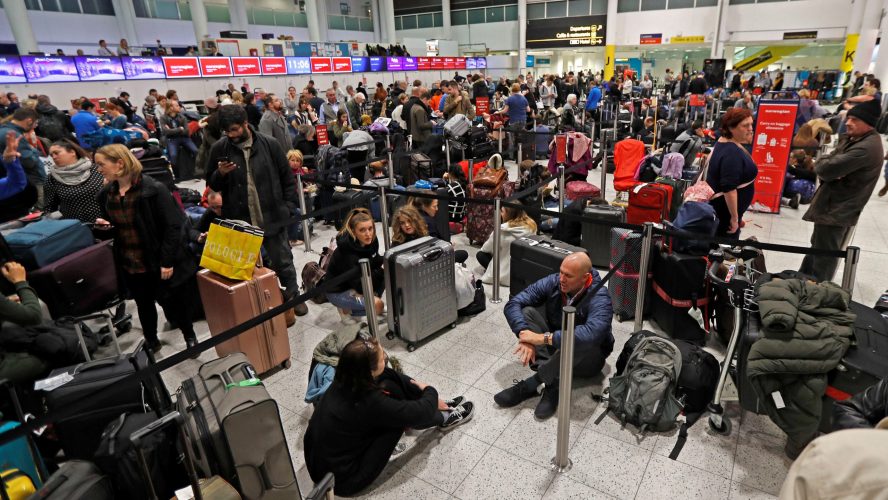 Do you miss normal life? Then say NO to oppression and let’s take back our freedom!

Social media and news feeds are now rife with prominent politicians, “public health experts,” commentators and reporters discussing the merits of a travel ban to the United Kingdom, after reports surfaced that the Brits have discovered a new strain of the coronavirus, which is being advertised as 70% more infectious (!) than the last variant.

According to the “public health experts,” it’s time to panic again, and take dramatic action to stop this virus.

The U.S. does not have plans for U.K. travel ban as a new Covid-19 strain pushes more than 40 countries to halt arrivals from Britain https://t.co/9rL8vDdIMg by @ElanaLyn pic.twitter.com/6osEaOLYIC

Over 40 countries have now decided — following the reported discovery of the new variant of the coronavirus — to impose travel bans from the United Kingdom.

With that has come a new pressure campaign in the United States, led by the likes of New York Governor Andrew Cuomo and other lockdown advocates, to launch a new round of travel restrictions.

The new strain of Covid-19 is "flying around the world," Gov. Cuomo said. "I believe intuitively it's already here."

He blasted the U.S. government for "doing nothing" and urged a travel ban from the U.K. or required testing of travelers https://t.co/e8RD0vsOq0 pic.twitter.com/9dsDPTZ39p

Mayor Bill de Blasio: "I believe in a travel ban from Europe." pic.twitter.com/d8wvOLB55N

It seems that so many across the political spectrum have learned absolutely nothing from the pandora’s box of tyranny that was opened up at the beginning of the year, following the failure of travel bans to stop the spread of a respiratory virus with a 99.9% recovery rate.

Like it or not, the United States is a very interconnected nation, serving thousands of international flights per day.

The U.S. is not New Zealand. We are not a tiny island nation that can just cut itself off from the rest of the world at a moment’s notice.

If there’s a virus reportedly spreading across the Atlantic, it’s probably already here, too.

Additionally, many in the corona hysteria space seem to not understand the rudimentary science behind mutations.

They’re seemingly too busy panicking and demanding further restrictions to be thoughtful about what to do next.

If a virus has mutated into an even more transmissible form, that can mean that the virus has become less lethal.

This also means that mitigation and suppression pseudoscience measures, such as lockdowns, masks, curfews, and the like have even less of a chance of working this time around, given that they did not work to slow or stop the spread with a less transmissible variant.

If a disease with an approaching 99.9% recovery rate is becoming more transmissible, and possibly even less lethal, the idea that we should take dramatic, sweeping action to “fight” it is absolutely preposterous.

Before corona madness, anyone who advocated for a travel ban to stop seasonal influenza or the common cold would have been laughed out of the room.

The discourse surrounding “stopping the spread” of a virus has become so nonsensical and pointless, yet at the same time, these people and organizations are credentialed as “experts,” when their record of absolute failure would demonstrate otherwise.

We need to stop the spread of corona hysteria by rejecting any and all restrictions in the name of fighting a virus.

As we observed over the course of the year, a travel ban can fast transform into a devastating lockdown, when the travel ban inevitably fails in its mission.

The only path forward involves advocating solely for a full reopening and a restoration of individual rights, not more restrictions in the name of stopping a virus that we have no control over.

Scientist Has to Hide Identity to Appear on Air and Tell the Truth About COVID-19: Almost No Cases of Common Flu in Hospitals – All Designated Covid Previous post
New Study: Mask Mandates Had Zero Effect in Florida or Nationwide (But the Lie Continues) Next post