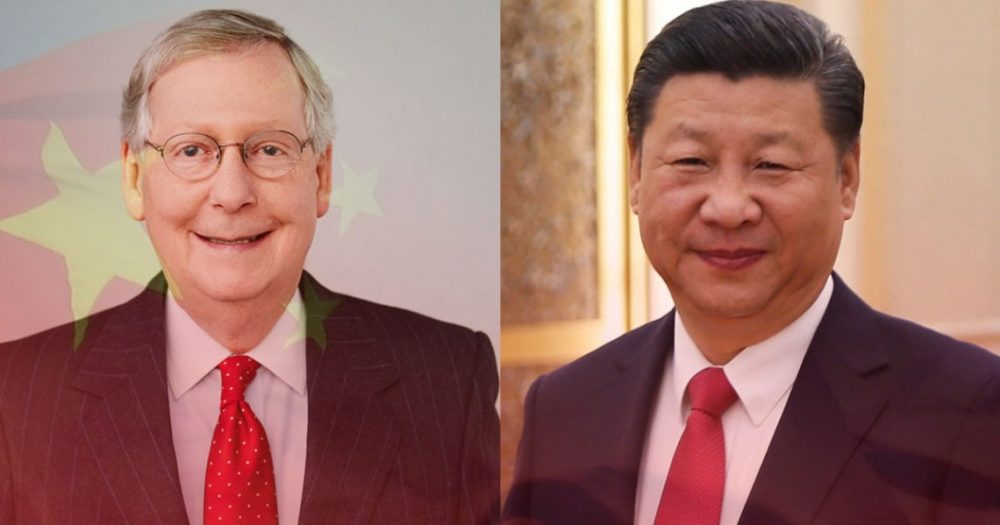 As news breaks Tuesday of Senate Majority Leader Mitch McConnell’s praise for the United States’ election “process” and declaration of “congratulations” for “President-elect Joe Biden,” the Kentucky senator’s extensive family ties to China have resurfaced as a topic of conversation.

McConnell’s marriage into the Chao family dynasty has coincided with a trajectory of ever-increasing personal profit for McConnell and the Chaos, as well as Chinese state business interests. 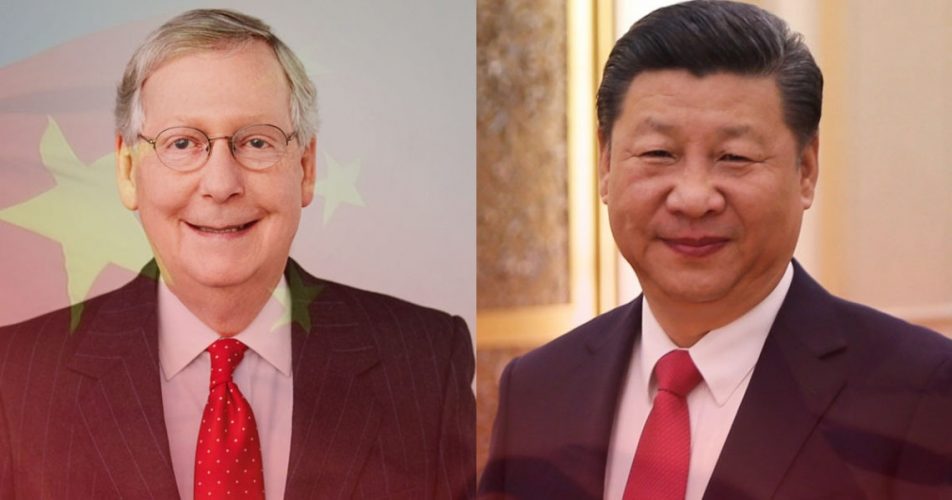 McConnell’s wife, Elaine Chao, is the daughter of shipping magnates James and Ruth Chao and the sister of Angela Chao, the latter of whom was appointed to a non-executive position on the Bank of China’s board of directors in 2016.

A massive spike in McConnell’s financial disclosures occurred in 2007 and 2008 following the death of Ruth Chao, with the senator’s federal disclosure jumping from $3 million to $33 million in that two year span according to Forbes.

McConnell’s re-election campaigns have received over $1 million in contributions from Elaine Chao’s family, including James and Angela, according to a 2019 report from the New York Times.

Aside from her position at the Bank of China, Angela Chao also serves as the CEO of Foremost, which is the Chao family’s billion-dollar maritime shipping empire.

While Foremost is an ostensibly American company with offices located in New York City, Forbes noted that the company’s fleet of vessels “sail under flags registered in Liberia and Hong Kong, and the company does the vast majority of its business in Asia.”

Foremost’s upward trajectory has remained steady during McConnell’s tenure in the Senate, with the company continuing to prosper even during multiple economic downturns in the industry.

Shipping database VesselsValue has estimated the company fleet’s net worth at $1.2 billion, making it the most valuable such fleet of any dry bulk shipping operation headquartered in the United States in 2019.

Perhaps some of Foremost’s good fortune can be attributed to the several hundred million dollars’ worth of loans it is contracted to receive from the Chinese government, or the fact that James and Angela Chao, who describe themselves as Americans, have served on the board of the Chinese government-owned China State Shipbuilding corporation.

The New York Times noted in its 2019 report that the Bank of China, where Angela Chao serves as a non-executive director, is a top lender to China State Shipbuilding.

Under Elaine Chao’s tenure as Secretary of Transportation, the agency budget “has repeatedly called to cut programs intended to stabilize the financially troubled maritime industry in the United States, moving to cut new funding for federal grants to small commercial shipyards and federal loan guarantees to domestic shipbuilders” according to the Times.

The report also noted that while the Chao family has paid for Chinese programs that provide scholarships and ship simulators for Chinese sailors, Elaine Chao’s Department of Transportation has repeatedly tried to excise grant funding for programs that keep domestic American vessels in service and buy ships that would be used to train American seamen.

McConnell and the Chaos have repeatedly dismissed concerns about conflicts of interest relating to the Senate Majority leader’s family ties to Foremost and Beijing, with Angela Chao insinuating that her ties to McConnell have only come under scrutiny because of anti-Chinese prejudice.

However, critics have noted that the fact McConnell’s public refusal to help President Trump in the latter’s fight to restore election integrity could be influenced by the fact that President Trump’s pro-American, hardline stance towards trade with China may pose a threat to business interests close to McConnell.