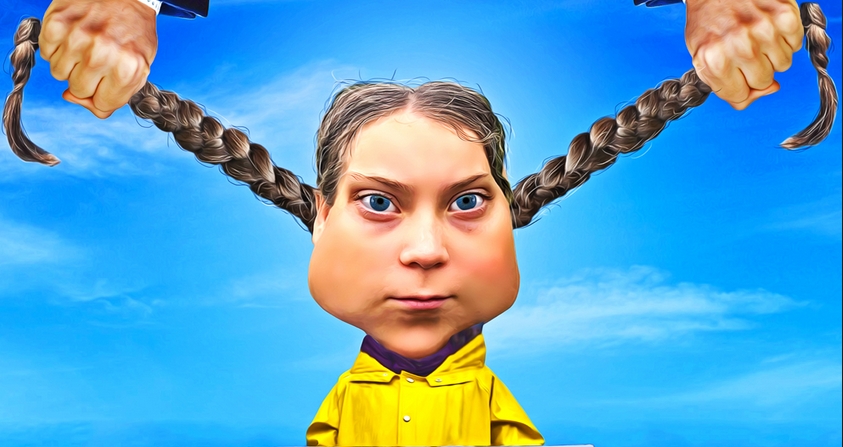 New Study: No Warming at All in Sweden for the Last 200 Years

First we start by noting how Greta Thunberg has been obsessed with the climate of the globe and that of her home Sweden. She claims it is changing dangerously fast and how this is supposedly unprecedented.

But a recent paper shows this is in fact all false, at least in Sweden:

New study: No warming at all in Sweden for the last 200 years. That has some people pulling their hair out.https://t.co/WADquzO4LV pic.twitter.com/ZN7du0yFTF

The authors of the paper found that Sweden’s temperatures in reality have not at all changed over the past 200 years.

Today’s Swedish climate is well within the range of variability. It’s a bit sad how Greta has dedicated her life to fighting for a false cause. What a waste. But she’s young, and hopefully someday she’ll wake up to the hoax and realize she’s being used.

Right now parts of the globe are experiencing an old-fashioned 1960s type of winter, with record snowfalls. More on this at IceAgeNow. Also record snow has fallen in northern Italy.

Next we look at November mean temperatures for Canada and Iceland using Japan Meteorological Agency (JMA) trends for stations with data going back to the 1990s. First Canada:

As the trends show, 5 of the 9 stations show a cooling trend for November, meaning winter is arriving a bit earlier. There’s nothing troubling happening here and certainly nothing to get alarmed about. Greta is all hysterical about nothing.

Global warming doomsday-sayers also like trying to fool people about the climate in Iceland. So let’s look at the JMA data for the stations with sufficient data to see what’s happening there: 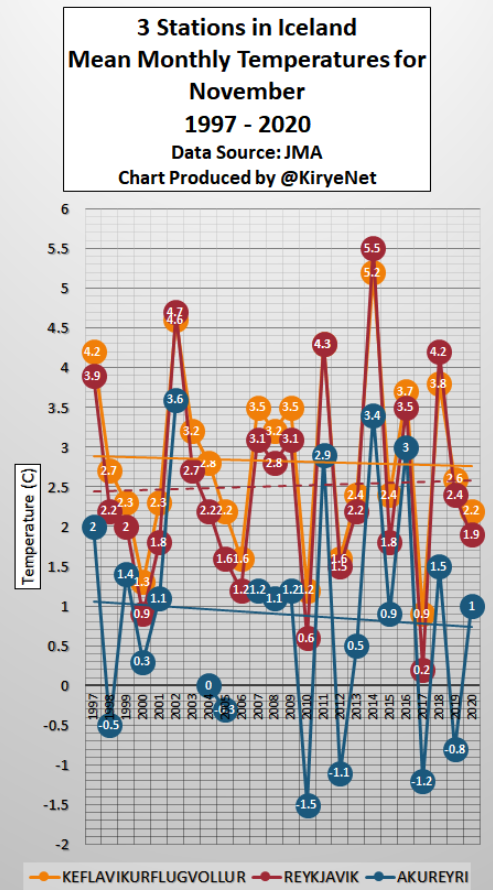 Two of 3 stations in Iceland have been cooling modestly, and one has warmed slightly. Note the wide fluctuations, which likely are in large part dependent on natural Atlantic oceanic cycles.

Iceland summers have cooled since the early Holocene

Now a final note on Iceland and its glaciers.

It turns out that according to sedimentological analyses conducted by authors of the below publication, early summer Holocene temperatures had to have been approximately 3°C warmer than in the late 20th century! 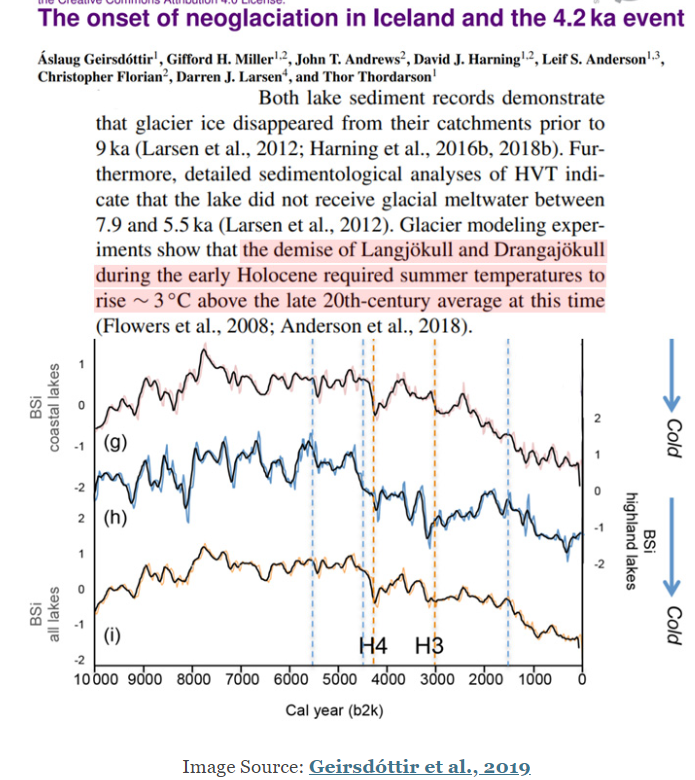 This tells us not to worry at all about the doomsday hollering by Greta and Co.