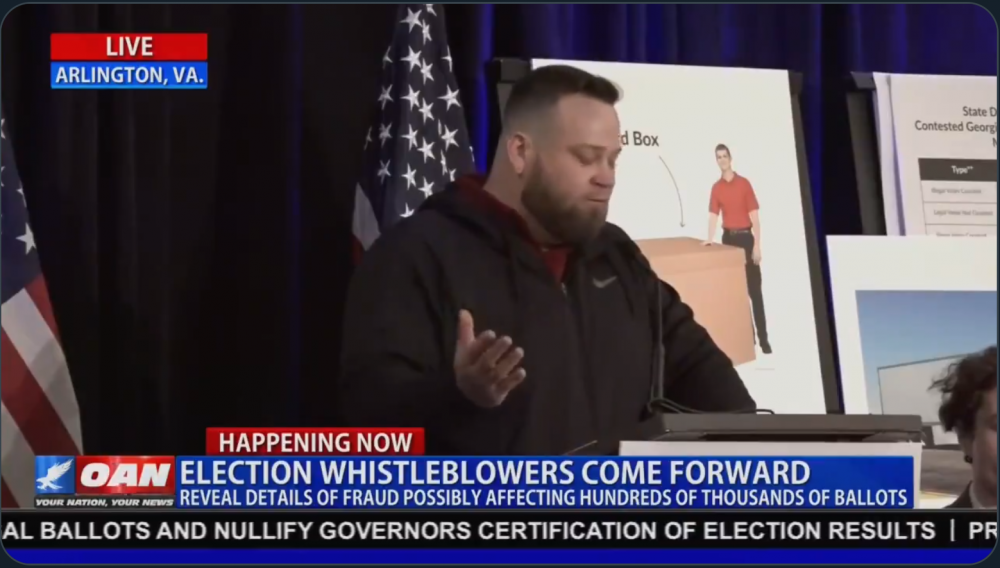 As reported earlier by Cassandra Fairbanks new election fraud whistleblowers came forward on Tuesday, including one who witnessed the shipping of an estimated 144,000-288,000 completed ballots across three state lines on October 21.

The new information was made public at a press conference by the Amistad Project of the Thomas More Society, a national constitutional litigation organization. 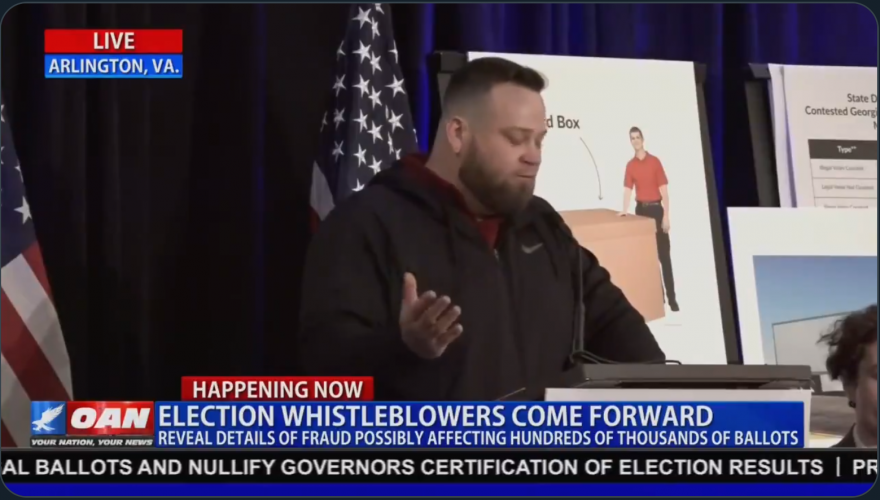 They claim that their evidence reveals multi-state illegal efforts by USPS workers to influence the election in at least three of six swing states.

The whistleblower statements include potentially hundreds of thousands of completed absentee ballots being transported across three state lines, and a trailer filled with ballots disappearing in Pennsylvania.

Attorney Phil Kline said, “130,000 to 280,000 completed ballots for the 2020 general election were shipped from Bethpage, NY, to Lancaster, PA, where those ballots and the trailer in which they were shipped disappeared.”

Truck driver Jesse Morgan was present at the press conference and spoke for 9 minutes about his unbelievable ordeal. Morgan was tasked with delivering completed ballots to Pennsylvania from New York state.

This was explosive testimony.

Jesse Morgan: In total I saw 24 gaylords, or large cardboard containers of ballots, loaded into my trailer. These gaylords contained plastic trays, I call them totes or trays of ballots stacked on top of each other. All the envelopes were the same size. I saw the envelopes had return addresses… They were complete ballots.”

Jesse went on to say that he sat in Harrisburg for hours and when he was told to leave the supervisor at the post office would not give him a slip or an overtime slip so he could get paid. Jesse said the manager-supervisor was “kinda rude.”

Jesse’s testimony today revealed that employees at the United States Post Office were in on the conspiracy to steal the votes.

The video ALREADY has 1 million views!

Jesse Morgan, a truck driver with USPS subcontractor says he was suspicious of his cargo load of 288,000 COMPLETED ballots: “I was driving completed ballots from New York to Pennsylvania. I didn’t know, so I decided to speak up.” pic.twitter.com/YYIiZL1V55

UPDATE from reader Brian: Please pass this info along. I am a professional driver, and all companies have onboard computers in the trucks. They record miles, location, departure, and arrival times. This electronic log book will be a valuable resource to verify any movement of illegal ballots.

Dominion-Trained IT Contractor Blows Up Michigan Hearing: ‘They Were Re-Scanning, Counting Ballots 8 to 10 Times’ Previous post
George Soros’ $1 Billion Pledge to Fight ‘Nationalism’ Proves He Will Continue His Political Battles from Beyond the Grave Next post