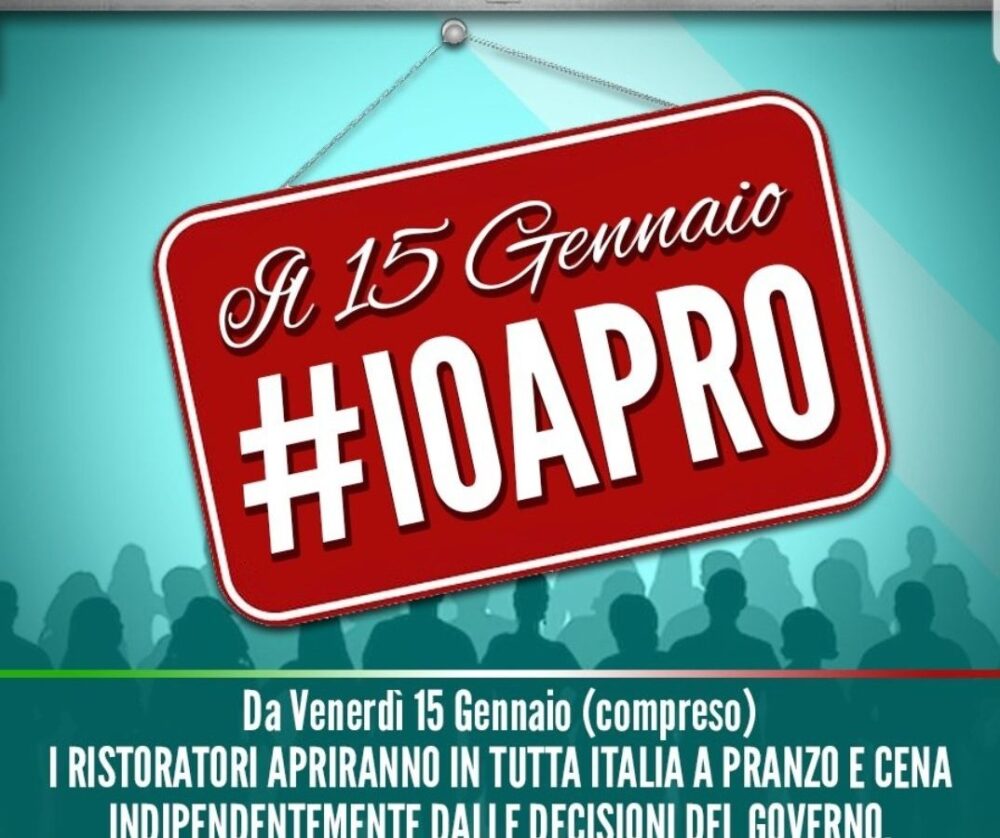 Over 50,000 restaurants are planning to open, an act of mass civil disobedience against “anti-Covid” lockdown measures which have massively hurt the restaurant business, especially small family-owned businesses.

Spreading through social media under the hashtag #IoOpro (“I am opening”), the movement is largest country-wide act of civil disobedience since lockdowns began. 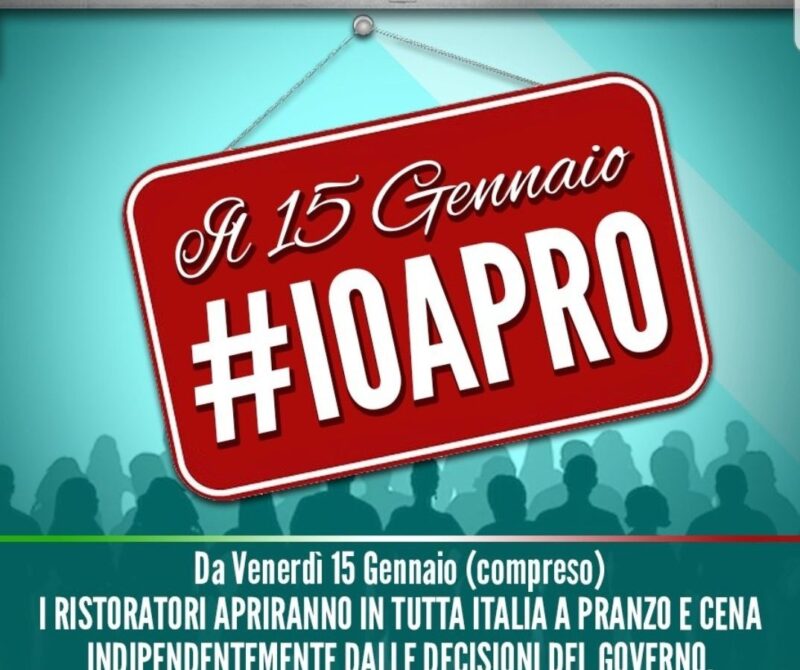 Italian opposition MP Vittorio Sgarbi has backed the movement, saying in an interview:

“Open up, & don’t worry, in the end we will make them eat their fines.”

Italy’s government is already facing internal conflict and crisis, an early election is a possibility.

A similar movement already started in Mexico on January 12th, when hundreds of restaurant owners gathered to protest the lockdowns:

Mexico 🇲🇽 Epic scenes, Over 500 restaurants have joined forces, agreeing to open up together, defying LOCKDOWN. Forced closed since Dec 18, they've stated it's either 'WE OPEN UP OR WE DIE'. Long Live the People 💥👊 pic.twitter.com/PeSQpaGtqb

The “I am Open” protest is spreading across Europe as well, with variants already taking hold in German-speaking Switzerland (#Wirmachenauf) and Poland (#OtwieraMY).

It’s good to be reminded that, no matter how much it looks like the new normal is spreading unopposed, it’s not. People all over the world are resisting where they can. That’s what “Covid Positive” is all about.

To follow the progress of this movement we recommended following Robin Monotti and the It’s Time to Rise accounts on twitter and other platforms.

Dozens of Scientists Reveal Most of the Planet is COLDER TODAY Than Most of Past 8000 Years Previous post
Returning to Slavery: The Great Reset, Tracked & Traced, and a Cashless Society Next post