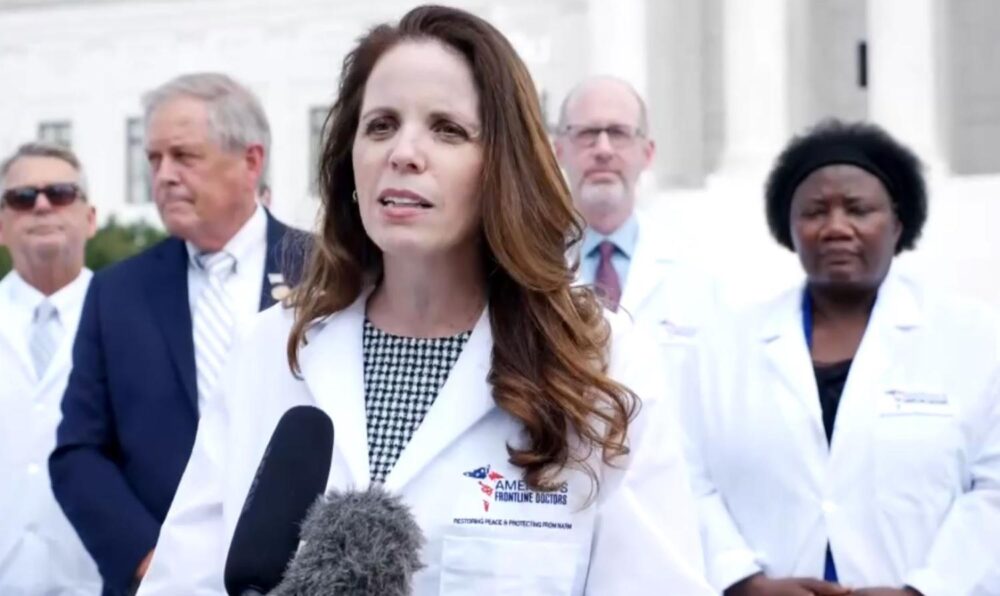 Dr. Simone Gold, Who Advocated Hydroxychloroquine as a Remedy for COVID-19, Arrested in Connection to Capitol ‘Riot’

The left-wing media is having a heyday with the news that America’s Frontline Doctors head Dr. Simone Gold was arrested for having appeared at the United States Capitol on Jan. 6. 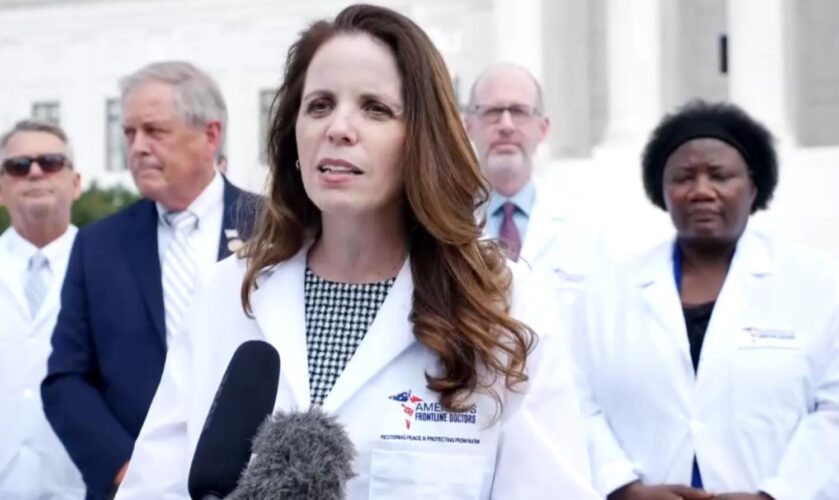 Dr. Gold was present with her megaphone to deliver a speech about the dangers and ineffectiveness of Wuhan coronavirus (COVID-19) jjabs, urging listeners to instead take advantage of safe, effective and inexpensive remedies like hydroxychloroquine (HCQ).

Believing the Capitol to have been open to the public, she says, Dr. Gold, who runs a clinic in Los Angeles, entered the building and stayed neatly within the velvet ropes of the rotunda as she warned those around her not to fall for the Chinese virus jjab hoax.

Because she was merely seen at the so-called “insurrection,” Dr. Gold is being treated like a “domestic terrorist.” Two others who were with her, 52-year-old Gina Bisignano and 37-year-old John Strand, are also facing charges simply because of their presence at Donald Trump’s “Stop the Steal” rally.

Back in the summer, Dr. Gold appeared alongside other doctors at the America’s Frontline Doctors “White Coat Summit” to talk about remedies for the China flu that the medical deep state does not want people knowing about using.

Dr. Gold also published her own “white paper” on HCQ explaining how the generic anti-malaria drug works to treat coronaviruses. You can read the paper at this link.

Trump led his followers right into the trap

Like tens of thousands of others, Dr. Gold was present in Washington, D.C., because Trump told them to be there in support of “freedom.” He promised that the event would be “wild,” and boy was it ever.

Anyone who was spotted at the Capitol on Jan. 6, inside or outside the building, is now being pursued for prosecution, even as Trump and his family sail off into the Florida sunset unscathed.

Many are demanding answers as to why Trump left his followers holding the bag that day, especially since people are losing their jobs and careers due to the spectacle.

The whole thing was a false flag hoax staged by the left, we now know.

2/ To make this clear. CNN was embedded with BLM/Antifa pretending to be Trump supporters videoing them incite a riot. This is freaking huge. If CNN is allowed to maintain its press access anywhere in DC there needs to be a serious overhaul of our entire system.

Innocent, good-hearted people like Dr. Gold and her colleagues were not there to commit any type of violence, and appear to have walked right into the Capitol with CNN‘s Jade Sacker and far-left activist John Sullivan, for whom Capitol police opened up the gates and rolled out the red carpet.

This writer, based on the evidence brought forth thus far, believes Dr. Gold’s claim that she had no idea there was a “siege” taking place. She and others were seen peacefully walking through the Capitol, again staying within the bounds of the velvet ropes, as part of a peaceful protest.

Unlike the Black Lives Matter (BLM) and Antifa riots that destroyed numerous major cities back in the summer, including Washington, D.C., Dr. Gold’s protest was calm and quite frankly protected by the First Amendment, which is now on the chopping block under the new regime.

Dr. Gold and her colleagues need our prayers because they are being unfairly persecuted as part of a wider crackdown on conservative free speech.

They were clearly set up on Jan. 6 to take the fall as part of a deep state plot to usher in a PATRIOT Act 2.0 – and Trump, quite frankly, is responsible and should be ashamed of himself for betraying those who trusted him all these years.