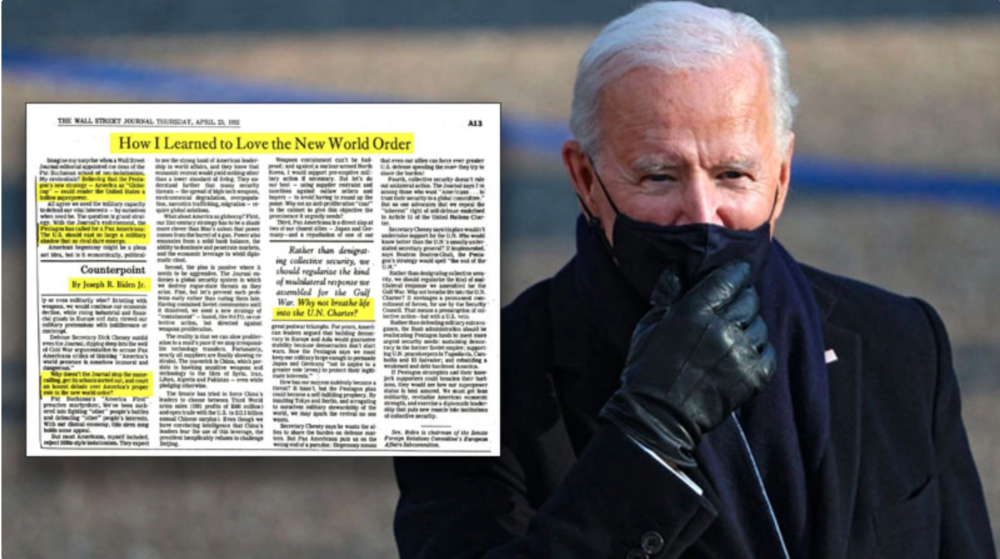 An article penned by Joe Biden in 1992 reveals how long he’s pledged allegiance to the New World Order system. 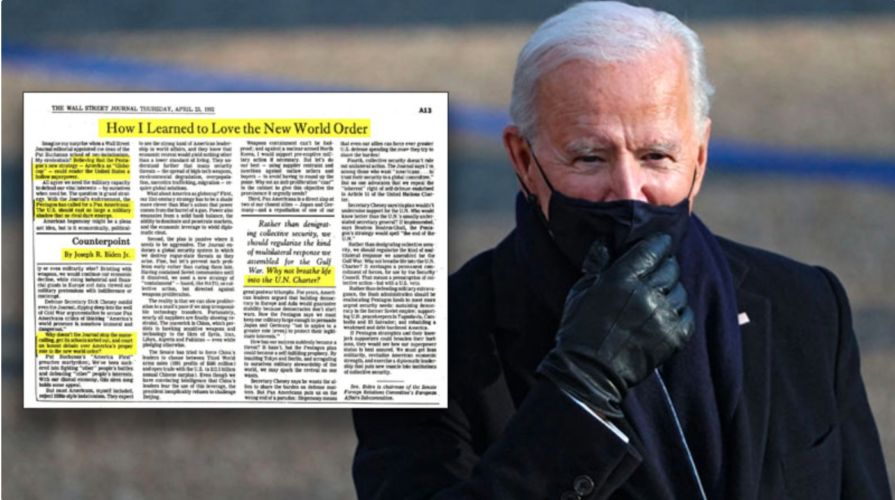 The Wall Street Journal op-ed, titled “How I Learned to Love the New World Order,” Biden, then a Delaware senator, explained his plans to cede America’s sovereignty to the United Nations and establish a one world government by “breathing life into the U.N. Charter.”

“Most Americans, myself included, reject 1930s-style isolationism. They expect to see the strong hand of American leadership in world affairs, and they know that economic retreat would yield nothing other than a lower standard of living,” Biden wrote. 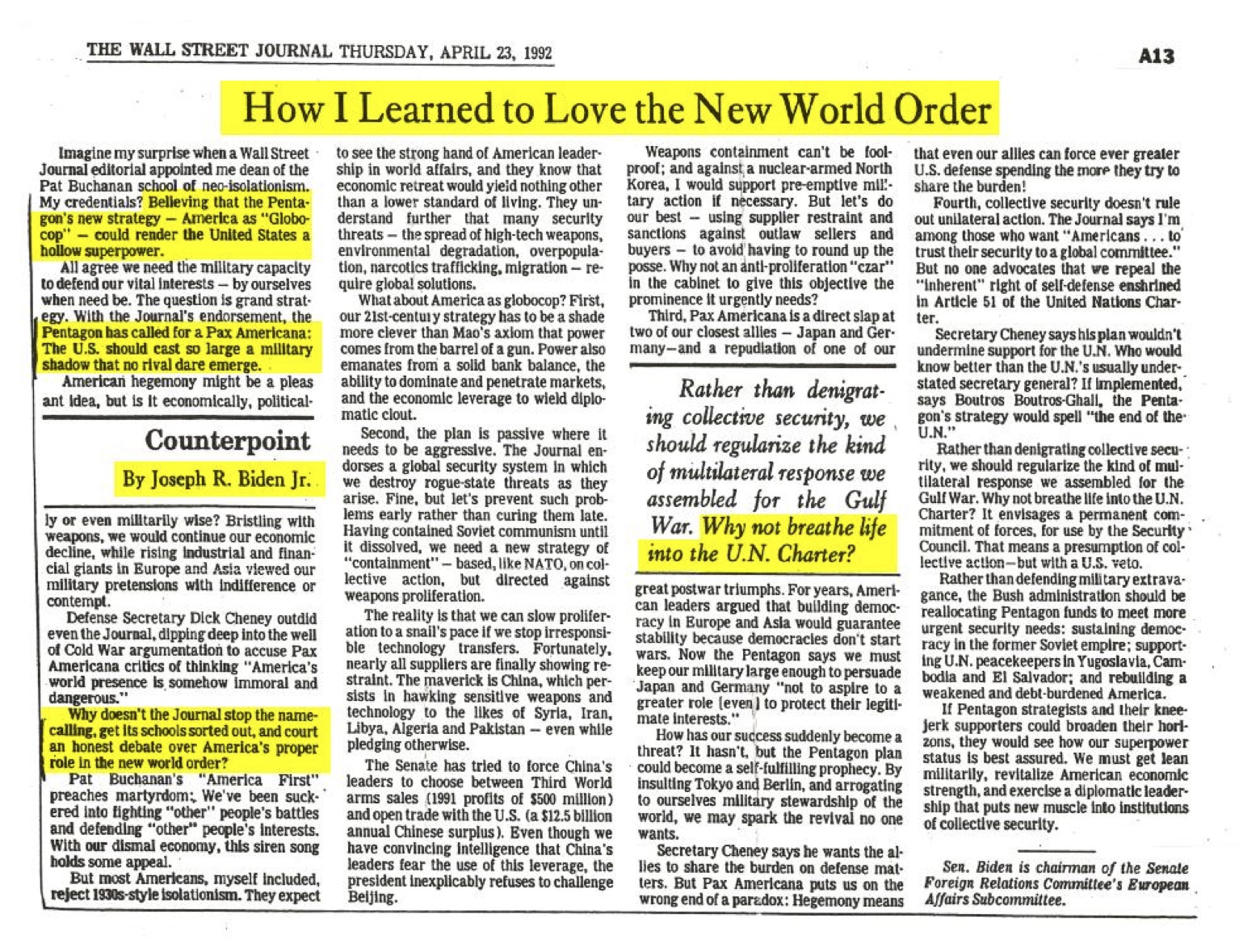 Biden explained that the New World Order is not as prosaic as empires past, preferring to assert its dominance through economic leverage rather than brute force.

“What about America as globocop? First, our 21st-century strategy has to be a shade more clever than Mao’s axiom that power comes from the barrel of a gun,” Biden wrote. “Power also emanates from a solid bank balance, the ability to dominate and penetrate markets, and the economic leverage to wield diplomatic clout.”

Biden’s plan for America has been out in the open for decades: launch endless wars, surrender U.S. sovereignty to the U.N. [and China], and economically crush any nation that resists the globalist takeover.