The experimental injections being rolled out by Moderna and Pfizer are nothing similar to traditional jjabs. These mRNA platforms are an “operating system” designed to program human beings and turn their cells into efficient drug delivery systems.

Moderna is now going public with the real intentions behind the mRNA platform. The mRNA technology platform is similar to a computer operating system, the company admits.

Scientists prepare a unique mRNA sequence that codes for a specific protein. Once injected into humans, this program is carried out in the individual’s body, at the cellular level.

The mRNA platform is where Big Pharma merges with Big Tech, enslaving human beings to a controlling system designed to profit from their cellular and biological functions into the unforeseeable future.

As mRNA platforms go live on human populations, Moderna admits that healthy human immune responses can actually destroy the mRNA sequences before they get into the person’s cells.

The immune system may attack the program and its RNA fragments, leading to negative outcomes that could include molecular deficiencies, hormonal defects, etc..

If the protein folding is disrupted, the proteins may never achieve their desired functionality, leading to partial development of antigens that never confer targeted immunity to coronavirus spike proteins.

The body may turn on its own cells in the process, causing hyper-inflammatory responses and autoimmune issues that are the precursor to organ failure and various disease processes.

The people behind the mRNA experimentation of humans are building psychological justification and scientific precedent to declare human immune systems incapable.

Their first attempt is this: WHO Changes Definition Of ‘Herd Immunity’, Literally Re-Writing Hundreds Of Years Of Scientific Understanding, Just To Push Vaccines

In this way, people will submit their bodies to the latest mRNA programs as they become dependent on the biological software that have been created for them.

This is an open door toward trans-humanism, and millions of people are buying into it.

By casting shame on human immune systems, drug companies have also found the perfect alibi for when their experiments cause injury in humans.

It’s not the injected technology that is causing allergic reactions, seizures, infertility and death, claim the drug companies…

It’s the individual’s human’s immune system that is causing all the pain and misery, they demand.

The drug companies will demand that more carefully crafted mRNA programs and interventions will be needed to “perfect” human beings.

These scientists are attempting to “hack” humans with bio-information and make populations dependent on the technology. Moderna has even dubbed their mRNA platform the ‘Software of Life.’ 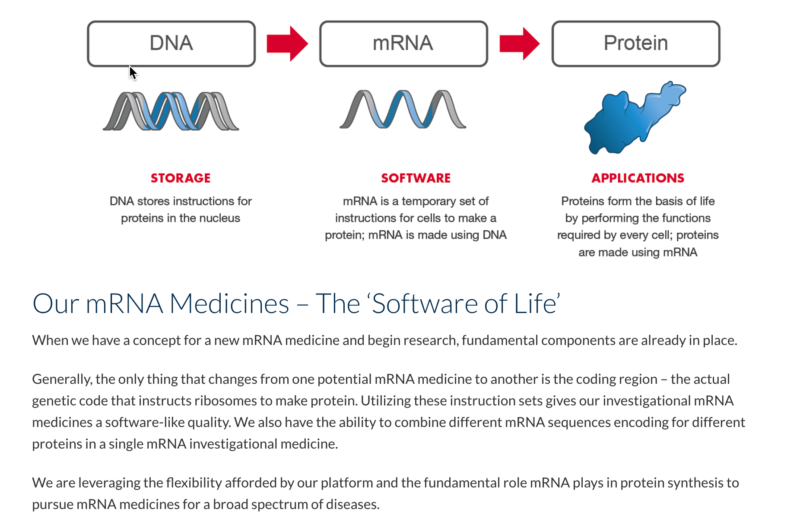 These scientists are looking for ways to help the foreign mRNA avoid immune detection. They are also experimenting with ways to trick the cell’s ribosomes into processing the mRNA as if it was natural.

They are also plotting ways to instruct the human cells to produce the artificial proteins long term.

Watch Dr. Carrie Madej explain how this new jjab platform can change the way we live, who we are, what we are:

Moderna was founded on the success of using modified RNA to reprogram the function of a human stem cell, therefore genetically modifying it.

As these RNA “operating systems” are installed in human bodies, it becomes even more clear that drug companies are looking to genetically modify and own human proteins while controlling biological processes for generations to come.

On both a psychological and physiological level, human beings are being branded like cattle as they submit to these mRNA software programs.

This system is not medicine, nor is it vaccination. This system is complete cellular manipulation, using foreign biological molecules to code, decode, regulate, change the expression of, and alter the physiological instructions within human beings.

FDA Admits PCR Tests Give False Results, Prepares Ground For Biden To 'Crush' Casedemic Previous post
How the Internet of Bodies (IoB) Will Literally Connect You to the Internet Next post