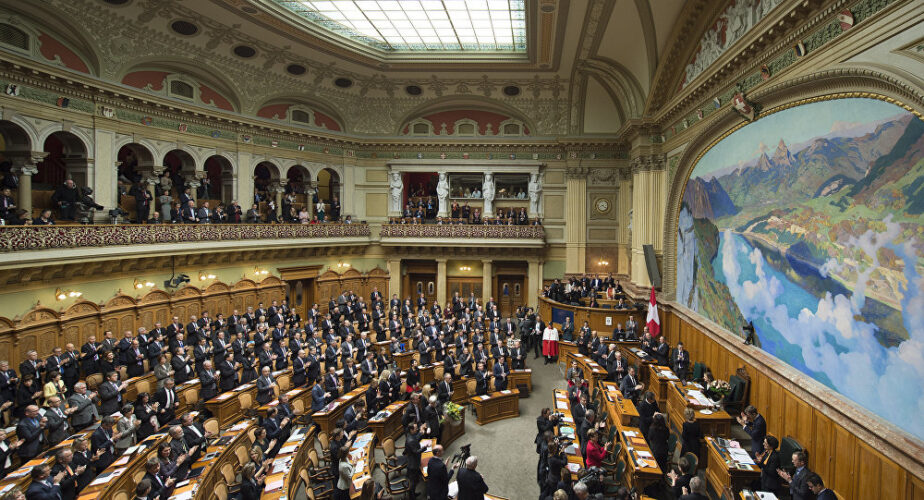 (LifeSiteNews) — Taking advantage of a unique provision in their constitution, campaigners in Switzerland have garnered sufficient signatures to force a national referendum aimed at stripping the government of its powers to impose pandemic-related lockdown measures.

The group Friends of the Constitution solicited 86,000 signatures requiring a nation-wide vote on whether to repeal the government’s 2020 COVID-19 Act, which was passed in September, Business Insider reports.

Switzerland’s constitution provides a recourse to direct democracy whereby citizens may trigger a referendum to overturn laws introduced by parliament if they are able to collect 50,000 signatures in 100 days.

Having well surpassed this requirement, the vote is expected in June.

Last week, the Swiss government announced tightened restrictions with a stated purpose of mitigating the spread of new COVID-19 variants which were first claimed to be discovered in Britain.

They closed shops which sell “non-essential” supplies, limited private gatherings to five people, and ordered companies to instruct employees to work from home where possible, or require staff to wear masks.

They also extended the closure of restaurants, along with cultural and sports sites to the end of February, Reuters reports.

Christoph Pfluger, a board member at Friends of the Constitution, said the group believed the government was “taking advantage of the pandemic to introduce more control and less democracy.”

The group also stated that the COVID-19 Act is “disproportionate” and “demonstrably ineffective,” while others expressed that it gives the government too much power to enforce a “compulsory system with poorly tested jjabs.”

Pfluger said, according to The Local, “The success of the referendum would be a call on the authorities to exercise the utmost caution in the vaccination campaign and even impose a moratorium on it.”

This debate in Switzerland comes in the wake of several studies confirming the disproportionate damage done to individual lives and society as a whole by the implementation of lockdowns.

Newsweek magazine recently covered a peer reviewed Stanford University study which concluded that they could “find no clear, significant beneficial effect” of lockdowns “on case growth in any country.”

Indeed, the study asserted that draconian lockdowns may in fact increase infection rates.

Three professors came to this same conclusion last fall when they wrote:

“If lockdowns really altered the course of this pandemic, then coronavirus case counts should have clearly dropped whenever and wherever lockdowns took place. The effect should have been obvious … To judge from the evidence, the answer is clear: Mandated lockdowns had little effect on the spread of the coronavirus.”

Another report released in November affirms the immeasurable damage inflicted by lockdowns in the areas of mental health, the economy, unemployment, crime and education.

These include a doubling in suicidal thoughts overall with a whopping one-in-four young adults ages 18-24 reporting suicidal ideation in late June.

At that time, 40 percent of American adults said they were struggling with mental health. Anxiety symptoms had tripled, and depression symptoms had quadrupled compared with 2019 rates.

Thirty-nine percent of those in the low-income bracket, living with a household income of $40,000 and less, reported a job loss.

A July study published by the Heritage Foundation found that draconian lockdowns of the type adopted in many American states are less effective at combating COVID-19 than strategies more narrowly targeted at those most in danger.

With an understanding that “vulnerability to death from COVID-19 is more than a thousand-fold higher in the old and infirm than the young,” and that “[a]s immunity builds in the population, the risk of infection to all — including the vulnerable — falls” as each population moves toward herd immunity, tens of thousands of medical and public health scientists, and medical practitioners advocate for this more narrowly targeted approach they call “Focused Protection.”

This assessment presented in The Great Barrington Declaration adopts as a central aim protection of the vulnerable, while those who do not fit into this category should “immediately be allowed to resume life as normal.”

According to their professional judgement, this is “[t]he most compassionate approach that balances the risks and benefits of reaching herd immunity,” and thus protection of the entire population from the evil effects of the virus, and draconian lockdown measures.

As Switzerland moves forward on this referendum, they do so as one of the oldest democracies in the world with a constitution emphasizing individual freedom, as it pledges to “protect the liberty and rights of the people.”

With its direct democracy provision, Switzerland holds multiple referendums every year on all sorts of topics.

Last March, however, as they approached their “Brexit moment” with a national vote aimed at lessening the nation’s relationship with the European Union, the government canceled the vote and suspended campaigns for other referendums due to pandemic mitigation measures.

As Reuters concluded at the time, “the country’s tradition of direct democracy fell victim to the outbreak.”