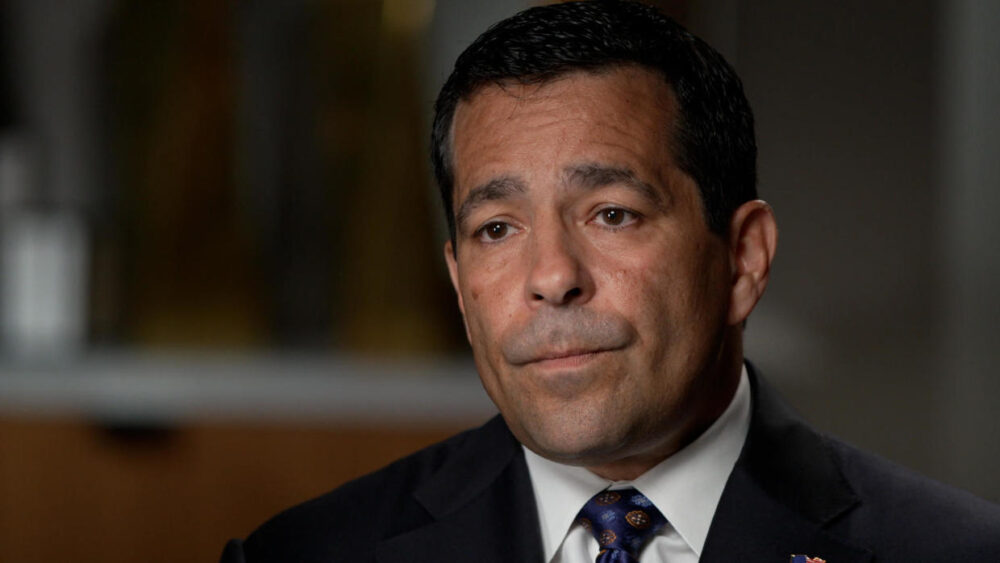 United States intelligence officials have revealed that mass testing for the Wuhan coronavirus (COVID-19) has nothing to do with saving lives, and everything to do with allowing communist China to covertly harvest the DNA of Americans. 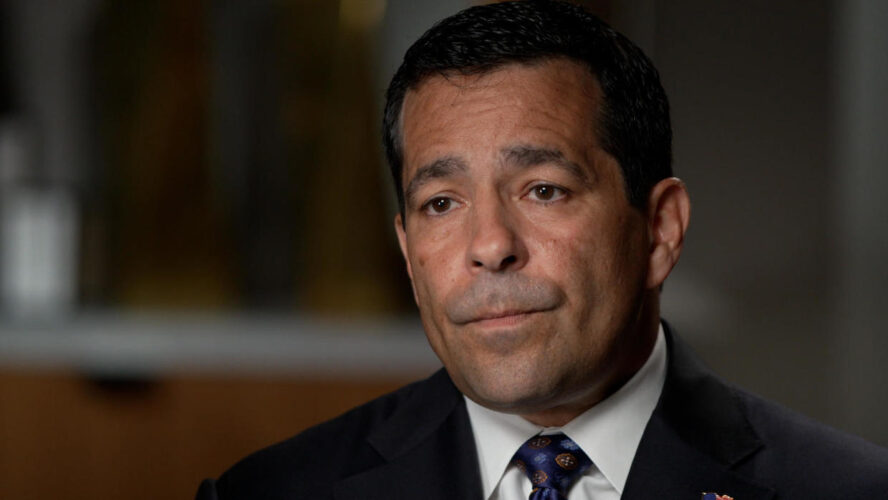 Bill Evanina, a veteran of both the FBI and CIA, was until recently the top counterintelligence official in the U.S. / Source: CBS News

A CBS News report explains that the BGI Group, which is based out of China, runs Wuhan coronavirus (COVID-19) testing labs all across the country. It also just so happens to be the largest biotechnology company in the world.

Evanina believes that communist China is trying to collect Americans’ DNA in a race to control the world’s biodata.

Like with most other things, the Chicoms are threatened by all competition and seek to squelch it through anti-competitive, also known as communist, behavior.

A veteran of the CIA and FBI, Evanina told CBS that he believes the CCP is racing to gain an edge on medical advancements before the United States or any other country has the chance to catch up and outpace it.

“This shows the nefarious mindset of the Communist Party of China, to take advantage of a worldwide crisis like COVID,” Evanina is quoted as saying, adding that he thinks Chinese companies are actively investing in U.S.-based biotech companies to further the country’s efforts to attain all human DNA. 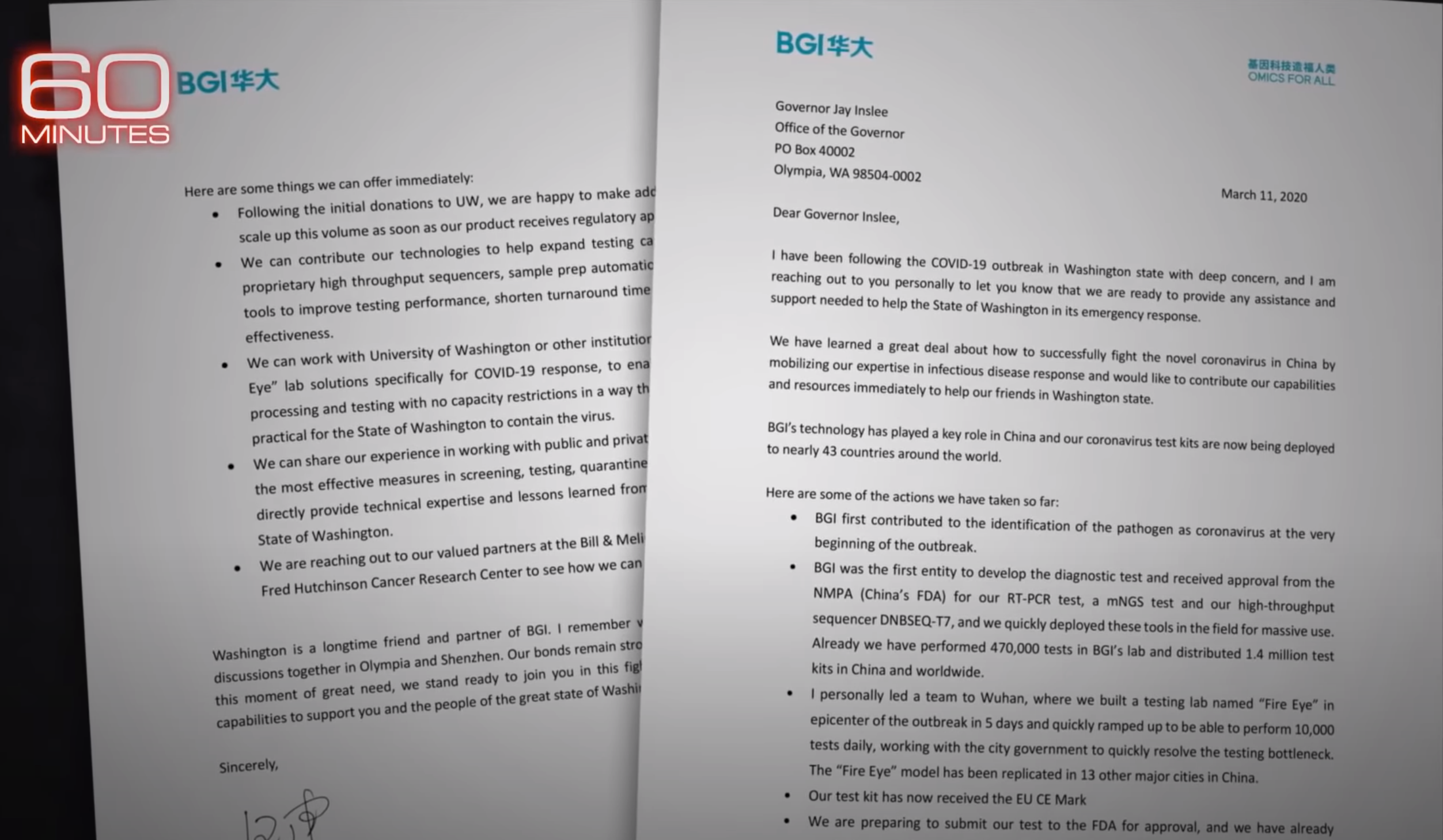 Evanina also warns that all of these ancestry companies that have been popping up in recent years could be involved as well.

Under the guise of informing a person about his or her heritage, these companies could be indiscriminately sending DNA samples to Chinese companies that are using it for other purposes.

The military has already sent a warning to service members telling them not to use any direct-to-consumer genealogy companies due to similar concerns about how that DNA is potentially being used overseas.

“These genetic tests are largely unregulated and could expose personal and genetic information,” the warning states. “Outside parties are exploiting the use of genetic data.”

If the plandemic persists, communist China will control the global health care system

Fortunately, Evanina has been successful at preventing some states from forming partnerships with the BGI Group.

He and his cohorts put out an advisory not just for Americans but for every hospital, association and clinic that performs Chinese virus testing explaining the potential risk involved.

“Knowing that BGI is a Chinese company, do we understand where that data’s going?” the advisory reads.

Another major concern is that communist China will use human DNA to eventually gain total control over health care.

If future medical technology is able to determine people’s health risks based on a DNA assessment, then China could use this information to create a worldwide monopoly over therapies and drug treatments.

“From a long-term existential cost to our nation, do we want to do that?” he asks. “Do we want to have another nation systematically eliminate our health care services? That’s what’s happening.”

On a smaller scale, the U.S. is already almost entirely dependent on communist China to procure personal protective equipment, or PPE.

This includes those plastic-woven blue face masks handed out at the big-box stores, as well as gowns and of course testing kits.

Edward You, a former biochemist turned supervisory special agent within the FBI, warns of a potential future where communist China controls everything related to health care, from the drugs people take to the doctors they see. 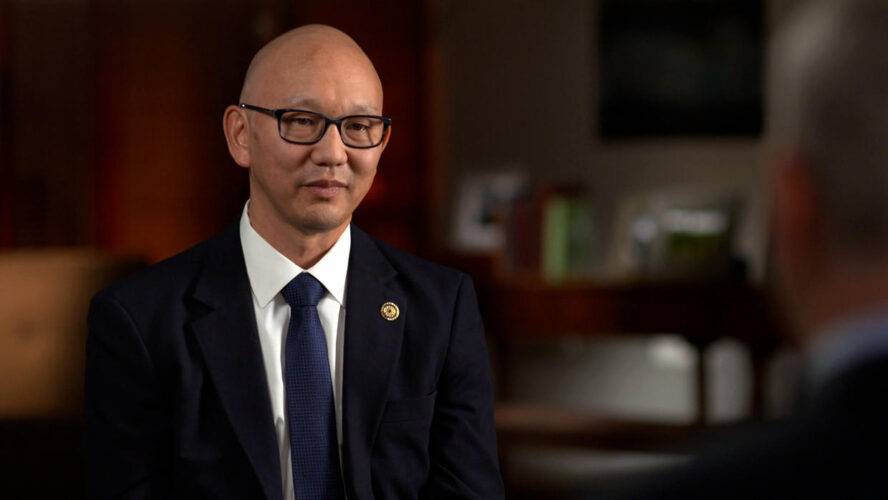 “What happens if we realize that all of our future drugs, our future jjabs … are all completely dependent upon a foreign source?” he asks.

“If we don’t wake up, we’ll realize one day we’ve just become health care crack addicts and someone like China has become our pusher.”

Reporter Jon Wertheim reached out to the nation’s largest genealogy firms to get their input about how DNA test data is used.

Ann Wojcicki, CEO of 23&Me, responded with an admission that, yes, it is being used by Big Pharma to develop more patented drugs.

“What we have done is we have empowered individuals with this opportunity to come together, to crowd source research,” is how she branded it to sound less draconian.

“And I absolutely stand behind: we are going to develop drugs so that everyone is actually benefitting from the human genome. So absolutely the data is valuable.”

As for China’s involvement with the process, Wojcicki paid lip service to the idea that we need to be “super vigilant” in protecting “you know … any kind of data” from being collected and used by the Chicoms for their own interests.

“But the issue is more that China is putting billions of dollars into their own genetic programs and we are not,” she added.

The COVID Cult and the 10 Stages of Genocide Previous post
Scientists Warn COVID is Reducing Fertility: Sperm Concentration Reduced by 516%, Mobility by 209% and Cell Shape Altered by 400% Next post