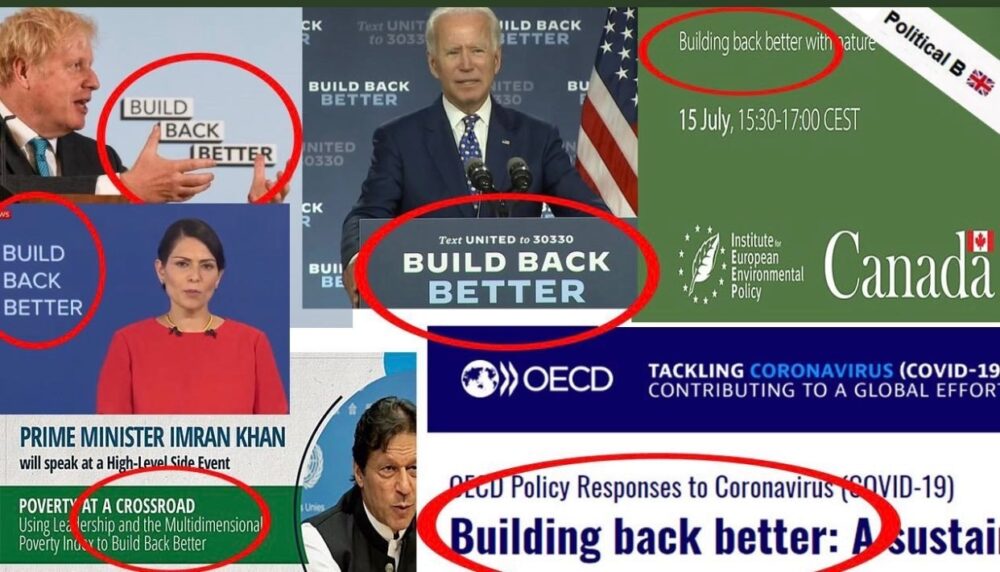 Build Back Better and the Great Reset: A Respectable ‘Conspiracy’

Yes, the Great Reset is real. 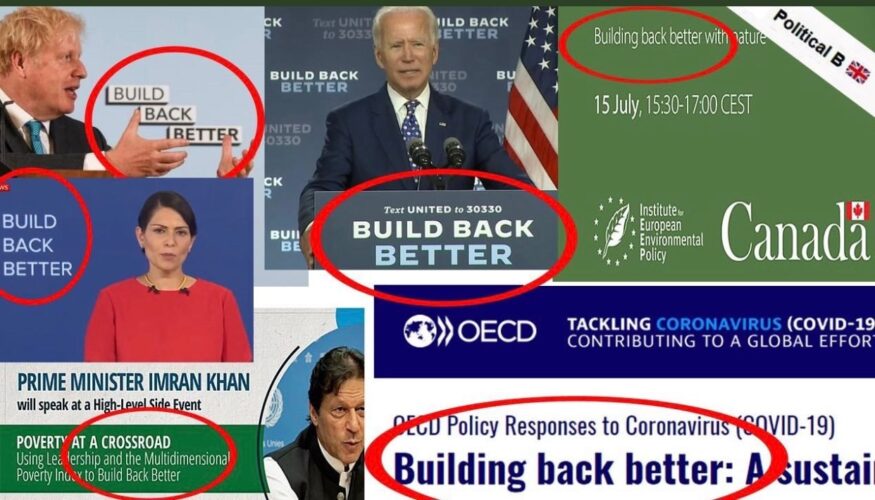 With that, I want to address a very important point that often comes up in conversations.

Is it truly possible that there is a conspiracy that vast and that insane?

I am glad you asked!

Let’s talk about what a conspiracy is. A conspiracy is an agreement between two or more individuals to work together toward a shared goal, without disclosing it — or its known or possible implications — to those outside the group. In that sense, our entire history is a collection of conspiracies.

By the way, we shouldn’t underestimate of the role of subjectivity and emotions in human history. After all, didn’t it all start with fighting over mates?

Yes, emotions often go hand in hand with economic gain— but ultimately, even the insane desire to own the entire world is driven by emotion, since after a certain point of financial saturation, no amount of material possessions can change a person’s life.

Thus, once somebody is well-fed and financially secure a million times over, the desire to have more turns into a psychosis—which I believe is what we are dealing with today—psychosis on the highest level, plus a very sophisticated machine of manufacturing consent.

In the olden days, kings and aristocracy worried less about the opinions of the peasants. They did just as they pleased — and conspired primarily amongst themselves, poisoning each other left and right.

Today’s culture prescribes a need to “manufacture consent” — although, after just a few decades of relative peasant prosperity and freedom — we are getting dangerously close to the olden days.

Thus, the project of “manufacturing consent” has been around for about a hundred years, notably starting with the legacy of Edward Bernays, the father of “public relations.”

The very fact that the public relations industry exists shows that “conspiracies” exist as well. If that were not the case, all communication would be pure.

One person would simply come to another and say, “Hey, here is what I think, and here is what I want. How do you feel about that?” And they would talk, and decide on a fair resolution. Clearly, this scenario happens almost never, so…

Psychologically, we are used to accepting certain conspiracies as “normal” and viewing other ones as totally insane.

For example, we know not to believe commercials on TV — and we don’t get all that surprised when a particular product suddenly turns out to be bad for us.

We expect brands — and politicians — to exaggerate the usefulness of their products and ideas and to downplay the harms. We all know about Big Tobacco.

Many of us know about Teflon, sugar vs. fat, glyphosate, asbestos, and DDT—which were at some point marketed to us as “safe” and “beneficial.”

We have no problem accepting that kind of a corporate conspiracy. We are also eager to believe that a foreign country could be potentially seeking our demise.

Where the mind stumbles in disbelief is the kind of “domestic” conspiracy whose plot puts us, proud Western citizens, in a position of pests who occupy or contaminate a coveted resource.

We don’t like the conspiracies in which we are viewed in the same way a foreign invader views a local population or in a way the European settlers viewed the indigenous. The Western culture has trained us to believe that we are important, and that our politicians don’t dare disrespect our basic rights.

A hostile foreign power, maybe — but not our (somewhat) trusted leaders! We’re thinking, yeah, everyone is trying to pull the blanket toward themselves — but there are certain things that just don’t happen!

Well, I hate to say it, but it looks like there are no more rules — at least unless we vocally object. We are ordered around like it’s a symbolic North Korea, and the leaders seem to look the other way when it comes to very obvious violations of logic, common sense, and scientific truths.

By now, everybody with even a minimal amount of curiosity is aware of major data discrepancies where anybody who passes away with a positive test is reported as a “COVID death,” and where “excess mortality” that’s happening largely — I am sure there are exceptions but largely — due to poor healthcare and a crumbling economy is ascribed to the pandemic.

Even more outrageously, the leaders are blatantly ignoring the critically important fact that “cases, cases, cases” are based on faulty tests — which should in any normal world invalidate the entire narrative since without working tests, it’s impossible to draw any meaningful conclusions about the pandemic.

One really has to do a lot of massaging of the physical reality in order to fit this mess into a politically correct explanation.

So, there has to be an international agenda — and it just so happens that all major Western leaders are suddenly singing in sweet unison about the Great Reset. They are!

For example, check out Trudeau talking about a coordinated global effort to “build back better,” about revamping the entire economic systems, and about adhering to the notorious 2030 Agenda for Sustainable Development (this is a full version of the soundbite that’s going around on Twitter).

And you know what, in a normal world, I would totally dismiss it as usual sweet-sounding political BS that all politicians do all day.

But look around! Is the world remotely normal?

By the way, if you haven’t yet researched where “Building Back Better” comes from, you owe it to yourself to do it. Also, I highly recommend you don’t take my word for it and spend some time on World Economic Forum’s website.

Watch a plethora of world leaders discussing the Great Reset HERE (and scroll for video).

Now, for comparison, let’s look at a common scenario from the olden days.

Let’s say, there is a small feudal nation state where suddenly, the ruler starts telling his citizens to convert to a new religion and completely change their way of life — because, perhaps, said ruler gets some personal perks from a stronger foreign power that is considered more “advanced” at that junction of history — and whose leaders have indicated that if our small nation state adopts a new “religion,” the ruler will be allowed to participate in the “Big Boys’ League.”

Or maybe the ruler simply subjectively, sincerely believes that the new way of life is better — and is happy to unleash the soldiers on the people who resist the new “respectability.” This plot has happened many times in history.

What we are dealing with today is similar, I think — except the “foreign power” is a small club of wealthy, crazy megalomaniacs, technologists, and transhumanists who hate biology and who are playing God — and the “locals,” the “peasants,” the “new indigenous” are us.

And these clowns? They even look like cartoon villains — as if they’re trolling us.

Who is behind this mess? I don’t think we’ll ever know the names and the addresses.

It’s probably the usual power players, the richest people of the world who look at us — and all they see is ants. And frankly, I don’t care who exactly is orchestrating this campaign. I just want the insanity to stop — and I think that it won’t stop unless we unite across political beliefs and creeds and rise up for our spirits and against this new attack on nature.

I’ll end with this.