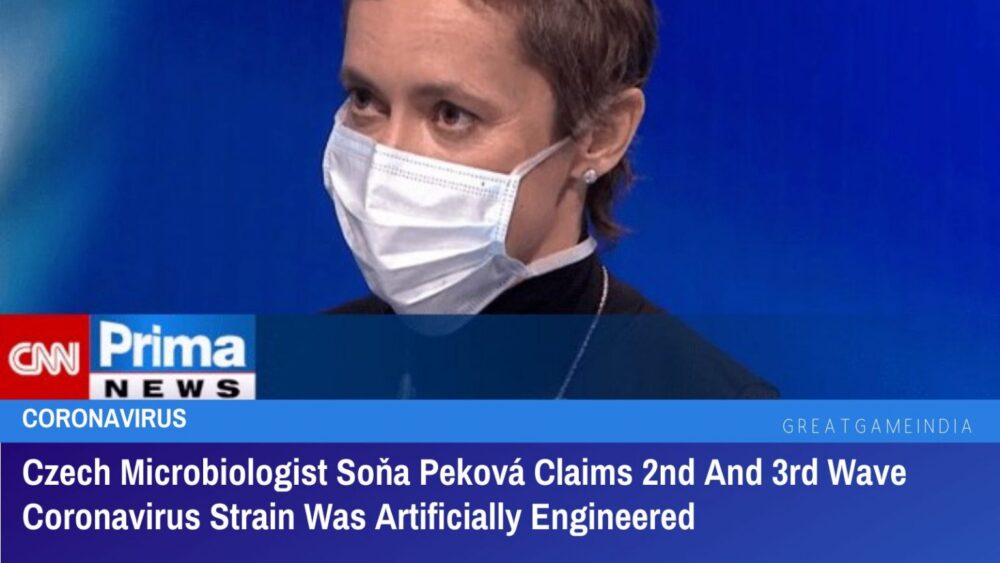 Czech Microbiologist Soňa Peková has claimed in an interview that the coronavirus strain which caused the 2nd and the 3rd wave was artificially engineered.

According to her, the COVID-19 jjab may not work for the British coronavirus mutation, and that it is not certain what the jjab will do in five to ten years. She also admitted that she would not be vaccinated. 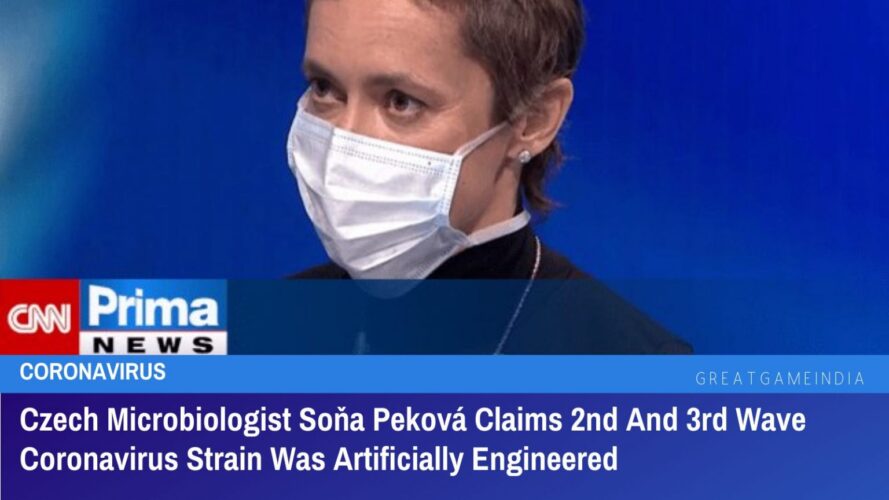 The Czech microbiologist Soňa Peková said in an interview for Reflex and reported by the Czech edition of CNN:

“I don’t think the jjab may work. It was developed against something that no longer exists here. Some say that his jjab will work for the British tribe, but I dare to doubt it.”

“This is mainly based on how many significant mutations this British strain carries and how much heterogeneity (sequence diversity) exists between strains. Vaccines that already exist may have a problem with the strains that are currently circulating here.”

She understands that pharmaceutical companies are bleeding a lot and need a return investment. She also said that there is not enough experience in medicine with genetically modified jjabs in such a revolutionary design as coronavirus jjabs.

“We do not know their long-term safety profile. I would not be afraid of so many immediate effects, but those that can occur in five to ten years. If someone is thirty, it can be a risk. I won’t get vaccinated, “said the microbiologist.

According to her, what has circulated and is circulating in autumn and winter are other strains, other viruses that are not descendants of the spring (virus).

According to her, each wave was caused by a different, new virus and have nothing to do with the spring (virus), which has disappeared. And the British mutation is already the fourth strain in a row.

“The spring virus was the first, the second in September, the third in December and the new one, the British, is the fourth. I would almost exaggerate to say that it was SARS-CoV-2 in the spring, SARS-CoV-3 in September, and SARS-CoV-4 in December until now.”

“And the British mutation should be called SARS-CoV-5. Each wave behaves clinically a little differently, the virus has a different genome, a different program, according to which it is written, “Peková specified.

“If the second or third wave came from the first, we would see the mutations that the virus picked up over time in the viruses of the second and third waves. But this is not the case. I have no idea where they came from,” Peková said.

“But it’s something else. And I don’t know where the cave they are flying from is, “the microbiologist pointed out, adding that the viruses are artificially modified according to her.

“My message has not changed since the spring: Find the cave from which it flies, close it, close its employees and its management. Many say we should prepare for another pandemic. My God, by no means. This must not set a precedent, “Peková said in an interview.

At the same time, she added that the virus does not behave at all the way natural isolates behave.

“It goes beyond everything we’ve ever seen. It’s from a bat and it’s modified to infect humans,” Peková said.

“Let’s just be vigilant, let’s continue to test and objectify what exactly is happening at a given moment,” the microbiologist emphasized.

As reported by GreatGameIndia last year, Chinese officials deleted 300 studies of Batwoman Shi Zhengli from the top secret Wuhan lab linked to the origins of COVID-19. Details of more than 300 studies, including many investigating diseases that pass from animals to humans are no longer available.

The video, which was broadcast in November, 2015, showed how Chinese scientists were conducting biological experiments on a SARS connected virus believed to be Coronavirus, derived from bats and mice, asking whether it was worth the risk in order to be able to modify the virus for compatibility with human organisms.

The person who covered-up this biological experiments and orchestrated the myth of the natural origin of COVID-19 is Peter Daszak.

Emails obtained by U.S. Right to Know show that a statement in The Lancet authored by 27 prominent public health scientists condemning “conspiracy theories suggesting that COVID-19 does not have a natural origin” was organized by employees of EcoHealth Alliance.

In COVID-19 Files – the scientific investigation on the mysterious origin of Coronavirus we explore the sources of New Coronavirus from five major areas, including epidemiological investigation, virus gene comparison, cross-species infection research, key “intermediate hosts” and the findings on the Wuhan P4 lab, to provide readers with a deep and completely scientific perspective.