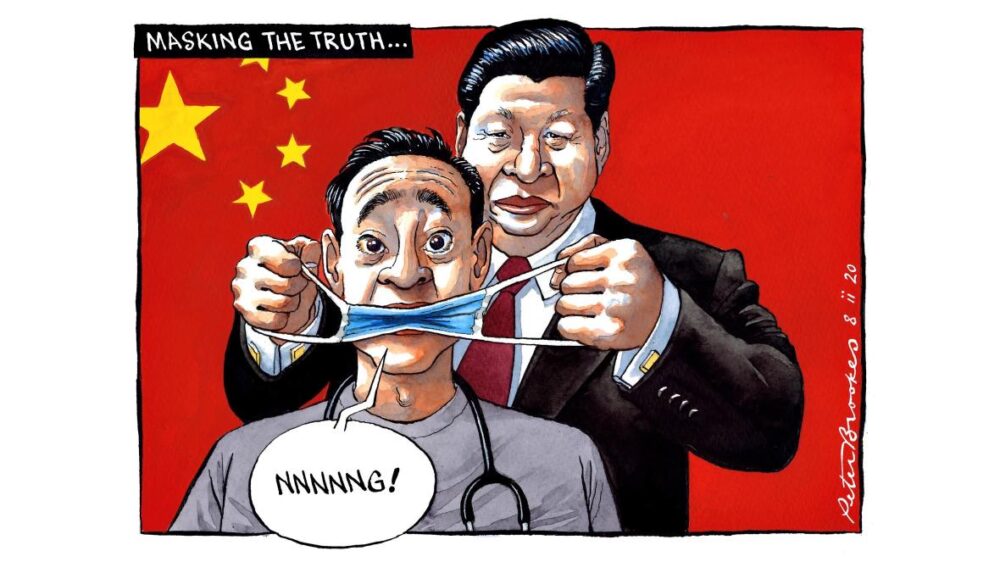 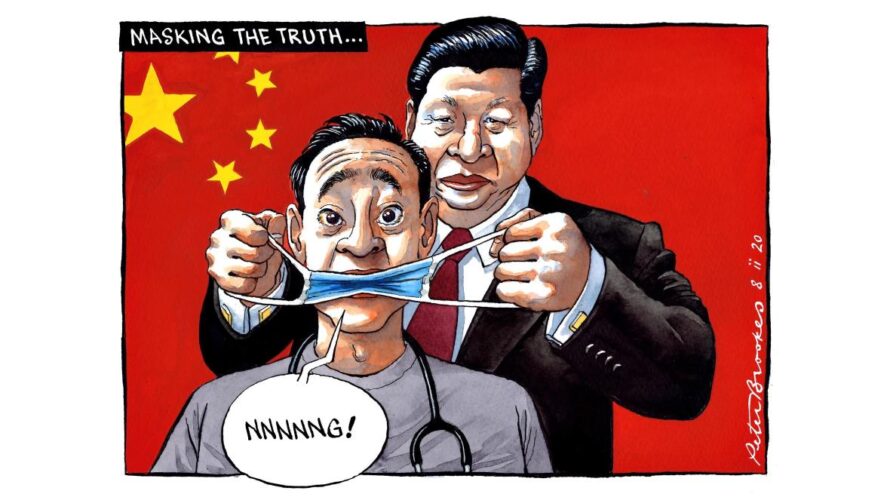 “If you tell a lie big enough and keep repeating it, people will eventually come to believe it. The lie can be maintained only for such time as the State can shield the people from the political, economic and/or military consequences of the lie. It thus becomes vitally important for the State to use all of its powers to repress dissent, for the truth is the mortal enemy of the lie, and thus by extension, the truth is the greatest enemy of the State.” — Joseph Goebbels

Receipe for effective lying that will then be percieved as truth:

1. Big lie
2. Simple lie: made up of only few points
3. Persuasive lie: easier with people who lack knowledge and wisdom
4. Let them get fully immersed in the ideas
5. Repeat the lies
6. Perpetrate the lies over long periods of time
7. Make people attracted to your lies.

“It would not be impossible to prove with sufficient repetition and a psychological understanding of the people concerned that a square is in fact a circle. They are mere words, and words can be molded until they clothe ideas and disguise.” — Joseph Goebbels (Ref.) 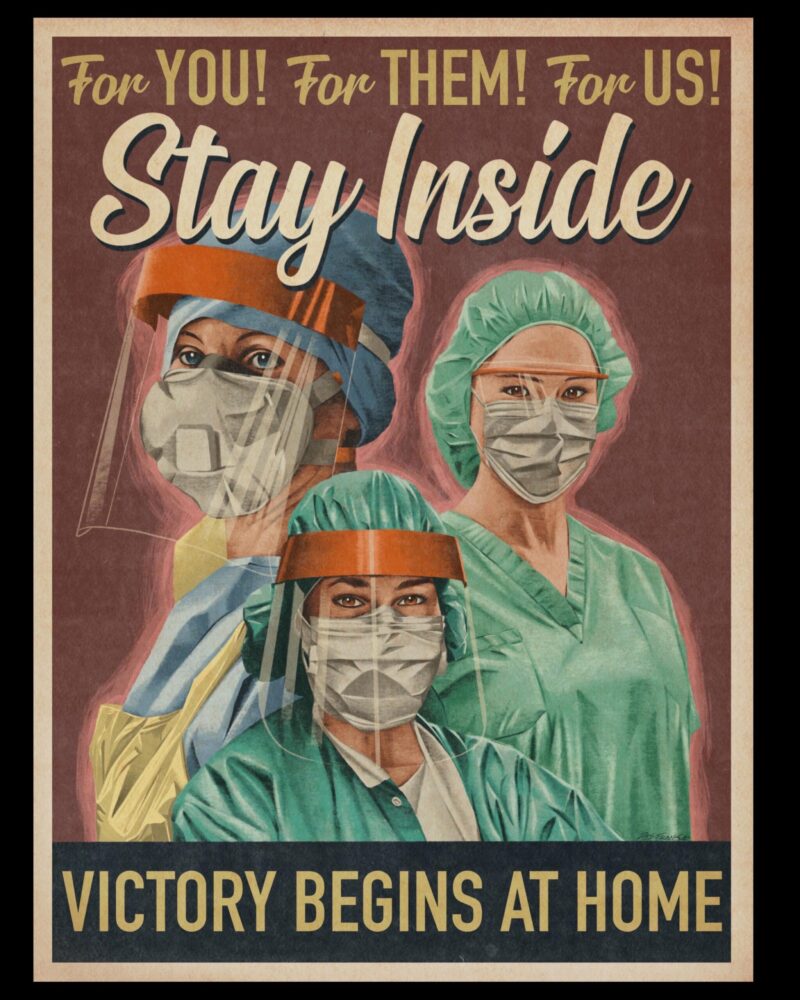 The greater the fear and hysteria, the greater the number of stressed up hypochondriacs who would immediately present themselves to be tested for Covid-19 using the nasty and harmful swabs and the RT-PCR protocol (Ritual).

The greater the number of people who take the tests the higher the chances of them needing to undergo further testing in order to confirm or dispute the existing test results.

The more you get tested in the future, the greater the chance of being found positive.

This is the technique of psychological projection which shifts the blame and dumps the shame on the recipients of abuse.

The greater the number of people who receive the mandated jjabs, the greater the possibility of a greater number of positive test results for a variety of present and future “diagnostic tests” under the pretext of having caught either the variants of an existing virus or the new microbes.

The greater the number of vaccinated people yielding positive test results for new viruses, the greater the possibility of force being exerted on them by authorities to have further tests and more vaccinations in future with an endless supply of different jjabs for different fabricated pandemic microbes. These policies are perfectly aligned with the paternalisitc and totalitarian approaches to “public health”.

The greater the number of people who might fall ill or who might die from jjabs, the greater the chances that the purveyors of lies and deceit will try to brainwash us to think that those jjab-caused diseases and deaths were caused by the mutated strains of an existing virus or even a whole new catalogue of illusory microbes.

Those still alive would be persuaded or mandated into receiving further inoculations so as to protect themselves and others from harm.

The greater the number of people who get tested, traced, vaccinated and treated the more money would be made by the few who make up the corrupt cabal.

The greater the number of people whose various bodily orifices are adulterated with the very odd and long swabs, the greater the number of people who might end up being loaded with nanobots (smart dust), heavy metals, synthetic fibres, jjabs and perhaps Technetium – 99 m (Tc-99 m), a radioactive isotope of a transition metal element that could infiltrate tissues and start binding to our DNA, RNA and red blood cells, etc.
The greater the number of people whose bodies have been battered and invaded by the long swabs and loaded with the nanobots, heavy metals, synthetic fibres, jjabs and Technetium – 99 m; the greater the probability of symptoms, future diseases and unexplained deaths.
The greater the number of times the same person gets tested, the greater the extent of loading of their bodies with toxic and harmful agents- whether through nasopharyngeal swabs, oropharyngeal swabs, rectal swabs or via vaccinations- and the sicker they would become.That is just for the starters before having the next schedule of tests and jjabs.
Some of the consequences of nasal swab testing include fracture of the swab in the nasal cavity, nasal bleeding, perforation of cribriform plate, release of cerebrospinal fluid (CSF) from the brain into the nose, introduction of bacteria into the brain and CSF, tissue necrosis, meningitis, encephalitis, sinusitis, headaches, rhinitis, dry coughs and the greater the chances of being manipulated and/or terminated through the interaction and interplay between nanoparticles in the jjabs, nanobots, nanoparticles and synthetic (metal-incorporating) fibres in the swabs and 5G microwave weapons via mobile phones, bluetooth earbuds and health monitoring watches.
Transhumanist patents for various tachnologies that use cloud computing were registered many 4 years ago in order to try to achieve world domination and control through techno-communism.
All of the above-mentioned elements interact with our bodies and potentially with each other as a closed loop system to impose hierarchical surveillance, subjugation and chronic, permanent, progressive and insurmountable health issues.

“Democracy is like having two wolves and a lamb voting on what to have for dinner.” — Benjamin Franklin (or an unkown contributor)

An endless supply of customers and an exponential increase in the amount of money to be made.

This Mary Go Round is a viscious circle and is called a positive feedback regulatory control loop that feeds on itself endlessly.

In my opinion, each and every shot of any given jjab would be seeding and priming our immunities with a cocktail of nasty foreign chemicals that have been purposefully designed not only to maim and kill us but to also perhaps, create further positive test results each time one is tested.

Once you allow entry of foreign DNA/RNA into your body, you would be interpreted as a hybrid, a mosaic made up of human and machine elements.

Billy Boy and his cohorts have patented their jjabs, their Covid-19 detection equipment and instruments and their “Digital ID” inventions.

They might perceive all those who have compliantly accepted their nano-chips as their artificial intelligence slaves to be manipulated, surveilled and perhaps terminated.

The incidence and prevalence of the alleged present disease or future pandemic diseases( epidemiology) in terms of their infection rates, death rates, and transmission rates could be fabricated to follow different desired, pre-ordained trends that would only suit the perpetrators of such crimes against humanity.

All this is probably the biggest scam on earth ever, in my view.

We all feel the gradual and constant tightening of the noose around our necks.

How do French chefs cook their frogs?

They supposedly place the poor frog in a pot of cold water and slowly simmer the contents. The unfortunate frog is unable to sense the impending doom as water temperature is turned up slowly, incrementally and only imperceptably in order to minimise intolerance and sensitivity. Any thought of an innate, reflex, survival behaviour (reaction and opposition) towards the horrific acts being perpetrated against it would thus be annulled.

Those incapable of independent and critical analysis, those of us who are easily manipulated, inculcated and steered in a certain direction are those who might also believe in the dark pseudosciences of herd mentality and herd immunity; theories which only serve to inevitably hypnotise people into acting as a cohesive, mesmerised unit of mind-controlled slaves, all lining up and following the footsteps and the directives of the Judas Goat.

“Make yourself sheep and the wolves will eat you.”
(Benjamin Franklin’s 1773 letter)

Once the majority of the population have been effectively brainwashed and indoctrinated, these same people could then start enforcing their own tyranny. Now we have the combined tyrannies of both the governments and the misled majority to deal with.

The majority might be eager to be tested, adulterated and vaccinated; repeatedly and endlessly.

This same majority might happily support and enforce the edicts of their governments and then impose their collective will on the minority.

When is the coin going to drop if ever for some people?