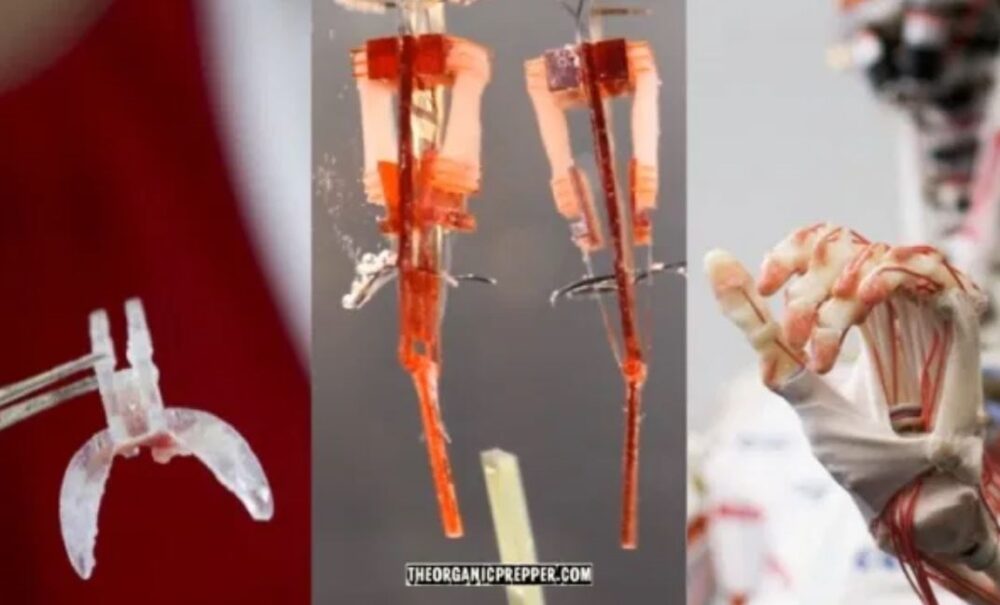 Scientists Have Created Programmable Robots Made of LIVING TISSUE. What Could Possibly Go Wrong?

Everyone knows that robots aren’t living beings right? Well, we did. That is, until scientists and developers recently announced how they have bridged some of that gap between living and non-living beings. 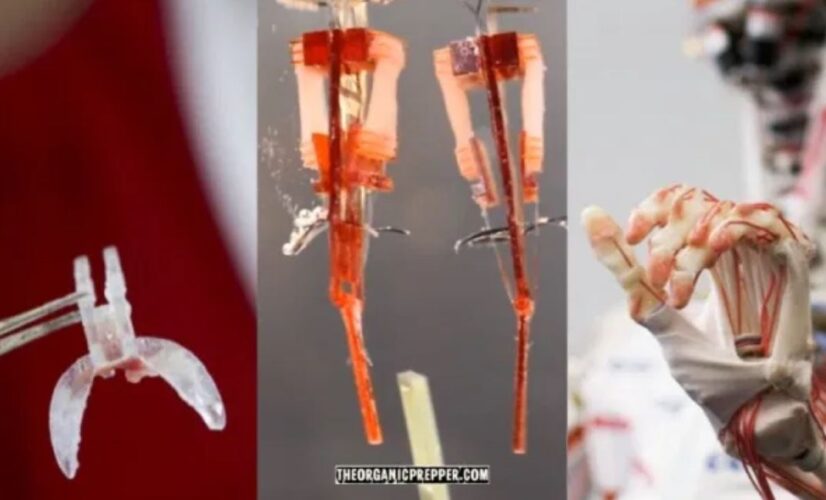 This new development is a combination of artificial intelligence and biology. In fact, only this week, a research of roboticists and scientists published what is being referred to as a “recipe for making a new lifeform” called xenobots. The xenobots are made from stem cells and the term xeno comes from the frog cells (xenopus laevis) which are used to make them.

One of the researchers involved described the new creation as “neither a traditional robot nor a known species of animal” but instead it is a “new class of artifact: a living, programmable organism.”

File this under “What Could Possibly Go Wrong?”

What is a xenobot?

The xenobots are less than 1mm long and are contain 500-1000 living cells. They have a number of shapes, mostly simplistic with some having squat “legs.” They are able to propel themselves in linear or circular directions, move small objects, and join together to act collectively. They are able to live up to ten days using their own cellular energy.

Scientists claim that these new “reconfigurable biomachines” can improve human and animal health, but there are many concerns from legal and ethical standpoints.

In order to make xenobots, the researchers had to use a supercomputer to test thousands of random designs of simple living things that are able to perform certain tasks.

The computer itself was programmed with an AI “evolutionary algorithm” so that it could predict which living organisms would likely show the ability to perform useful tasks such as moving toward a target.

After selecting the most promising designs, the scientists then attempted to replicate the digital models with frog skin or heart cells which they joined together by using microsurgery tools. The heart cells are able to contract and relax which gives the organisms motion.

There is no doubt that the creation of xenobots is groundbreaking.

But it should be made clear that despite being called “programmable living robots,” they are actually completely organic and they are made of living tissue.

The term “robot” is used because xenobots can be configured into different shapes and forms and then “programmed” to target certain objects which they will unwittingly seek. They are also able to repair themselves after they are damaged.

What are the uses and risks?

Arguments about the value of xenobots versus their risk are already being made. Some have suggested that they could be used to clean polluted oceans by doing things like collecting microplastics.

Others have suggested they could be used to enter confined or dangerous areas to retrieve or analyze toxins and radioactive material. Still others have asked whether or not they can be used to carry drugs into human bodies, repair a patient’s tissue, or target cancer.

Because they are biodegradable they would have an edge on current technologies that are made of plastic or metal.

Other researchers want to use these xenobots to help further understand living and robotic systems as well as improve the use of AI.

On the other hand, many are considered that these new life forms could be used to hijack life functions for malevolent purposes in the same way they are used to target cancers. Others warn this new creation is unnatural and amounts to playing God.

But many are more concerned with the potential for malicious use or even devastating unintended consequences like what we have seen with nuclear physics, biology, chemistry, and AI. One such possibility would be the use of xenobots for biological warfare purposes.

Another concern is that future versions of xenobots, which are expected to be able to reproduce at some point, could “malfunction,” go rogue, and out-compete other natural species.

It should also be mentioned that, in order for xenobots to complete complex tasks, they would need a sensory and nervous system, which might result in sentience. A sentient programmed organism raises ethical questions, to say the least.

The xenobot’s creators have rightly acknowledged the need for discussion around the ethics of their creation.

The 2018 scandal over using CRISPR (which allows the introduction of genes into an organism) may provide an instructive lesson here. While the experiment’s goal was to reduce the susceptibility of twin baby girls to HIV-AIDS, associated risks caused ethical dismay. The scientist in question is in prison.

When CRISPR became widely available, some experts called for a moratorium on heritable genome editing. Others argued the benefits outweighed the risks.

While each new technology should be considered impartially and based on its merits, giving life to xenobots raises certain significant questions:

Lessons learned in the past from advances in other areas of science could help manage future risks, while reaping the possible benefits.

The truth of the matter is that scientists have taken a giant leap forward in the agenda for the future set out long ago, where humanity begins to merge with machines and where humans are led into the sheep pin thinking they are the shepherd.

700+ Children Remain in Detention at US Border Previous post
Billy Boy, the World Bank and Crony Capitalism All Waging War Against Indian Farmers Next post